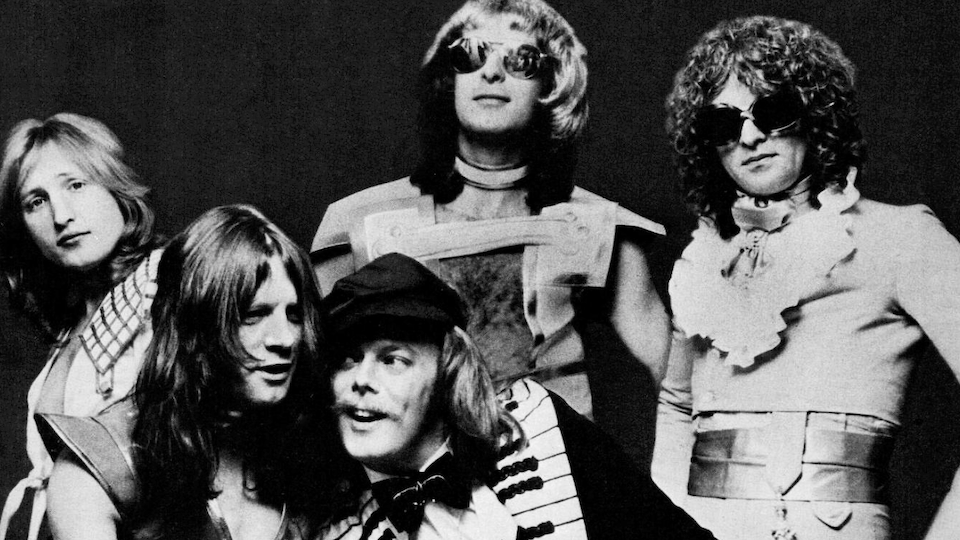 When you think of the 1970s, certain bands come right to mind. For the most part, these are the groups that you hear on a classic rock station or streaming platform. It will typically include Led Zeppelin, Black Sabbath, the Stones, Pink Floyd, The Allman Brothers Band, Lynyrd Skynyrd, AC/DC, and several others. It’s a pretty narrow list.

However, there are more great bands that are seldom mentioned. Some did have success in the United States, but for whatever reason are now rarely heard of. Several bands were much more successful in other countries such as the UK and developed a following here in the US. Here are a few overlooked bands worth checking out (or in some cases, digging in deeper).

The first band is Hawkwind. The group was formed by guitarist and singer Dave Brock and guitarist Mick Slattery in 1969 and is considered one of the first “space rock” bands. Their music is a mix of hard-driving rock, heavy metal, and psychedelic rock mixed with electronic and keyboard elements. One of their standout albums, In Search of Space, released in 1971, demonstrates this space rock theme with the track “Master of the Universe.” The music is so different than what most had heard before and may have been a reason why radio tended to shy away. This is true even in a decade where the rise of FM radio provided for more experimental music.

Blue Oyster Cult may raise some eyebrows being put in the category of “overlooked bands” because they did have some success. Their biggest hit, “Don’t Fear the Reaper,” is still played, however, their catalog is much larger. Their second album Tyranny and Mutation is a classic that many are not familiar with since it came out before their chart hit. Two strong tracks from the release are “Hot Rails to Hell” and “The Red and the Black.”

Although they’re sometimes mentioned as being one of the first punk/glam rock bands, Mott the Hoople had limited success. The band was going to split up until a very big fan by the name of David Bowie convinced them to stay together. Bowie wrote their most successful song, “All The Young Dudes,” released in 1972. It marked a turning point for the band, and a couple of other fairly successful albums followed. However, as is true of many groups, there were several member changes and the band never reached their full potential.

The New York Dolls are recognized as one of the first punk rock bands, with their influence felt in bands including the Sex Pistols, the Ramones, and even Guns N’ Roses. The albums, New York Dolls (1973) and Too Much Too Soon (74) are cult favorites. Despite not having much commercial success, there’s no doubt that the Dolls were well ahead of their time; two of their strongest tracks are “Personality Crisis” and “Trash.”

Formed in London and named after a Dickens character, Uriah Heep has been credited as early innovators of hard rock and heavy metal. Although the group achieved success in the early 70s, they’re rarely heard now on radio. The band still remains together with twenty-four studio albums and several live and compilation releases. Like most bands, there have been numerous lineup changes along the way. Two of their early albums, Demons and Wizards and The Magician’s Birthday both released in 1972 were some of their most popular releases. “Easy Livin’“ and “Sweet Lorraine” were stand-out singles. The band is touring in 2022 and releasing a new album.

So just because these 70s bands have fallen below the radar in recent decades, there are still plenty of good reasons to give ’em another listen.

11 comments on “Some Overlooked Bands of the 70s”