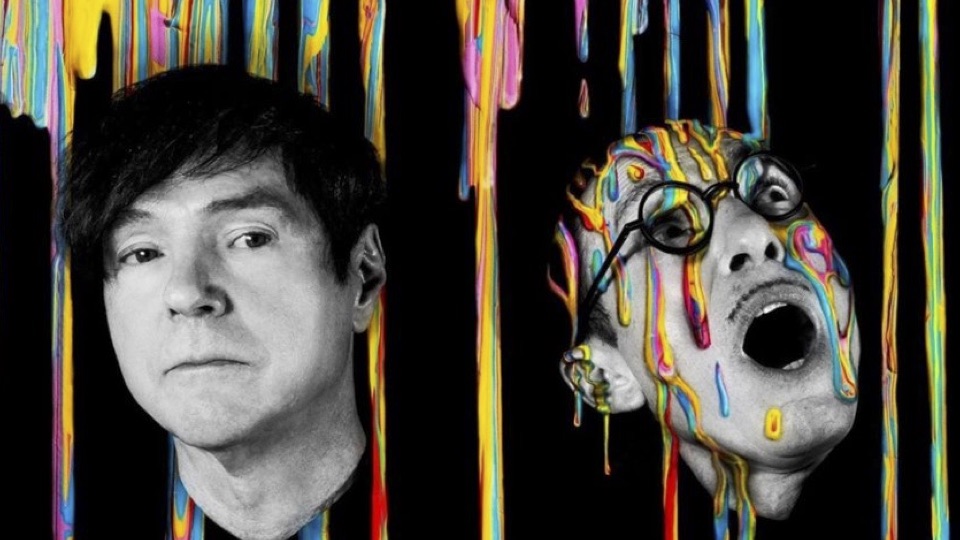 Siblings make interesting duos in rock. Take The Kinks, a band that harbors two brilliant, if fiery, songwriters or Oasis, a rock group that had Gallagher junior on vocals and Gallagher senior on guitar. Then there’s The Darkness, an excellent heavy metal band fronted by a sibling songwriting team. The Jesus and Mary Chain also depends on two brothers as co-writers, whereas Martin Kemp seems content to let his big brother Gary handle Spandau Ballet’s lyrics. Kings of Leon are three-quarter brothers, and The Jackson Five were a family five-piece. Colin and Jonny Greenwood are two of Radiohead’s indispensable members, a membership open to new genres. That neither Colin and Johnny sing is likely a blessing; Bee Gees Barry, Maurice and Robin Gibb regularly fought among themselves for the vocal spotlight.

In the middle of all of this is Sparks, one of the 70s most unique units. They were contemporaries of Queen, 10cc, and David Bowie, and yet outwitted all of them for weirdness. For one, they had a keyboardist whose mustache recalled Charlie Chaplin’s in The Great Dictator. Conversely, Sparks had a gorgeous lead singer, whose long, wavy hair seemed a cross between Graham Gouldman’s and Jimmy Page’s. These were the Mael brothers, Ron and Russell Mael, men who acted, literally, as Sparks co-frontmen. American anglophiles, the duo’s detached idiosyncratic qualities baffled listeners from both countries.

And yet 1974’s guitar-heavy “This Town Ain’t Big Enough For The Both Of Us” was anthemic enough to send it rocketing to the UK no.2 position. The parent album Kimono My House continues to get glowing reviews to this day and was deservedly placed in the seminal 1001 Albums You Must Hear Before You Die book.

The Mael brothers count Giorgio Moroder, Todd Rundgren, and Scottish indie band Franz Ferdinand among their collaborators. Under Moroder’s watchful eye, Sparks enjoyed disco hit “The No.1 Song In Heaven” in 1979. Re-recorded in 1997, the song hit the US Billboard Dance Chart top thirty. 2002’s excellent Lil’ Beethoven sparked newer interest in the glam rock duo, an interest that has not wavered in the last eighteen years.

These days, 10cc are a touring band, as are Queen, and Bowie is sadly no longer with us. Which leaves Ron and Russell as the last two standing from the outstandingly odd seventies. One of 2020’s most inventive efforts, A Steady Drip, Drip, Drip, shows the world how idiosyncratic pop should be done. And no wonder, with titles as diverse as “Nothing Travels Faster Than The Speed of Light” and “Sainthood Is Not Your Future.” Ron’s fingers splash through the stormy “Stravinsky’s Only Hit”, a song that makes good use of Russell’s impossibly high falsetto. The stomping “I’m Toast” comes closest to cyber-punk, as the throbbing drums escalate behind the duo. It’s not as light-weight as it sounds, “Self-Effacing” opening listeners into the frailties a rock star faces, while “Please Don’t F*** Up My World” seems strangely prescient to this exact pandemic.

It’s all very nice, but there’s a niggling feeling that we’d like to hear a deliciously nonsensical track that can stand beside wacky pop vignettes “Beat The Clock” and “Never Turn Your Back On Mother Earth.” And then it arrives, twelve tracks in, as “The Existential Threat” gears up to the pantomime “eleven.” Ron’s vaudeville piano kicks off a synth-rocker that ultimately leads into a slippery sax solo. Helium high in vocals, the song seems cut from the seventies; a high bar to compare to, but one the track deserves.

And they’ve done it again, this terrific twosome. They’ve shown that the parameters of pop bows to their needs and theirs alone.

1 comment on “Sparks Set Off “A Steady Drip, Drip, Drip””