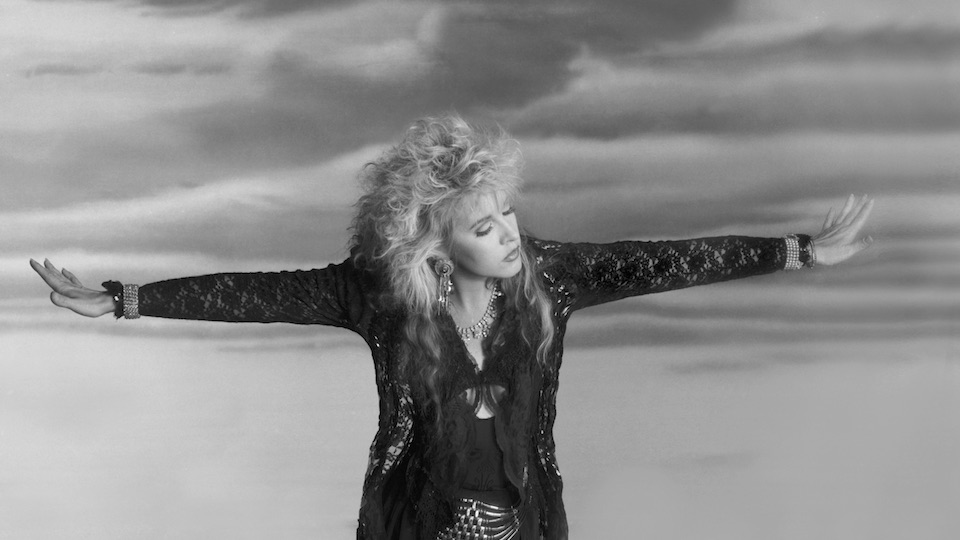 Stevie Nicks, Fleetwood Mac’s fluorescent vocalist, is unveiling a collection of her more exceptional songs. Rhino Records has compiled Stand Back with various formats being delivered over the next few months. The one-disc set — released on March 29 — includes sixteen of Nicks’ more indelible tunes, including “Edge of Seventeen,” “Stand Back” and hit duets with Don Henley and Tom Petty (“Leather and Lace” and “Stop Draggin’ My Heart Around,” respectively). Live renditions of two songs she wrote for Fleetwood Mac, “Dreams” and “Gold Dust Woman,” are also featured. For the completists, a 3-CD version will then be released on April 19, followed by a 6-LP vinyl version on June 28. Uncoincidentally, it coincides with her induction into the Rock and Roll Hall of Fame as a solo singer. Incredibly, she is the only woman inducted twice, despite the echelon of male members (Jimmy Page, Paul McCartney, Peter Gabriel, Neil Young) inducted on more than one occasion. Erstwhile One Direction star and Mac-aficionado Harry Styles inducted his idol for her impressive solo trajectory, which coincides with a Fleetwood tour.

“I never wanted a solo career,” Nicks tells Rolling Stone. “I always wanted to be just in a band. But I just had so many songs! Because when you’re in a band with three prolific writers, you get two or three songs per album — maybe four. But I was writing all the time, so they just went into my Gothic trunk of lost songs.” Rather than store them, this boxset exemplifies the proclivities which differed Nicks from Lindsey Buckingham and John McVie. The three-CD set compartmentalizes itself into Nicks tracks (Disc One) Nicks singing with other singers (Disc Two) and Nicks chanting live (Disc Three). Nicks has Belinda Carlisle’s thrust, Sheryl Crow’s virility, Lorde’s taste for the excogitative and Kate Bush’s stamp on the iconographic. Her third solo single (“Edge of Seventeen”) and first without a male co-vocalist, stamped the freedom that a punchy rock ballad should bestow. E Street Band keyboardist Roy Bittan, drummer Russ Kunkel, guitarist Waddy Wachtel, bassist Donald “Duck” Dunn and individual members of the Heartbreakers fire all over a track onto which Nicks delivers her husky timbre. Like Phil Collins’ “In The Air Tonight,” it’s a muscular radio anthem with punch and like Collins’ drum-heavy track, Nicks’ calling card inside or outside Fleetwood Mac. A triumvirate of platinum albums followed – The Wild Heart (1983), Rock A Little (1985), and The Other Side Of The Mirror (1989), each more inspired than Mac’s insipid post Tusk work. Titles “Planets Of The Universe” and “Secret Love” demonstrate a taste for the unconventional even at her most commercial. Her most recent work, 24 Karat Gold: Songs From The Vault, invited listeners on Nicks’ personal journey from past to present, complete with Dave Stewart’s sophisticated production style.

Nicks recently worked with drummers Dave Grohl and Taylor Hawkins in 2013. Collecting their combined talents for Sound City: Real to Reel, Nicks’ hurried vocal crashes more furiously than the cymbal play on a heartfelt tribute to her deceased godson. Nicks sang the warm “Beautiful People Beautiful Problems” with Lana Del Rey. Two esoteric artists, one contemporary, one venerable, come together with harmony more potent than their vocal trade-off. Nicks’ vocal rasp is apparent on album closer “Your Hand I Will Never Let It Go”, a sickly-sweet tune which featured in Colin Trevorrow’s misunderstood Book of Henry.

Stand Back is an enigmatic addition to the astonishing number of boxsets bought and cherished by musicologists and music lovers worldwide. It’s simply a gold dust collection of great songs.

4 comments on “Stand Back: Stevie Nicks”