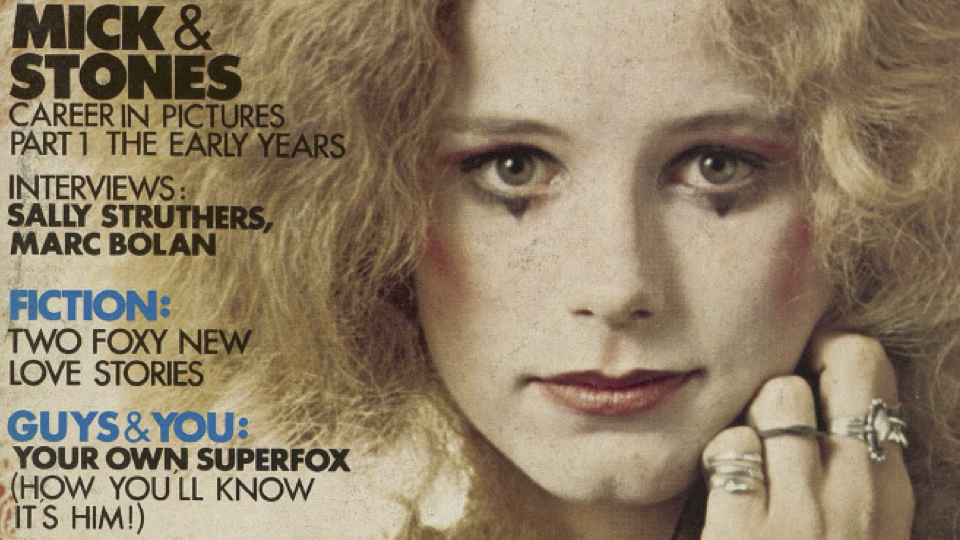 Women’s magazines in the 1970s combined an uneasy mixture of liberation and sexism—the advent of the ERA and The Pill opened the door to freely discuss and declare sexuality and equality but only up to a point and only if the goal was to get a man’s attention. If the table of contents were accurate, women back then were interested in sex, fashion, and astrology. But what were young girls interested in? The same things, according to Star, a short-lived periodic publication aimed at teens and tweens who aspired to join the popular “baby groupie” brigade.

As the new decade dawned, albums and concerts were generating more money worldwide than any other form of art-related entertainment, including movies, books, and live theater. Pink Floyd’s Dark Side of the Moon charted for weeks, months, and years on end, while Led Zeppelin’s albums all went multiplatinum and the band broke concert attendance records left and right. These purveyors of “cock rock” caused countless impressionable, hormonal schoolgirls to save their lunch money to buy LPs, singles, concert tickets, and magazines featuring their faves. They dreamt of being rock star arm candy, riding in flashy limousines and private jets, being treated to front-row seats, and getting an inside look at luxury hotel suites. But how to get from fantasy to reality?

Enter Star magazine (not to be confused with the current tabloid of the same name) which hit the stands in February of 1973. It was like Cosmopolitan, but for kids. They featured interviews with the day’s hottest musicians and celebrities, dispensed makeup and fashion tips, had quizzes, an advice column, cartoons, racy fiction, nudes of bubblegum pop icons like David Cassidy, and articles on how to snag a man (preferably one with a guitar).

The magazine’s format was determined by a freewheeling editorial staff, not its parent company—Robert and Margie Peterson, who owned the Peterson Publishing building that held Star’s offices, were committed Christians who did not approve of the monthly’s carefree content. Some of the more eyebrow-raising pieces were titled: “Are You Ready for An Older Boy?,” “Is One Boy Really Enough?,” “Love Curse of the Devil’s Pentacle,” and “Sunset Strip Groupies.”

In a Q&A conducted at the popular Hollywood teen rocker club Rodney’s English Disco, super-groupie Sable Starr, who was sixteen, gave the following advice to aspiring fans who wanted more than just an autograph: “If you’re the aggressive type, the flashy type, you make it. You have to be very flashy, sometimes even sleazy-looking … sort of cheap-looking. You just have to be noticed, you know, because you can’t just stand in the crowd hoping that one of the guys in the band will notice you. If you want to be a groupie, you should hang around by their limousines, backstage, or at the hotel.” When asked if her parents knew what she was up to, Sable said, “I live at home but I just say ‘hi’ and ‘goodbye.’ I just sleep there and that’s about it.”

While parental patrol was looser in those days, apparently not every housewife was zoned out on “mother’s little helpers” because after just a few months on the stands, the proverbial torches and pitchforks came out and Star was forced to fold after just five months in circulation. They printed a sixth issue but it was never released.