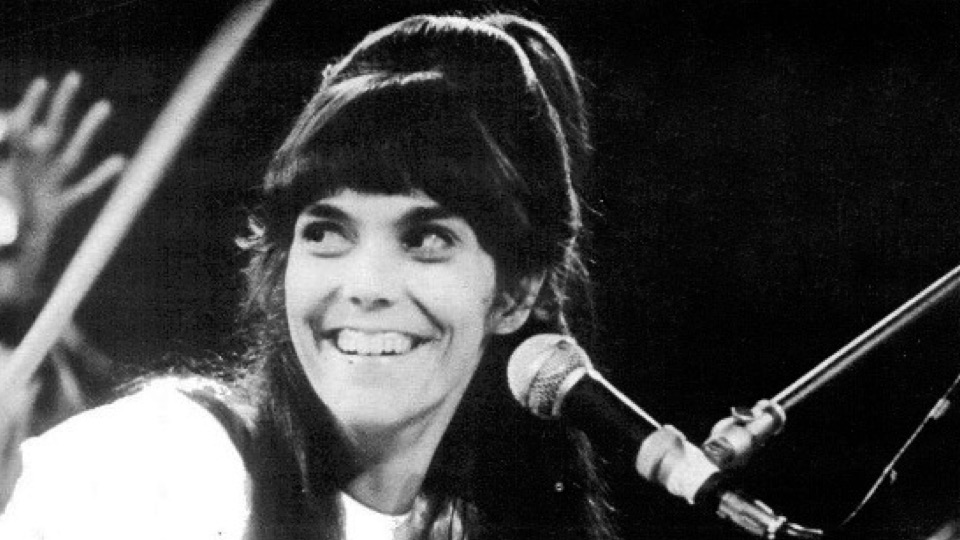 By 1977, The Carpenters had had several hits on Billboard and sold millions of records, but there was one thing they hadn’t been able to reach: critical acclaim. The press wouldn’t come around to them until the 90s, well past the point of the band’s hot streak (and the tragic death of Karen in 1983) when alternative darlings like Sonic Youth expressed a not-so-ironic appreciation for their music during the Decade of Irony.

Still, that doesn’t mean they didn’t strive for respect. That’s in big part how you get Passage, their eighth studio album. It was a clear departure from their usual sound — to say the least.

It featured everything from country to show tunes, and probably one of the most unexpected covers of the ’70s; the Carpenter’s own version of Klaatu’s Calling Occupants Of Interplanetary Craft. As if such a title wasn’t long enough, they made sure to add the tagline “The Recognized Anthem Of World Contact Day” about establishing communication with aliens.

And the weirdest thing is that this risk kinda worked. Kinda.

Klaatu was a Canadian band that won some fame in 1976 when the rumor started that they were secretly The Beatles, and Calling Occupants had some minor chart success. At first, it didn’t seem like a natural song to cover for the brother-sister team, but context matters. Music’s landscape was transforming: the moment for soft rock and sugary ballads was starting to fade away, and disco struck with full force.

And to be honest, even at their prime, compared to other big names, The Carpenters were never truly “cool,” and as the decade progressed, they seemed like a relic of a different time.

So while it was expected for them to not see the critical acclaim other acts received, now even the commercial success wasn’t even a guarantee moving forward. They either adapt to the times or become irrelevant.

Did it make sense to release such an unusual cover? At the time, I’d say yes. 1977 was also the year of sci-fi and space opera movies that changed cinema forever. Star Wars made aliens and starships cool.

It wouldn’t last, but when a disco and orchestra re-working of the film theme was a hit in their own right, you can’t blame The Carpenters for thinking it was worth a shot.

But the strangest part isn’t the fact that such a cover was attempted at all, but after all was said and done, The Carpenter’s version… works.

The arrangements and variations surely helped, but the key is Karen Carpenter herself. The contradictory fact is that what made her successful was also what ended up limiting that same success.

Karen’s voice was a little unusual; she wasn’t the bombastic balladist, nor the raspy rocker. She wasn’t a disco queen. She had a more ethereal, otherworldly vibe, and a very distinctive tone. In biological terms, she was a highly specialized animal for her environment, but outside of it, she struggled to adapt.

And yet, she found the right place in such a strange song. If anything, those same “cons” played strongly in her favor. With an “out of this world” voice, let’s sing about making contact with extraterrestrial life. If The Carpenters came off as too sugary, who better to make an invitation to whoever listens through the stars? Others already did space-themed songs? Yeah, I think this is still different enough to not be confused for a David Bowie track.

Their cover reached 32 on the Billboard 100; it surely is higher than Klaatu’s original version but low for what was expected from the siblings. It’s easy to write off the song — as well as the entire album — as a failure, but remember that the music panorama was already transformed. By then, their style was already out of place and there was a clear trend of diminishing returns from their previous singles.

Hindsight has been pretty generous with this song. True, it’s not one that immediately pops into everybody’s mind when we remember the duo, but even to this day it still has a cult following. In 2016, the British documentary series The Nation named it their fifth favorite song from the band. In terms of reaching “new artistic ground,” it makes more sense than Liz Phair going from indie darling to Avril-Laving-esque rock-pop or Garth Brooks going from country superstar to a proto-emo balladist. and seems to be at least more fondly remembered, you could even argue that this weird experiment fits even better with the cult it developed in the ’90s.

In the end, Calling Occupants performed by the Carpenters was weird… but just weird enough to do alright.

12 comments on “The Carpenters and The Weirdest Cover Song Ever”