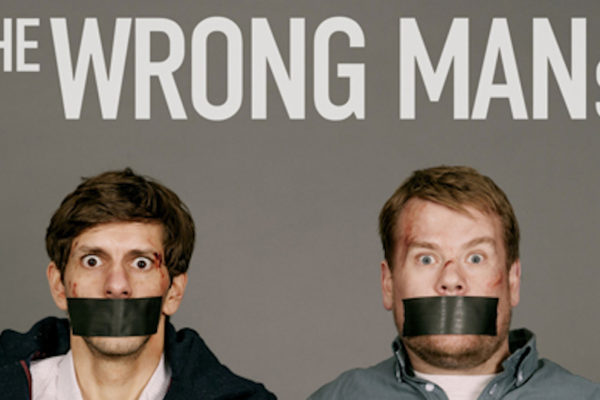 The reluctant warrior is one of the great archetypes of history and literature. From the real Roman consul Cincinnatus, who left his farm to save the empire, to Luke Skywalker, who dealt with Empires of his own, the Hero’s Journey is baked into our collective consciousness. Our own era has spawned many of its own, more humble, takes on the myth, among the best of which is the Hulu comedy The Wrong Mans. The co-creators, UK’s Mathew Baynton and The Late Late Show’s James Corden — who worked together on BBC’s Gavin and Stacey, itself a charming sitcom – wanted to create a comedy that incorporated the intricate twists of a bona fide thriller.

They came up with a plot revolving around two anonymous schlubs, Baynton’s Sam Pinkett and Corden’s Phil Bourne. They shuffle through drab office jobs, but then become entangled in a deadly serious web of crime, conspiracy and corruption after Sam answers a ringing cellphone at the site of a car crash. Over two seasons, the misadventure takes them from bucolic Berkshire County in England to witness protection in Texas and back again. Along the way, they best a whole series of really nasty bad guys while struggling to get back to Sam’s lifelong love and Phil’s ailing mum.

Suffice to say The Force is with them.

Two different, more Millennial, twists on the theme come via our Toronto-based friends at iThentic, producer of quirky short-form web series. Save Our Skin follows Ben and Stephen, two hapless British geeks who wake up in New York City only to find that the entire human race has vanished. Goofier still is Space Riders: Division Earth.   When a case of mistaken identity throws two slacker nobodies into the path of your usual intergalactic supervillain, they must fight to save themselves – and the planet. If you harbor any affection for Mighty Morphin Power Rangers, this will ring a bell.

These latter two series are in a different, um, class than The Wrong Mans, but they go to show that the classic myths will always evolve to suit their times.

Photo credit: Fair use image of The Wrong Mans

2 comments on “The Doofus Heroes of “The Wrong Mans””