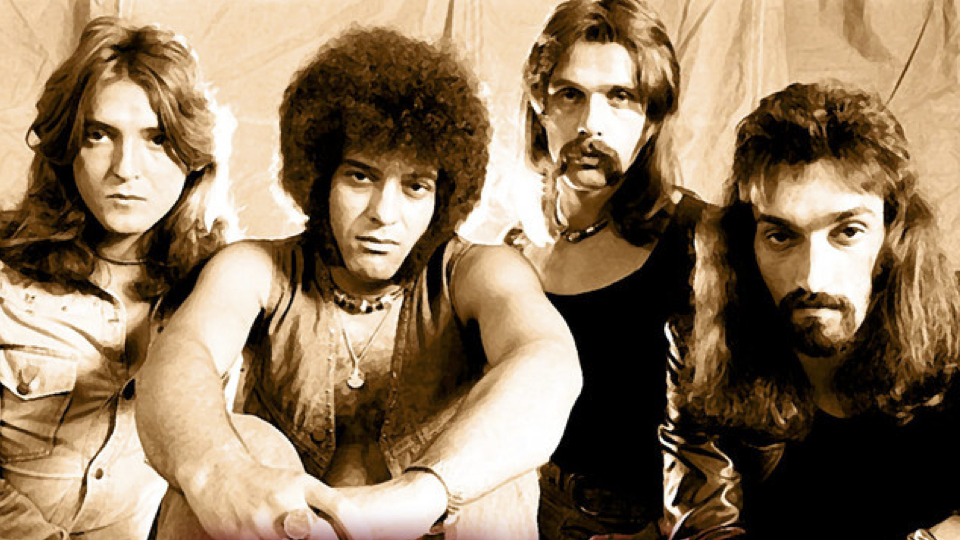 Let’s conjure up a visual of the band that summed up summer in 1970. We’ve got four English blokes exuding a relaxed hippie charisma. They are neither glam nor grim, just enjoying their jam. They play with verve and a raggedy beat that’s yielded one of the great earworms of the past half-century.

The song is “In the Summertime,” and the band is Mungo Jerry. While they never had another big hit stateside (though they continued to do very well in the UK), this quirky tune has become the musical definition of sweet, lascivious summers. It was written in a matter of minutes by lead singer Ray Dorset, who sports mutton chops as big as his grin. The genre is far less rock and roll than skiffle and jug, with a bandmate blowing into a jug at regular intervals, boogie-woogie keyboards, and the pounding of really large boots in place of a conventional drum set. Its universal catchiness and unique sound made it a one-time global hit, one that’s been lifting spirits for generations.

The lyrics serve up bubbly cleverness and a shameless obsession with chasing women once the temps start spiking.  “In the summertime, when the weather is hot, you can stretch right up, and touch the sky/When the weather’s fine, you’ve got women, you’ve got women on your mind.” There are other testosterone-y references sprinkled throughout, but there’s also an unjaded enthusiasm that appeals to people of all ages.

It’s fair to acknowledge that some of the lyrics have, shall we say, aged mortifyingly. One of Mungo Jerry’s members admits today that he would have chosen different lyrics than, “If her daddy’s rich, take her out for a meal/if her daddy’s poor, just do what you feel,” not to mention “Get a drink, have a drive, go and see what you can find.” In fact, the latter line was the background music for a cautionary ad against drunk driving.

But the overall vibe is about kicking back and enjoying the possibilities that life has to offer. For all the raging hormones insinuated throughout, this is also a group of four young men who belt out, “Sing along with us, dee dee dee dee dee/Da da da da da/Yeah, we’re hap-ap-y,” with an endearing absence of snark.

The structure of “In the Summertime” has some fun idiosyncrasies. For example, the tune written by Dorset was a little too brief at just over two minutes, so at that point in the song, a “vroom, vroom” sound effect meant to evoke motorcycles hitting the road was looped in. Then…they just play the opening stanzas a second time without any variation to pad out the piece to a radio-friendly three minutes. The video also hilariously fetishizes the enormous tapping booted feet that become the de facto percussionists. There’s also some rhythmic mouth-breathing that plays like another instrument in the mix.

The old-timey stylings, hippie musicians, funky visuals, and air of pure celebratory fun add up to “In the Summertime” being a righteous “One-Hit Wonder” for the ages. Few tunes have gotten generations of people celebrating the loose sweetness of summer days in all their naughty simplicity and glory.

9 comments on “The One-Hit Wonder File: “In The Summertime””