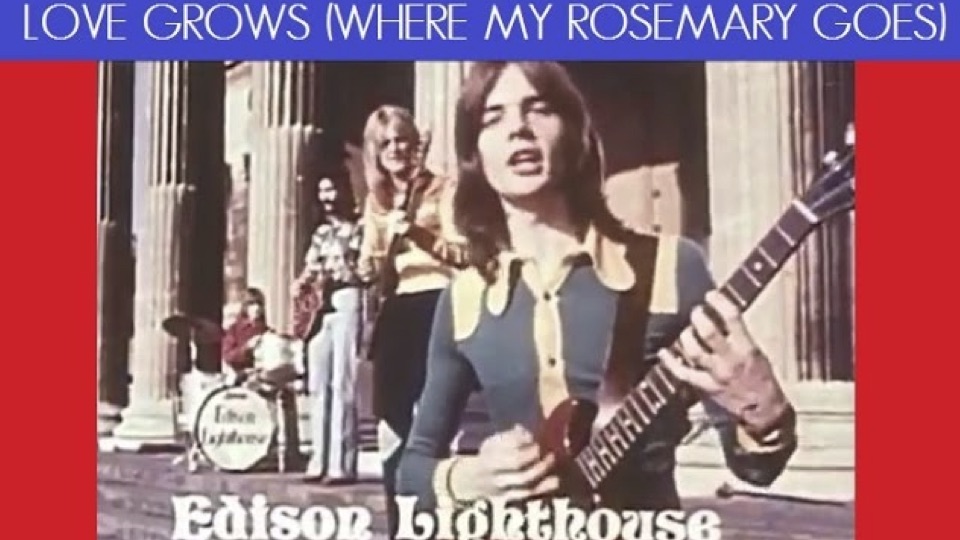 Straight from the off, Edison Lighthouse’s “Love Grows (Where My Rosemary Goes)” captures more in three minutes than most bands create over a whole career. It’s like a shopping list of delicious (pop) ingredients.

An extraordinary soundscape of strings, detailing the impassioned impulses of an impatient lover? You got it!

And then there’s the chorus:

“There’s something about her hand holding mine

She’s really got a magical spell

And it’s working so well

That I can’t get awayyyy …”

The song is by any definition, a classic. But it was far from the only classic ‘go-to’ singer Tony Burrows crooned. There were the Beach Boys-esque harmonies he added to the soaring “Let’s Go to San Francisco” by The Flower Pot Men, the co-lead vocals he blasted with The Brotherhood of Man, not to mention his rendition of “Gimme Dat Ding,” tailor-made by Albert Hammond. He was “The Man Of 1000 Voices,” a moniker that aptly described the many ways in which he could tackle a tune. As is the lot of a session musician, the majority of his vocal contributions are credited under a series of pseudonyms, monikers, and band names. Yet fame wasn’t Burrows’ greatest priority. “We were too busy making a good living to stand back and earn a fortune,” Burrows admitted in 2011; “That’s basically how I feel, but I’ve been very comfortable.”

Although the song had originally been recorded by British artist Jefferson, Burrows brought Edison Lighthouse to the top of the UK charts in the winter of 1970, marking a monumental change in the sphere of Seventies pop. The first British Number One of the 70s, “Love Grows (Where My Rosemary Goes)” benefitted from producer Tony Macaulay’s lush production value and idiosyncratic melody (one Macaulay co-composed with Engelbert Humperdinck mainstay Barry Mason). Buoyed by the triumphant success, Macaulay formed a live unit under the Edison Lighthouse banner, though Burrows — stretched thin over the many pop pieces aching for his versatility — declined the opportunity to tour with them.

Guitarist Stuart Edwards found the decision a disappointing one but carried on playing with Edison Lighthouse: “Undeterred, we decided to hit the road as our original four-piece under the new name. For the next 12 months, we toured, virtually, nonstop. We were mainly in the UK and Europe. Our intended American tour fell through at the last minute and we never did make it to the States. We did play Cornwall incidentally. The only venue I can remember was The Blue Lagoon at Newquay. But, I do remember it being a very enjoyable leg of the tour.”

Burrows, however, did join the troupe for a rousing rendition on Top of The Pops, applauding with the audience members who threw themselves into the joyous atmosphere. As it happens, it was Burrows’ third appearance on the show, though this was unbeknownst by those in the audience: different hair, I suppose!

Burrows, Edwards, and Macaulay further collaborated on the piano-heavy “It’s Up To You Petula,” a maudlin ballad scarcely better than the other tracks that made up Edison Lighthouse’s Already. Macaulay later produced a version of “My Baby Loves Lovin'” under the Edison Lighthouse band/brand name, a song originally written for Burrows’ blistering baritone (who else?).

Many vocalists have sung for Edison Lighthouse, either on stage (at this time of publication, a touring configuration of the “band” exists) or on record. However, none have channeled this great 70s song as fluidly, expertly, or as honestly as Tony Burrows did.

2 comments on “The One-Hit Wonder File: “Love Grows (Where My Rosemary Goes)””