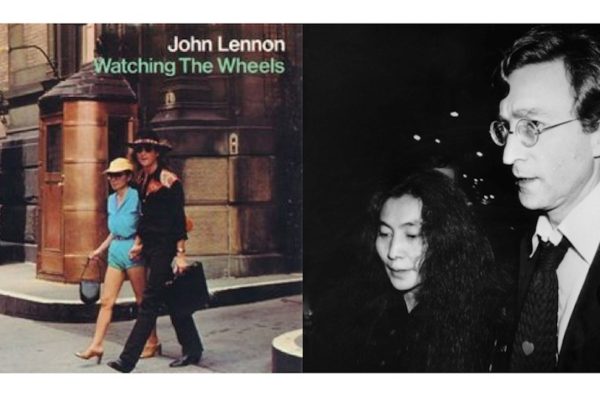 On Jan. 9, 2018, New Jersey-native Paul Goresh died at 59 years old. While many Beatles fans might not know his name, they most certainly know his work. On December 8th, 1980—the darkest day on the Beatles’ calendar — Goresh, then 21, photographed John Lennon signing a copy of Double Fantasy for Mark David Chapman, the man who would murder the former Beatle just a few hours later. For Goresh, Dec. 8 marked yet another opportunity to catch a glimpse of his idol in the flesh. Armed with his Minolta XG1, the amateur photographer took up what had become his usual post outside the Dakota, the Gothic Central Park West apartment building where Lennon lived with Yoko Ono and their five-year-old son Sean.

Goresh first met Lennon and Ono back in February 1979 after stirring up the courage to visit them in their apartment. “When I knocked on the door I didn’t expect John himself to answer,” Goresh later recalled, “but there he stood, gold-rimmed glasses, chewing gum and smiling.” Apparently, Goresh’s enthusiasm had gotten the better of him, and he rapped a little harder on the door than he planned. “I thought it was the cops,” Lennon quipped as he opened up the door.

In the latter half of 1980, after Lennon and Ono had begun working in the studio again, Goresh set up a virtual encampment on the Dakota sidewalk. “Between August and December 1980,” he wrote, “I think I spent more time at the Dakota than doing anything else.”

For Goresh, his casual meetings with Lennon outside the Dakota were a dream come true. “I will always cherish the meetings I had with John. He was very gracious to me, and the more I saw and photographed him, the more charming he became. John always took several minutes of his precious time for me, although the word ‘precious’ doesn’t justly describe what my many times with John mean to me. In the almost two years I knew John, he was always a gentle, kind person.” In November 1980, Lennon turned the tables on the amateur photographer, good-naturedly posing for a picture with Goresh.

For Goresh, Dec. 8, 1980, understandably held a vivid place in his memory. “It was the last day I ever saw John,” Goresh later recalled. “He said to me that evening, as he was leaving the Dakota, ‘I’ll see you tomorrow,’ for we had arranged for me to show him some photos I had taken of him and Yoko on December 2nd. John never saw these photographs, and neither of us realized I was going to take two very important photographs that very evening — one of John and the one of the people who was to take him from us.”

As it happened, Goresh’s photographs would be the very last images of John alive, including the photograph of the 40-year-old Lennon signing an autograph as the man who would later murder him looks on. “After John got into the limousine,” Goresh recalled, “he waved goodbye to me as the car pulled away. That wave will always be very special to me.”

As for Lennon’s killer, Goresh didn’t give the 25-year-old Hawaii native a second thought. “Nobody picked up any sign of (Chapman) being a danger,” Goresh later remarked. “He looked like the kid that got picked on in the school playground. He looks like if you blew on him he would have fallen over. If you cracked him in the jaw he would get knocked out. There was nothing to the guy.” Just five hours later, Chapman would murder Lennon after he returned from the Record Plant, where he and Ono were putting the finishing touches on a new single entitled “Walking on Thin Ice.”

For Goresh, the news of Lennon’s death left him with a great sense of personal loss. But over the years, he would find solace in John’s final gift to him. In the last weeks of the Beatle’s life, Lennon and Goresh enjoyed a running joke involving an autographed copy of John’s 1965 book A Spaniard in the Works. Somehow, the book never quite seemed to find its way into Goresh’s hands, shuttling between the Dakota’s front office and Lennon’s apartment upstairs. But on December 8th, the mystery finally seemed to have been resolved, with Lennon telling him that he had finally signed Goresh’s copy of A Spaniard in the Works. “Don’t forget your book!” said Lennon as he departed for the Record Club with Ono. For his part, Goresh couldn’t help but laugh at the thought of finally getting his hands on that elusive book.

A week after Lennon’s murder, Goresh came home to find the signed copy of A Spaniard in the Works in his mailbox. Devastated in his grief, Goresh not only found solace in Lennon’s parting gift, but also in Ono’s warmhearted embrace. “It was Yoko’s kindness which helped me accept John’s death a little more easily. She opened her doors and her heart to me,” Goresh recalled. She even chose one of Goresh’s photographs to adorn the sleeve of the “Watching the Wheels” single, the final single released from Double Fantasy in March 1981.

But for Goresh, the photographer’s most salient memory would always take him back to that last afternoon with Lennon. “That smile, that wave, our handshakes that day are always imprinted fondly with lots of love in my heart.” In his own way, Goresh wasn’t merely a fan. He was one of us.

1 comment on “Everything Fab Four: Paul Goresh and the Last Days of John Lennon”