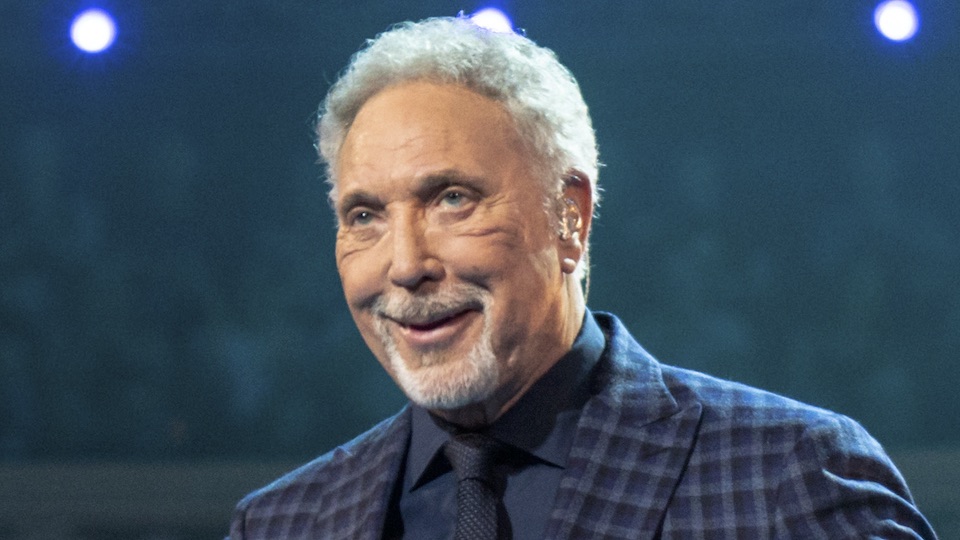 Can we determine if being an 82-year-old singer is worthy of discussion? Who not so coincidentally, still has a delivery that can blast out a person half their age. And twice on Sundays.

How is cool defined for a guy like Jones? For some of us of a certain generation, we’d be happy to remember a rogue-ish, good-looking singer who moved like the Tasmanian devil, sang his lungs out, and generally caused chaos with all the women surrounding him. Do you recall that fellow? Well, he’s still here if you weren’t aware and he’s still… kinda kicking butt.

No word of a lie, you can read half a dozen stories right now about Jones (knighted in 2006) that make you think “Wow, he’s still connected to today’s music.” And we’re not talking about Paul McCartney relevant (okay, maybe a little). Jones is a force to be reckoned with. Just standing up from his vaulted seat on The Voice UK belting out a song with ease makes judges like Jennifer Hudson and Will.i.am gape with awe.

To be honest, Tom Jones is a bit of a 21st-century mystery, appeal-wise. After exploding onto the music scene with 1965’s “It’s Not Unusual” (a song co-written by his Svengali-like manager Gordon Mills), and “What’s New, Pussycat?” Jones followed Mills’ advice, abandoned the pop star dressings, and became a power ballad crooner. Which actually worked. To his credit, Mills was a comrade – a fellow Welshman – who Jones could relate on a personal level. But he was also a man on the lookout for star power to represent. While Jones hit with “The Green, Green Grass of Home” on the Country charts and “Delilah” on the Pop charts, Mills found his next sensation: Arnold George Dorsey, re-named “Engelbert Humperdinck.”

Humperdinck of course hit pay dirt in 1967 with “Release Me,” and Jones started making waves with his TV show This Is Tom Jones. One could say Mills had the best showmen on Earth with their sizzling presence and matching Rolls-Royces. But what kept Jones at the top in visibility? Mills played him as single. Which he wasn’t.

Yes, Jones was married (with a son), but as was the case then, his wife Linda was pushed to the background. Jones’s reputation – courtesy of Mills – had to be one of availability. The appeal he portrayed (much like Humperdinck, who was also married) oozed sex and whether he was getting groovy with Janis Joplin, wiping his brow with napkins, or kissing every woman in the front row, his game had to be on.

But where did the dichotomy start to move Jones? While Mills thrust him into the Las Vegas spotlight, with less focus on hit records, Jones appeared to resent that transformation and has noted that in recent years. It didn’t hurt that he played along with full-on speed, panties raining down on the stage and getting tangled up in several public affairs. Jones went with it until things started to slide.

In the late ‘70s, Humperdinck felt he was not getting the attention he thought he deserved and left MAM, the record label Mills and Jones started in 1970. This set off Jones who even now is still openly hostile and angry towards Humperdinck when questioned. And a Jones dalliance that produced an illegitimate son (who he refuses to publicly acknowledge to this day) coupled with the 1986 death of Mills from stomach cancer, gave the industry (and his adoring fans) pause: was that it for the ‘Tiger?’’

But then his adult son Mark stepped forward to manage his father’s career. And the result has been a resurgence since the late ‘80s. First off was a collaboration with The Art of Noise, covering Prince’s “Kiss.”

This led to further left-field covers, including those with New Model Army, The Cardigans, and The Stereophonics. Ultimately, 2000’s “Sex Bomb” solidified his iconic stature with a certified dance floor hit.

There are no neat tie-ups when it comes to Jones, however. A consistently contradictory individual, he accepted a position on the BBC’s The Voice UK in 2012. While lauded as a mentor time and again, he was replaced after four years by Boy George. Jones bluntly told the BBC to go “f*ck themselves” about the change (with both sides offering different versions). But when the show moved to ITV, Jones was moved back in, stronger than ever.

A 2015 autobiography, Over The Top and Back was a rollicking best-seller, however, the following year his beloved wife and partner Linda succumbed to cancer. Jones sang a moving tribute to her on The Voice UK and slowly began to build back his momentum. His 2021 release Surrounded By Time went to Number 1 in the UK and the gravitas was not lost on the critics or the public.

Sir Tom shows no signs of slowing down or even stopping. He continues to tour, contributes regularly to his social media channels, and still causes gossip when he visits someone like Priscilla Presley. He’s a ruffian, a charmer, and a storyteller. This is Tom Jones.