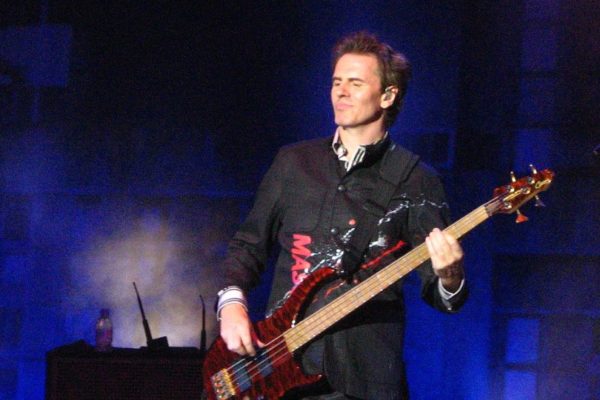 At the dawn of the ‘80s a movement emerged in England as a backlash against punk’s grim, grayscale vision and year-zero no-future philosophy. Bands like Duran Duran, Spandau Ballet, Visage, and a host of others chose hedonism over nihilism, glamour over grime, and a frothy, frequently sinuous mix of pop hooks, danceable grooves, and electro-disco synths over thrash. Passion and fashion were the watchwords of what became known as the New Romantic movement, and on Valentine’s Day it seems entirely appropriate to take a look back at what some of the era’s most heartful heroes had to say on the subject of love.

[amazon template=right aligned image&asin=B00000DG1R]1. Duran Duran’s “The Chauffeur”
This song of sensuality and yearning was actually the follow-up single to Duran Duran’s breakout hit, the markedly less genteel “Hungry Like the Wolf,” but it never neared the charts on either side of the Atlantic. Nevertheless, its poetic evocations of longing and its graceful, stately melody are as striking as anything in the band’s catalog, and the song served notice that both Duran Duran and the New Romantic realm in general could encompass more than four-on-the-floor beats and scything synth riffs. The video seen here is another story; no idea what the lady’s doing riding around in the limo in her lingerie.

2. The Human League’s “Love Action”
In their original incarnation, The Human League blended dour post-punk stances with doomy but innovative electro-pop. With only front-man Phil Oakey remaining after the schism that found half the band starting Heaven 17, Human League Mk. II became pop darlings more aligned with the stylish, fun-loving New Romantic scene (on the strength of Phil’s haircut alone). In the U.K. this come-hither cut actually preceded “Don’t You Want Me” as the band’s breakthrough single. And when Oakey goes into the “This is Phil talking, I want to tell you” part of the tune, he comes tantalizingly close to becoming the Barry White of synth pop.

3. Japan’s  “Gentlemen Take Polaroids”
Even though Japan officially refused the New Romantic tag, their look and sound were obvious inspirations for the movement. They were bringing Roxy Music influences into the New Wave era well before anyone else, and Duran Duran in particular copped plenty from David Sylvian and company. And when Sylvian directs his creamy baritone to the objet du désir of the lyrics, it’s as romantic as all get out.

4. Spandau Ballet’s “Paint Me Down”
While they ultimately became best known for pop ballads like “True,” the Spandau boys began as club kids as comfortable in a disco as a rock dive (if not more). And as the sensual groove of this track from their second album shows, they always had a feel for the funk. The lyrics’ blend of art references and animal urges is quintessential nouveau romantique.

[amazon template=right aligned image&asin=B00F0W9B1W]5. Ultravox’s  “Reap the Wild Wind”
Ultravox’s early outings were all about archness and angularity, but by this point in their career, they were being produced by Beatles overseer George Martin and pushing towards a timeless pop appeal. With its lush, swirling arrangement and a melody that seems to have a nougat filling, this sweeping ballad (the closest they ever came to an actual American hit) is Ultravox at their most unabashedly romantic, and it’s tough to make it all the way through without getting just a wee bit choked up.

6. Visage’s “Fade to Grey”
Visage singer Steve Strange and drummer Rusty Egan were the ones who kick-started the London club scene that begat the New Romantics. And with help from Ultravox’s Midge Ure and Billy Currie, they took their rightful place at the movement’s musical vanguard. The elliptical “Fade to Grey” seems ostensibly to be more about some sort of international intrigue than matters of the heart, but between its entrancingly hazy production and the female spoken verses in French, it works damn well as an aural aphrodisiac.

PS. Speaking of the ’80s, you may also enjoy our post about 10 albums that defined being a teen in that fabulous decade. Plus, catch up with artist Midge Ure in our post The “Other” Live Aid Guy.