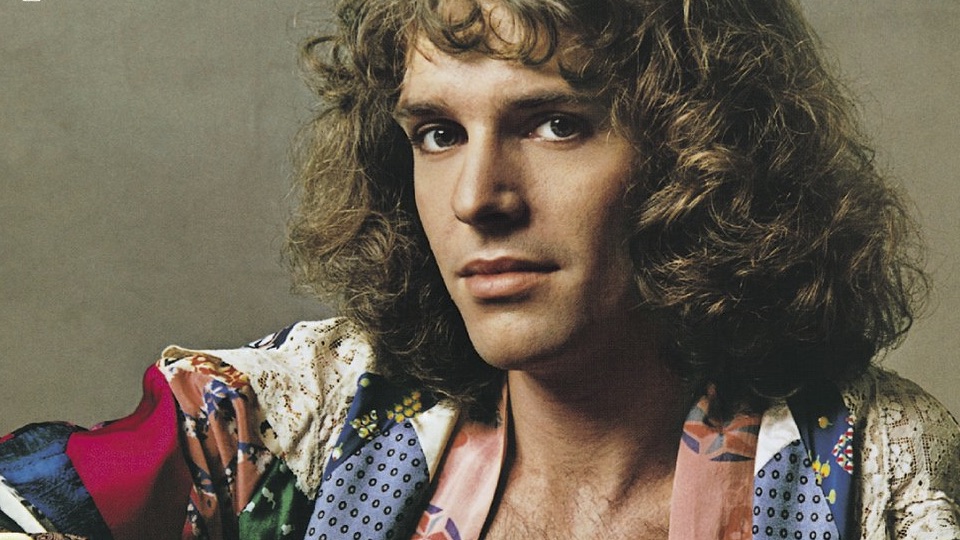 This post, from 2020, generated lots of discussion. It seemed a good time to dive back in and get some more feedback. Please let us know what you think. (Just please be kind…)

Here’s how it goes: your favorite band puts out a masterpiece and critics and fans fall at their feet. The subsequent tour is a hot ticket, the record sales in the stratosphere. That grand album puts them on a whole other level. You can’t wait until the follow-up…but when it finally comes, it’s a big flop.

Yes, we can argue that a “flop” is grounded in perception, but we can tell when a fan base is disappointed; you can almost hear the collective sigh.

Perhaps it’s pressure to repeat a hit, followed by timing, procrastination, or unfocused musical direction. Whatever the reason(s), no great group is immune. Here are ten disappointing “follow-up” rock albums.

Rumours was the album of the year in 1977. So big was Fleetwood Mac that nearly every young girl that year wanted to look like Stevie Nicks. The album produced four Top Ten singles and is now ranked as the 8th highest-selling album of all time. Fleetwood Mac had come a long way from their ’60s blues roots and finally gotten their pay-off.

The band then took the next 30 months to deliver Tusk, a 20-song double album. In that time, the music world had gone through a metamorphosis: from hippie rock to Saturday Night Fever, to punk. After 10 straight months in a California recording studio, the band produced a self-indulgent, scattered product, seemingly trying to touch all musical genres of the day, but unsuccessfully. Although Tusk sold 4 million units, their record label measured it a failure. Why not? Rumours (a near-perfect album) was shadowing their efforts.

Sorry, I was there in the ’90s. And like many others, thought the Hooties got lucky when their 1994 debut, Cracked Rear View, became a monster. Good timing, some mainstream sounds, some MTV promotion — the album soon caught fire. The album has now reached the status of the 19th best-selling album of all time. After winning a Grammy for Best New Artist, the band’s follow-up came two years later with Fairweather Johnson, and it was indeed, only “fair.” Stylus Magazine put it this way: “Really? Everyone saw this one coming a mile off. Who was really gonna care about another Hootie album?”

After 1975’s Toys In The Attic and 1976’s Rocks, Aerosmith was about to pass Led Zeppelin as the top hard rock act of the ’70s. Rocks is considered the quintessential blueprint for heavy blues-based guitar albums (Slash from Guns & Roses has said Rocks was the album that inspired him to learn guitar). When it came time for Aerosmith to create a follow-up, the band was caught out by other priorities. Guitarist Joe Perry has said, “We were drug addicts dabbling in music, rather than musicians dabbling in drugs”….and the album sounded like it. The record was a haze of pollutants, with the band seemingly never hitting any firm ground. Soon, Perry and then Brad Whitford would leave the band, and Aerosmith would not get their act together again until the mid-’80s.

East Side Story (produced by Elvis Costello) became Squeeze’s big break-through album with the single “Tempted” reaching #8 on the US charts. So diverse and complete was this album that soon the band’s songwriting team of Glenn Tilbrook and Chris Difford were met with wide-ranging comparisons as the new Lennon & McCartney (when Difford finally met McCartney, Paul sarcastically asked him, “Which are you, Lennon or McCartney?” and Difford humbly responded, “I’m Ringo!”).

Tilbrook has since said this level of recognition made them self-conscious when approaching their follow-up album Sweets for the Stranger. The pressure caused them to indulge in over-experimentation resulting in a completely uninspiring effort.

It took 6 ½ years for Dire Straits to follow up their blockbuster Brothers in Arms. That album went on to win the Brit Award for Best Album of 1985, reached Number One for several consecutive weeks, and has sold well over 30 million lifetime copies. The album was so much part of the MTV era, that the opening riff from their massive selling single, “Money for Nothing” was used as the theme for their annual Music Video Awards program.

Then came those 6 ½ years, and Dire Straits nearly disappeared from public view. This created issues when they finally got around to On Every Street. Should they return to the complex arrangements that built their following?  Or the more pop sound that had been so successful? On Every Street proved to be a compromise. Although there were some good moments on the album (“Fade to Black,” “You and Your Friends”), you have to question what they were thinking when the album’s title song is a major piano piece (with hardly any guitar). For that to happen in this band, something’s amiss.

During the late ’70s, a soul-pub band produced the second-best “punk” album in history (The Clash’s London Calling being #1). Graham Parker’s 1979 Squeezing Out Sparks was a tour-de-force. Sparks put Parker and the Rumor on the map.

For Sparks, Parker dropped all the soul brass, literally buried keyboardist Bob Andrews in the mix, and broke through to mainstream rock FM radio in the US and Europe.

For his 1981 follow-up, The Up Escalator, all that recent success now had Parker hob-knobbing with the likes of Bruce Springsteen. It was suggested that Parker use young Jimmy Iovine to help with the record’s direction. Soon Bob Andrews left the band, and Iovine brought in Roy Bittan from the E-Street Band. Springsteen even agreed to appear on one of his new tunes. On paper, this was a can’t-miss blockbuster. In the end, Escalator proved to be a flat in-between job, sounding as if Parker couldn’t decide if he was going to go back to the soul side or the guitar-punk model. “Just OK” results and sales led to him canceling his US tour. Soon after, he broke with the Rumor for the next 36 years.

Queen’s 1975 A Night at the Opera album (with the song “Bohemian Rhapsody”) served as a historical bookend for the genre. It just a short 20 years, rock ‘n roll went from Rock Around the Clock to invading the only music category left: opera! This was breathtaking creativity never seen before in rock. The tune and the whole album elevated Queen to high-artist levels. By the spring of 1976, there were not many frat parties that didn’t have a herd of drunken guys singing the song’s middle opera section from the top of their lungs. Then came their follow-up.

A Day at The Races started wrong, right from the title. Using another Marx Brothers film-as-name said that this effort was just a continuum of A Night at The Opera. A lot of the album sounded like leftovers from prior sessions. Their “high art” didn’t find new expression.

When they did expand into newer territory, as in the song “White Man,” writer Brian May decided to address the done-before suffering of Native Americans. Suddenly, Queen was in the same neighborhood as Paul Revere & The Raiders’ 1971 hit song “Indian Reservation.”

The kings of the early 70’s Progressive Rock movement had two expansive, breakthrough albums with 1971’s Fragile and 1972’s Close to The Edge. Both efforts quickly became deep-list favorites.

For the follow-up, an early bad omen came in the form of drummer Bill Bruford leaving to join King Crimson. Yes singer Jon Anderson has said he became “engrossed” in his vision for the complex musical epic that would become Tales from Topographic Oceans. After great debate, the band decided to make this a double album. The musical direction would be based on Anderson’s interpretation of the Shastic scriptures in a four-part concept (confused? – so were their fans!). The songs were so thick with useless musical padding, the band quickly ran out of new material, so they relied heavily on improvisation for a good portion of the sessions. Tales lacked direction and warmth, and you couldn’t sing along with it. Keyboardist Rick Wakeman was vocal about his displeasure and left the band after the album’s tour.

After their first two albums, Zep was the number one band in the world. More precisely, Led Zeppelin II was a hard one to beat. That album gave the listeners searing guitar solos, canyon-like vocals, a heartbreaking power ballad, and a hit single (“Whole Lotta Love”). Led Zeppelin was perfect for the booming FM radio market and jocks were happy to run the sequence of “Heartbreaker” into “Living Loving Maid” at nauseous levels. Man, they were big!

Related: “Led Zeppelin: Other Bands Hate Them, They Don’t Care”

After the opening cut (“Immigrant Song”) on Led Zeppelin III, the band threw a curveball, digging deep into the blues. This resulted in changing the ambiance of the band as this album would be dominated by acoustic guitars. Singer Robert Plant has since said that they were “obsessed” with a direction change, and wanted to show they actually could play “alternative” styles. For what it was, this is a true and greatly performed album. But there was little emotion in the tunes, and the fan base learned that Zeppelin, without their amped-up excitement, became just English guys playing the black man’s music. Critics asked why they would want to become the “semi-electric CSN&Y?” So negative was the music press that for the next 18 months, Jimmy Page refused to do interviews.

Frampton Comes Alive! is the best-selling live rock album of all time, and it spent 10 weeks at #1 in the spring of 1976. Recorded at the Winterland Ballroom in San Francisco six months prior, the double album captured journeyman guitarist Peter Frampton at his musical peak and set the standard for all live recordings. Recorded on what was then state-of-the-art equipment, the album’s single “Show Me The Way” was the highest-selling live-recorded single of all time. The album took Frampton from back-of-the-band musician to international rock frontman.

His 1977 follow-up I’m in You had “loser” written all over it…..or at least on the album cover. Now being groomed to be a big pop star (hey, he looked like Andy Gibb) the good-natured Frampton may have had people convincing him to wear silk pajamas and an open shirt without thinking more about it. The music was plain, the excitement of the live album gone. The title song’s single outsold Show Me the Way on the strength of his name, but his next single (a cover of Stevie Wonder’s “Signed, Sealed, Delivered,”) was a bust. Peter had gone Hollywood, and his rock fan base left him as fast as it had risen. Soon after, Frampton made another bad career move by starring with the Bee Gees in a poorly-conceived film adaption of Sgt. Pepper’s Lonely Hearts Club Band. Frampton would not gain back his rock cred until the mid- ’80s when he served as lead guitar on David Bowie’s Glass Spider tour, receiving tremendous reviews and reinvigorating his solo recording career.