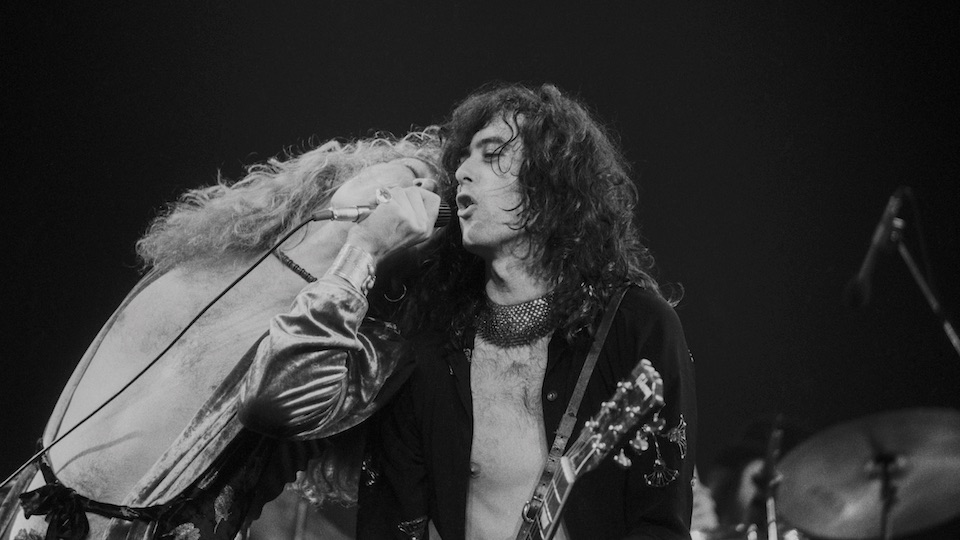 If you should ever meet and want to instantly raise the hackles of The Who’s Pete Townsend, simply ask him, “So. What do you think of Led Zeppelin, Pete?” He just might give you a testy take of the band that would echo his earlier sentiments:

“I don’t like a single thing that they have done. I hate the fact that I’m ever even slightly compared to them. We were copied by so many bands, principally by Led Zeppelin, you know heavy drums, heavy bass, heavy lead guitar. The Who were okay but without me, they would have all ended up working in the flower market, or worse, in ‘Led Zeppelin.’”

How did a once rosy relationship between Zep guitarist Jimmy Page and Townsend turn Pete so prickly? After all, there was a time when Pete virtually worshipped the stage Jimmy walked on. Townsend cooed:

Pete wasn’t the only musician who marveled at his fellow guitarist’s fretwork. For years, Jimmy was a very in-demand session player. Up until the formation of Led Zeppelin, he seemed to live in every London recording studio, appearing on countless sessions — from Petula Clark’s “Downtown,” to Joe Cocker’s “With a Little Help From My Friends” to Shirley Bassey’s “Goldfinger.” The Who even employed Jimmy to play on their 1965 “I Can’t Explain” single and its flipside, “Bald Headed Woman.” Jimmy gushed of playing with Pete: “I didn’t need to be there. You can barely hear me. But it was magical to be in the control room.”

It was a buzz Jimmy tried to duplicate a year later with Who members drummer Keith Moon and bassist John Entwistle.

Jimmy and Jeff Beck secretly assembled one of the first, albeit, temporary super-group to play with them on the Page/Beck instrumental “Beck’s Bolero.” At the time, Keith was having over-the-top non-creative differences with Pete and singer Roger Daltrey. On a train ride to London, a knife-wielding Moon chased Townshend through the cars and threatened to kill him. A fed-up Daltrey, who had grown tired of Moon’s drug-taking ways, flushed the drummer’s stash of pills down a toilet then decisively drummed his fists into the drummer. A petulant Daltrey then began missing gigs in England; causing Pete and John to share vocals. A certain 17-year-old rocker from West Bromwich noticed the band needed a lead singer and boldly offered his services. Pete later recalled:

“Robert Plant came to see us three nights in a row and offered himself for the job, as did Steve Gibbons when he came to see us and Roger wasn’t there. Obviously, none of them thought I was any good!”

It was during this stage of the Who’s near disintegration that “Beck’s Bolero” was recorded and very well planted the first seed of Pete’s discontent with Jimmy Page/Led Zeppelin. Because Beck and Page had covertly musically poached his bandmates for the song, Pete trashed the pair as “flashy little guitarists of very little brain;” to which Jimmy fired back: “Townshend got into feedback because he couldn’t play single notes.”

Also playing on “Bolero” was another super-session man: keyboardist/bassist/arranger John Paul Jones (who played bass while Jimmy played guitar on Donovan’s “Hurdy Gurdy Man”). It was at the “Bolero” session, that the assembled musicians talked of forming a permanent group, to which Page said Keith Moon scoffed, “That would go over like a lead zeppelin.” Peter Grant, Led Zeppelin’s manager, disagreed and claimed that Moon said the band would “go down like a lead balloon,” and that it was actually Entwistle who coined the name of a band Pete grew to despise, by adding, “…more like a lead zeppelin.”

Page and his Zeppelin went on to make rock history—which made Pete one irritated rocker. But Townsend isn’t the only rock god who believes Zeppelin’s music doesn’t strike the right chord. Keith Richards jeered:

“I love Jimmy Page, but as a band, no, with John Bonham thundering down the highway in an uncontrolled 18-wheeler. He had cornered the market there. Jimmy is a brilliant player. But I always felt there was something a little hollow about it, you know?”

However, Keith didn’t mind hearing Jimmy’s “hollow sound” on the Stones’ records Jimmy played on; which includes, “Heart of Stone (its demo)” and “One Hit to the Body.”

Who’s to say if Jimmy was hurt because Keith and Pete didn’t like his sound? Mr. Page can take solace that there’s one sound his fellow dinosaur rockers will never hear….or ever diss:

The sound of Jimmy laughing all the way to the bank.

6 comments on “Led Zeppelin – Other Bands Hate Them, They Don’t Care”