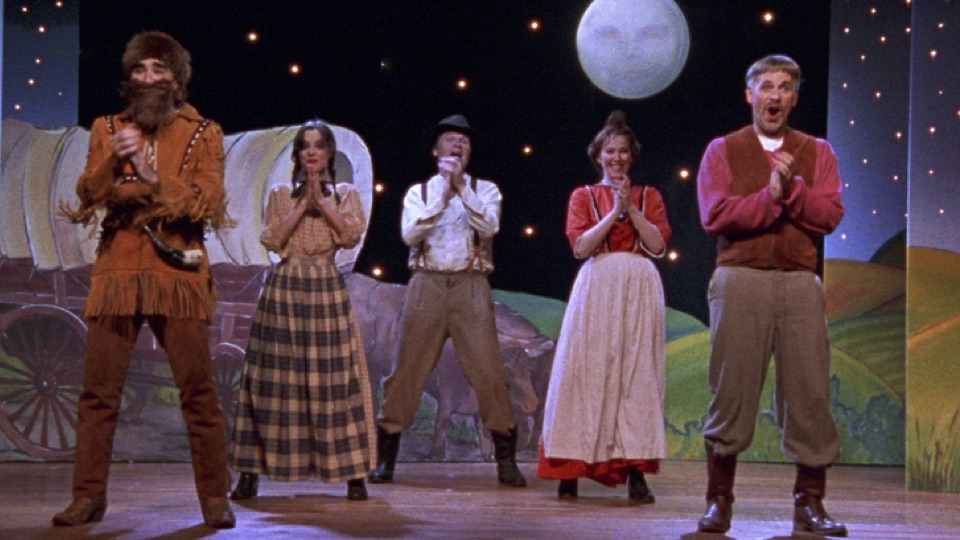 Editor’s Note: The editor is particularly peeved that Best In Show is not included in this list.

Commonly known as a satirist, Christopher Guest is actually one of the more versatile actors of his generation. From his start as a guitarist in the world’s loudest band, Guest has come up with some of the most memorable characters to grace our screen over the last forty years. Here are some surprising performances.

Death Wish (1974): Yes, you read that correctly- Christopher Guest appears in a Michael Winner film called Death Wish. Unlike many of the other performances he delivers in this feature, he plays it fairly straight, walking like the regal officer he plays. But it’s crazy to watch him so youthful-looking.

This Is Spinal Tap (1984): Yes, he goes up to eleven. Now that we have that awful joke out of the way, it’s time to point out that he has the best English accent of the three leads. It probably helps that his father grew up in Britain, and later passed on his title of Baron to the unsuspecting son, but it’s better to remember him as the violin-scratching, vomit-inducing heavy metal guitar player, Nigel Tufnel.

Little Shop of Horrors (1986): Guest’s performance is brief, albeit brilliant, capturing the sort of instant gratification that could only come from a New York shop. Captivated by the shape of the plant from outside the store window, he pops in to speak to Rick Moranis’ bumbling salesman. And the rest, as they say, is biology!

The Princess Bride (1989): Unlike his appearance in the Frank Oz musical, Guest’s performance in The Princess Bride (his second collaboration with Rob Reiner) is written with delicious attention to detail. Parading as the ultimate baddie, Guest also gets to partake in the most exhilarating sword fight in the film, proving the perfect send-off to his raggedy wretch.

A Few Good Men (1992): Reuniting with Reiner for the third time in this list, Guest arrives at the courtroom proceedings carrying evidence that may dismantle the very case Tom Cruise’s valiant Daniel Kaffee has been building. Together, Guest and Reiner made a solid team, but by 1992, Guest had found his own voice as a director.

Waiting For Guffman (1997): Guest leads an impressive ensemble in this wacky escapade, culminating in a rendition of Waiting for Godot that would have surprised Samuel Beckett himself. Guest is in fine form but never feels the need to overplay the part of the fool, a role co-writer Eugene Levy masters just as effectively himself.

A Mighty Wind (2003): Reuniting with Spinal Tap stars Harry Shearer and Michael McKean, Guest’s 2003 musical epic pivots the focus away from eighties heavy metal into more pastoral territories. The songs are excellent, but Guest shows tremendous confidence behind the scenes, wheeling the camera like a conductor raising their wand to the violins below.

Night at the Museum: Battle of the Smithsonian (2009): The Night at the Museum series has become a convoy of familiar faces. Dick Van Dyke danced his way through the first entry, and Guest picks up the mantle in the sequel, creating an Ivan The Terrible that is both fantastic in display and hilarious in his delivery. Stay put for the after-credits!

The Invention of Lying (2009): Considering how slavishly Ricky Gervais has followed Guest throughout his career, it was only natural that the British comedian would invite his idol onto one of his projects. And although no one–not even Gervais–would consider The Invention of Lying a career standout for either artist, it does offer Guest the chance to showcase his more somber approach to acting. And in a plot where the concept of lying exists in the mind of one person alone, it’s a fittingly truthful performance.

Mascots (2016): Guest directed this straight to Netflix feature in 2016, culminating in a feature that strangely marks the rise of a certain Republican president. But without wading too heavily into political allegory, the film holds his trademark charm, and the return of Corky St. Clair (first seen in Guffman) has great added value.

Photo: Screenshot from “Waiting for Guffman”