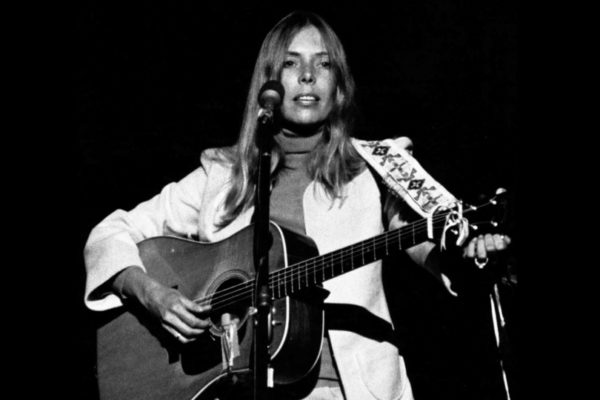 Apple TV+’s docuseries, 1971: The Year That Music Changed Everything makes one thing very clear: there was nothing ordinary about America — or the world for that matter — in 1971.

The eight-part series takes a close look at the art made by some of the most iconic musicians and songs of the year, much of which is still just as impactful today as it was over 50 years ago. In revisiting the work of the Rolling Stones, Aretha Franklin, Bob Marley, Marvin Gaye, the Who, Joni Mitchell, Lou Reed, and more, each episode, complete with archival footage and interviews, offers an intriguing glimpse into a year that, for better or for worse, changed the face of society, politics, and culture.

“Songwriters are storytellers and, like all storytellers — including us documentary filmmakers — they want to explore the world they see around them,” said series producer and director Danielle Peck in an email interview. “Those major events that mark history are shared events so it’s natural that songwriters have written about them. They’re speaking to events that have been a collective experience but also events that perhaps they feel should be more widely known.”

The series dives into several of those events, like the Vietnam War, the Attica Prison riots, the Charles Manson murders, and more. Crosby, Stills, Nash & Young sang of innocent blood spilled on Kent State soil, Joni Mitchell carefully noted the looming presence of pesticides and, way ahead of the curve, gentrification, Marvin Gaye quite literally asked us: what is going on?  As the decade turned, so too did the mindset of many Americans. As Buffalo Springfield had predicted a few years earlier, something was happening here, even if it wasn’t exactly clear.

Part of it, as Peck points out, was that society was still many years behind the gigantic tech revolution that would come along later on, introducing us to 24-hour news cycles, cell phones the size of playing cards, and social media hovering around us like a cloud.

“The music industry is so different now, the way music is consumed is so different now and the way that the social media machine controls the conversation now is clearly different,” she says. “The fact that music is everywhere and we can choose to listen to anything at the drop of a hat makes us much more promiscuous in our consumption. One flick of a finger and we move on to something new. There’s no ritual anymore, no careful handling of a new album, no appreciation of the album art or devouring of the liner notes or the lyric sheets.”

So, in many ways, music changed the year 1971 largely because people were forced to spend more time with it, engage with it, ask questions about it. Vice versa, musicians had more time and space to consider the message they wanted to put out, whether that was a message of support or protestation. But that doesn’t mean we will never again see a year in which music cannot have the same impact and influence as it did in 1971.

“Asif Kapadia, the series director and executive producer would love if this series is a call to arms to artists to evoke the same connection with the issues and stories that matter,” Peck says. “There are some brilliant artists out there that speak to these things today.”