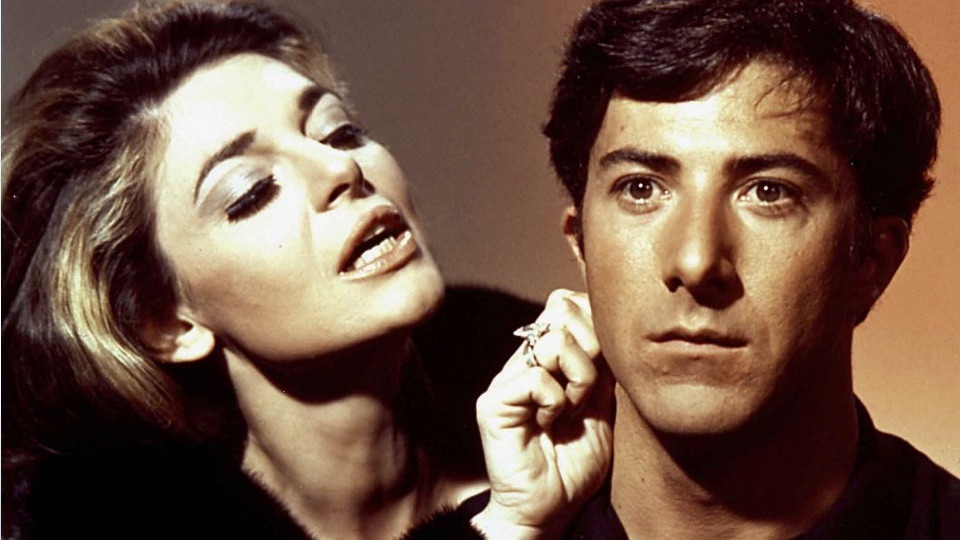 The only thing that gets a good argument going better than the 2020 election is ranking the best films of the past decades. I am only going to look at the most popular films, those that did very well at the box office in that decade. While certain films, like The Usual Suspects still ranks as a top film of the ’90s to me, I have left it off this list. The top 3 films of each decade I picked were chosen because they added something to the zeitgeist and changed popular culture. I’m sure you’ll disagree so please let me hear it in the comments.

No other decade started and ended in such opposite fashion. The early sixties gave us Mary Poppins and The Absent Minded Professor; the decade ended with the only X-rated film to ever win Best Picture at the Oscars, Midnight Cowboy.

Cleopatra (1963) – Most historical epics were released in the ’50s (see The Ten Commandments and Ben Hur) and while Cleopatra came at the tail end of this trend, it was the biggest and costliest of them all and almost sank 20th Century Fox. There’s not much meat to the story (if we were to judge it by standards applied to later ’60s films) other than that Elizabeth Taylor and Richard Burton began an affair that started on set.

The Graduate (1967) – I like to think that serious filmmaking began in 1967. Mike Nichols’ hysterically funny film launched an unknown named Dustin Hoffman, had a killer soundtrack by Simon & Garfunkel, and has one the greatest last scenes in a movie ever (watch their faces on that bus). Comedy was no longer fluffy jokes but steeped in real emotions and crazy situations. No wonder it was the top-grossing film of 1967.

Bonnie and Clyde (1967) – Arthur Penn’s take on the two bank robbers would set the bar for new levels of violence. The film’s ending probably lasted longer than the actual deaths of the real Bonnie and Clyde. Yet, amidst all the violence and bank robbing, Penn still balanced it with moments of levity like Michael J. Pollard parking the getaway car during a robbery.

The ’70s introduced us to two guys named Spielberg and Lucas, and the modern blockbuster was born.

Jaws (1975) – Spielberg’s first blockbuster would be the highest-grossing film at the time. We’ve all heard how the mechanical shark didn’t work and forced Spielberg to suggest the shark’s presence rather than see it for most of the film. But none of this would matter if it weren’t for John Williams’s score that is the first thing every kid used to learn to play on the piano.

Star Wars (1977) – If Jaws opened the door, Star Wars blew it open. A simple premise, the good guys in white, the bad guys in black and add a princess. Then set the whole thing in space with a mystical force and cool weapons. But the greatest thing about Star Wars is how it looks lived in. The spaceships are worn down and junky and Luke is just a teenager who is after some power converters. It would launch 8 direct sequels and thanks to The Mandalorian make Disney+ a legitimate streaming service.

National Lampoon’s Animal House (1978) – Sci-fi and sharks were box office gold, but the ’70s also showed us that comedies could bring in huge bucks too even if the movie was rated R — and based in 1962. Made for $3 million the movie would gross $120 million (making it the most successful comedy at that time) and prove (as we would see in the ’80s) that true comedy stars like John Belushi could come out of TV and a late-night show called Saturday Night Live.

What started in the ’70s got bigger (as most things did) in the ’80s. Even the comedies were looking at high (and elaborate) concepts.

E.T. the Extra Terrestrial (1982) – Spielberg would regain the box office crown with this touching story of a boy and his alien. Aliens were now being used not just for action and terror but for friendship and comfort. And if you were to ask them, I’m betting Mars Inc. is still kicking themselves for not allowing Spielberg to use M&Ms in the movie.

Ghostbusters (1984) – Big effects, broad comedy, and marshmallows. Ghostbusters proved that the box office wasn’t only about action and sci-fi. Or rather, you could add comedy to action and sci-fi and succeed. It held the title of most successful comedy for a few months – until Eddie Murphy’s Beverly Hills Cop was released.

Batman (1989) – No more Adam West in his long- john bat suit. Batman would prove that comic book films could be serious and dark and moody. It didn’t hurt that it had Jack Nicholson as the Joker. Say what you will about Chris Nolan, without Tim Burton’s 1989 blockbuster there is no “Dark Knight” and there is no Marvel Universe.

It started in the ’80s with Sex, Lies, and Videotape, But it was the ’90s that really launched the independent film movement. It would never set the box office on fire (with the exception of Pulp Fiction) but it would give us a handful of directors who would go on to big studio careers. (Hello, Bryan Singer.)

Titanic (1997) – It became the biggest movie ever when it was released after everyone thought it would sink like….well, like the Titanic due to its cost. Nominated for 14 Oscars and winning 11, it spent a record 15 consecutive weeks as the #1 movie and proved that spending money could also make money.

The Sixth Sense (1999) – A huge hit that launched M. Night Shyamalan. It makes the list because of the twist. It wasn’t the first film with a big secret but it was the most successful. Now imagine if this film came out during an internet spoiler time. Would it have made as much?

The Matrix (1999) – I remember not expecting much from this film and then watching in the first few minutes as Carrie-Anne Moss leaps in the air and the “bullet time” camera spins around her. After that, I could have watched Barney the purple dinosaur for the next two hours. This film was so innovative in both script, action, and effects. It was the film that Star Wars: Episode 1 – The Phantom Menace (also released in 1999) should have been.

The decade when CGI takes over. Not everything needed a cool effect, but sometimes it was just easier to use CGI than physically film it.

The Lord of the Rings: The Return of the King (2003) – A fantasy Best Picture winner at the Oscars, Peter Jackson’s trilogy was so successful that they turned The Hobbit into three movies as well. These films also began a trend of shooting movies back to back to save money.

The Dark Knight (2008) – Proving that if you take comic book films seriously an audience will show up, Christopher Nolan’s Batman sequel also had plenty of action and is still thought of as the gold standard for comic book movies.

Avatar (2009) – How do you follow up the most successful film of all time? By making the most successful of all time. James Cameron created a whole new world and literally launched an interest in 3-D (which has waned over time due to filmmakers slapping 3-D on just about anything). The effects were groundbreaking and the story so original, we can expect 4 more sequels on the way.

This decade should just be known as “Disney’s Decade.” They already had Pixar, but as Marvel and Lucasfilm took off, Disney was the hitmaker with the competition not even close behind.

Frozen (2013) – Not only was Disney making money on their franchises but they also proved that it wasn’t just Pixar who could come up with a massive billion-dollar hit. It won two Oscars, was the highest-grossing animated film at the time, and launched a Broadway show and a sequel that was even more successful.

Star Wars: The Force Awakens (2015) – After a mediocre second trilogy, Star Wars was back with a new film directed by J.J. Abrams. It would become the most successful domestic release ever, launch a whole new set of Star Wars films and TV shows, and manage to bring back Harrison Ford.

Photo: Anne Bancroft and Dustin Hoffman in The Graduate (Fair Use)

5 comments on “60 Years of Film: The Most Influential of Each Decade”