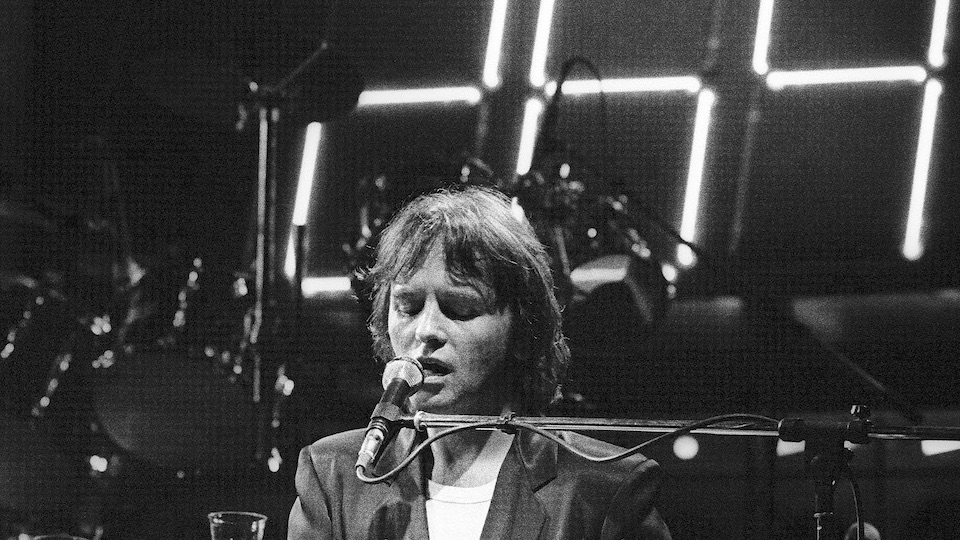 As a member of The Mindbenders and a founder of 10cc, singer-guitarist Eric Stewart hit the 1960s pop charts with songs like “Game of Love” and “A Groovy Kind of Love.” In between, he also was part of Hot Legs with art-rock sessioneers Lol Creme and Kevin Godley, a group that also scored a hit with “Neanderthal Man.” In short, Stewart has co-fronted a variety of line-ups, for which he’s acted as songwriter, guitarist, keyboardist, and studio engineer. Clearly well-versed in The Beatles, Stewart also was personally invited by Paul McCartney to work on the latter’s Tug of War (1982) then subsequently Pipes of Peace (1983), Give My Regards to Broadstreet (1984) and Press to Play (1986). From Beatles fan to Beatles collaborator… not a bad career trajectory. Needless to say, our interview covers a lot of ground.

Q: Firstly, how did The Beatles influence 10cc in terms of studio craft?

A: They influenced me long before 10cc in the way that none of their songs sounded the same. They always changed their style on every song. You hear artists on the radio playing the same thing again and again and again. The Beatles never repeated themselves on the albums, which also influenced me when I went into studio work, the band work became 10cc. Strawberry Studios was named after “Strawberry Fields Forever,” which is one of my favorite songs. My favorite of all time is probably “Imagine.” I agree with John Lennon: Religion is the cause of conflict. You see it on the television and the internet all the time.

Q: Paul McCartney booked Strawberry Studios while 10cc recorded Sheet Music. Did that influence the flow of the album?

A: I think almost certainly so. I think Sheet Music might be my favorite 10cc album, although The Original Soundtrack broke more boundaries with tracks like “Une Nuit A Paris” and “I’m Not in Love.” As you probably know, “I’m Not in Love” started as a bossa nova piece and Kevin Godley told us it sounded crap. Then I heard people in the studio singing it and I thought it must be good. Kevin, again, suggested the vocals, and I thought acapella? So, we spent six weeks producing it, coming in at six minutes, which made it an unlikely single. It started at number 29, then hit the U.K. number one! I wrote it about trying to say “I love you” and the different ways of saying it. My wife, Gloria, and I are still together all these years later. It was amazing working with three voices that could sing anything. Kevin has a great voice, “Don’t Hang Up” is beautiful; he and Lol Creme could sing so high! Anyway, Paul McCartney sent me a postcard telling me he really liked Sheet Music, so I think that Beatle thing of pushing and experimenting was there.

Q: Tug of War might be McCartney’s most accomplished album after his Wings work. With songs as energetic as “Take It Away” and “The Pound Is Sinking” and as potent as “Wanderlust” and “Here Today.” How did they sound when you first heard them?

A: I didn’t hear them in demo form — I’m influential on some of them on record — but I heard them in the studio. Just terrific to work with them. Paul’s very involving as a person. I sang with Paul and Linda. Lovely girl, Linda. We became very social. We lived very near each other. Our kids went to the same schools. Paul was partial to a bottle of wine, as I was after living in France for so long. We were local, we’d eat a meal together. We’d meet up and it was Linda who later suggested that we write together. I like the production on the album. It didn’t have too many people on them like Press to Play did. And George Martin was a terrific producer. He was a great guy who worked with The Beatles, bringing in real strings and ideas to their songs.

Related: “Waiting In the Wings with Paul and Linda McCartney”

Q: George Martin produced Tug of War and Pipes of Peace. How did he work with the musicians and how was it working with The Beatles’ sounding board?

A: Wonderful to work with. I adored George — so friendly, never nasty. It was George Martin who kept telling me to write a book [the memoir, The Things I Do for Love] because he said that I live such an interesting life outside of music… He had such a way about him, arms out when he’d meet you. He always had a lovely way of saying “Eric, that isn’t working” or “Paul, maybe you could sing that better.” He didn’t have to kowtow to anybody, but so friendly.

Q: You played with the Beatles rhythm section in “So Bad.” How was that for a Beatle fan?

A: Dream come true… I saw The Beatles years beforehand when they played “Love Me Do” onstage. I tell a story in my book where I say my band did an audition for the BBC when The Beatles did. We passed, they didn’t! I thought it was hilarious because I thought “Love Me Do” was the future of English music. My mates said Cliff and The Shadows with their footsteps was the way!

Q: From this, Give My Regards to Broadstreet came together. Was John Paul Jones involved with that project?

A: John did work on it! I knew him from years ago when he did some work in Strawberry Studios North. Terrific guy. I really loved working with him, even when he played with one of the greatest heavy metal bands, Led Zeppelin. He played with Jimmy Page, who I had met years before, even before Zeppelin. He was doing a lot of studio work and one day I asked him if I could have a noodle on his black Les Paul. He said I could even play it on the record! And that was “Game of Love,” the first Wayne Fontana and The Mindbenders hit. Playing Jimmy’s guitar inspired me further to be experimental. I wish I had written that one! Wayne was our frontman, then he walked off one night, so we kept playing onstage. Wayne was fed up. He wanted a solo career. Happened a lot. Gerry Marsden splitting from the Pacemakers and so on. So, I sang “Groovy Kind of Love.” It was written by two 16-year-old girls — Carole Bayer and Toni Wine. I heard them singing the demo, I thought it was great. Number one in America for us!

Q: You are one of a handful of people to write with McCartney after Lennon. He had written with Linda and Denny Laine and would later write with Elvis Costello. How was it different than writing with Graham Gouldman and Lol Creme?

A: Lol’s a bit wilder with his work. He’d come in and say something, which might make you stop. Then you would say, “Life! It is a minestrone!” The ups and downs of life, summed up in a title! He had some nice riffs too. I loved playing guitar on Godley and Creme songs like “Rubber Bullets”… That was a song that was written about American prisons, where you would shoot a rubber bullet to hurt — but not kill — an inmate. It came out when rubber bullets were being used in Northern Ireland. Lol could come out with lines that started the musical bent… Lol was very creative. Paul could be like that. You’ve probably heard this story: I went to his place telling him how beautiful it was walking through three feet of snow with the sun shining. He started singing “it’s beautiful outside” which became “Footprints.” An amazing experience for me! The second track on my album [Eric Stewart / 10cc: Anthology] is “Code of Silence” which came about when Paul was in my music room. He had come around for lunch. We went to the music room where I could go to record. He started playing a beautiful string section, then put down an electric piano part. I said it was brilliant, and he left it with me. I did the vocal and sent it to him. He liked it and said, “hope I get credit” [laughs]. He did put the backing down, so, of course, he did!

Q: You’ve spoken of your disappointment with the production of Press to Play, but “Footprints” and “Pretty Little Head” still sound as vibrant and fresh as any of McCartney’s work. How do you feel about that album?

A: It’s unfortunate, really. We started off writing songs like “Stranglehold” and “Footprints” on acoustic guitars before the studio. When we sat down to [record] them, Hugh Padgham was the brilliant engineer at the time… [Then] Hugh started getting nasty with me. He’d talk to Paul on the talkback and started referring to me as “he,” not Eric. He’d say, “Can you do it again, he doesn’t like it”. I went with Paul upstairs to have a chat. I asked who was producing; he said the three of us…. The next morning, Paul’s manager calls to say that Paul didn’t think the production was working out and wouldn’t continue working with me.

That’s a shock. When we started, we had John Kelly engineering before Hugh. The first thing we recorded was “Angry.” Paul had these great lyrics “What the hell gives the right to tell me what to do with my life?” I played a really good, heavy guitar riff to that. That night, Gloria picks up the phone and Paul tells her I’m a “fucking genius”… I thought it would carry on, but Padgham screwed it. He said he’d walk away if he didn’t produce it himself, so Paul let me go. That was very sad. Much later on, he did apologize, saying he got it wrong too. By the time it was finished, we’d had five producers on it. Five. It ended up being Paul’s lowest selling album.

Q: You later recorded “Yvonne’s The One” with 10cc. How did your version differ?

A: That was a song we took from a postcard I got from Nick Mason of Pink Floyd. It had the line “when I first saw Yvonne, volcanoes exploded” on it. I showed it to Paul, and we wrote to that. Paul’s a perceptive guy. He wanted it in a laidback, ballad way, but I suggested to do it in a more reggae way. He did it in the smoother, ballad style, but I always wanted to do the reggae version, so I did it on my album. I wish it were more reggae, more Bob Marley. That Jamaican rhythm would suit the words.

16 comments on “A Groovy Kind of Interview with Eric Stewart”