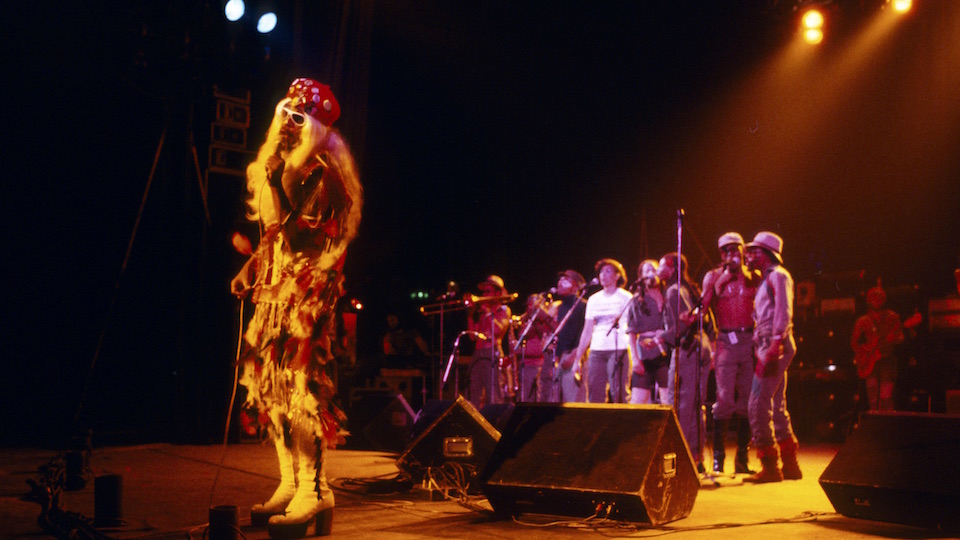 Last year marked the 40th anniversary of Parliament’s Funkentelechy Vs. The Placebo Syndrome — certainly a cause for celebration (and a tribute article). But before 2018 ends, we need to shine the flashlight on that same band’s seventh studio release entitled Motor Booty Affair which was released on Nov. 20, 1978. It was a fitting cap to the P-Funk organization’s most successful year ever as Motor Booty Affair became an out-of-the-box smash by achieving gold status in only a few months — doubly impressive considering the Funkadelic classic One Nation Under a Groove was still riding high on the charts. What follows is a “bump by bump” rundown of how Atlantis gets up for the backstroke.

Adding yet another character to the P-Funk pantheon, track one showcases a slightly unorthodox hypnotic constructed by keyboardist Bernie Worrell and lead guitarist Michael Hampton; the subject at hand raps about the wonders of Atlantis: jellyfish jammin’ with salmon, coming face-to-face with a “mouf” named Jaws, and freaking out with mermaids named Rita… Just be aware of Octopussy!

A grand and thick Funk groove thanks to William Bootsy Collins on the rock-steady bass, “Rumpofsteelskin” gives a major shout out to the ultrasonic, semi-bionic Clones of Dr. Funkenstein, Giggles and Squirm (presumably modeled after two P-Funk background singers). They be livin’ and jivin’ and diggin’ the skin they in, and don’t care who knows. No one would dare knock this Funk off of his shoulders. Would you?

Perhaps the strangest slow jam ever concocted by the U.S. Funk Mob, the album’s third track takes zodiac-based compatibility to new highs (or this case, depths) by sporting multilayered vocals and a beautifully melodic horn arrangement courtesy of trumpet player Richard Kush Griffith. In the end, we can all go swimming, ‘cause the water’s fine.

No P-Funk album would be complete without that full-tilt hit and MBA does not disappoint. Written by the phenomenal team of George Clinton, Bootsy Collins, and Bernie Worrell, “Aqua Boogie” quickly ascended to number one on the Billboard R&B singles chart and stayed there for a month’s span. Lead vocal duties were handled by Clinton, Garry Shider, Ray Davis, and Junie Morrison (under the pseudonym JS Theracon), with bird calls provided by P-Funk manager Ramond Spruell and supported by various P-Funk singers (a.k.a. the Choral Reef).

One of Those Funky Things

Yet another track that expresses the joys of the raising of Atlantis where the delightful vocals of the Brides of Funkenstein, Parlet, and bass-singer Ray Davis come together for this dance tune that will definitely take you home. Co-written by Clinton and Ron Banks of the Detroit based singing group the Dramatics.

We don’t think this is an ode to any drug (though we can’t say that for sure) but whatever it’s source, this track is colored from head to foot by various keyboard work from Bernie Worrell and was co-written by Linda Brown, who would go on to become Linda Shider, wife of diaper clad guitarist Garry Shider.

A mid-tempo Funk bopper powered by Junie Morrison (who does narration under the alias “Howard Codsell”) and bassist Rodney Skeet Curtis, this song outlines some deep sea maneuvering in terms of how to get with that special someone right after the jam in Atlantis has come to a close. As usual for this album, the female vocals help to clarify the nonsense.

The raising of Atlantis finally comes to fruition with this faster-moving Funk track featuring a collaboration between Bootsy and Junie. Fittingly, this final number serves as a vocal showcase for the Brides Of Funkenstein and Parlet. It’s also worth noting that Motor Booty Affair sported the most elaborate packaging of any P-Funk released up to that point. The album featured pop-ups of all the featured characters as well as the actual city of Atlantis when the album opened to full view. A limited edition picture-disc was also made available during the album’s run. The Motor Booty Affair concert tour recreated the LP’s theme by manifesting an underwater atmosphere. Deep indeed.

4 comments on “From the Ocean Comes a Notion: “Motor Booty Affair” Turns 40”