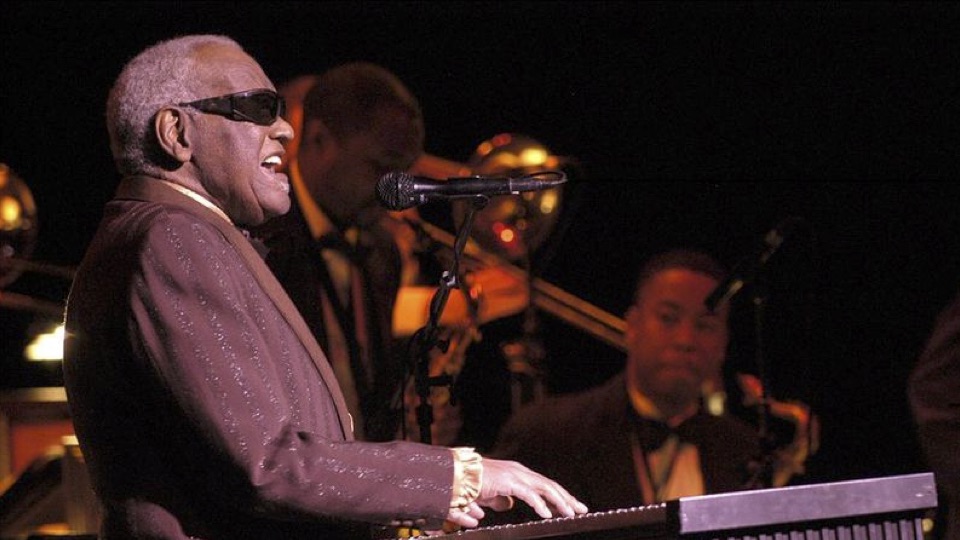 The musical legacy of Ray Charles (1930-2004) cannot be overestimated. Born into poverty, blinded by the age of 8, and losing his beloved brother and mom by the time he was 14, Ray had redemptive musical gifts that paved his way to legendary status. It’s safe to say that he spearheaded the genre of soul music, by seamlessly blending R&B, jazz, gospel, and even country into his musical stylings. His glorious voice, shaped by the church and hardened by heartbreak and adversity, is one of the most recognized in all the world.

The struggle was beyond real for Ray as he was abused for being a blind Black man in the Jim Crow south. His fierce intelligence and musical chops helped him persevere, bringing his music to the global level, where it remains. He was far more a pianist/song stylist than a songwriter (with the notable exception of the groundbreaking “What’d I Say?” from 1959), but his cover versions of classic songs became masterpieces under his interpretations. Frank Sinatra called him “The Genius.” He knew.

Hoagy Carmichael’s 1930 ode to the state is a brassy, elegant charmer. But the best-known and beloved version is Charles’ 1960 rendition, which is still endlessly played and has become Georgia’s official state song. His keyboard and backup strings are thrilling on their own, but his gorgeous soulful vocals take it to the next level. Filled with gospel flair and a melancholy ache for times gone by, it’s a track for the ages.

Stevie Wonder’s 1973 hit honors a young man growing up poor in Mississippi and the tragedy that occurs when he seeks a greater life in the cruel, corrupt city. It is deservedly considered one of the most impactful tracks of its era. Charles covered it in 1975 with a glorious, crisply orchestrated version that honors the perfection of Wonder’s song as he leaves his own passionate, outraged stamp on it. And he won a Grammy for his efforts.

In fairness, there can be no better version of The Beatles’ classic “Let it Be” than the original sung by Paul McCartney. A beautiful tribute to his late mom’s advice that came to him in a dream, “Let it Be” is an astounding piece of beauty and radical acceptance. Ray’s rendition serves up some maestro keyboards, and his magnificent vocals with their ever-present ineffable sadness make this an achingly memorable cover.

Quirky singer Melanie released this novelty tune in 1970, a sweet grievance about her home-grown music being bastardized by greedy producers. Melanie Safka is a Queens, New York-born songbird who belted from her soul with increasing volume and added some French phrasing for fillip. Charles must have liked this cool track a lot – not only did he record two memorable versions of it, but he also referred to it in his memoir Brother Ray, mistakenly (and adorably) referring to Melanie as “a French lady.” Both his versions differ from the original but are playful, funkified, and fabulously backed up by his singers, The Raelettes. He uses a memorably lyrical opening bass guitar line in his first rendition, and a true finger-snapping swing in his 2006 version with the Count Basie Orchestra. Both are absolute joys.

The late, great (and undersung) Leon Russell wrote and originated this wrenching classic about a man pleading for forgiveness from his mistreated lost love. So exquisite and relatable is it that dozens have covered it successfully: Andy Williams, Donny Hathaway, Willie Nelson, The Carpenters, Aretha Franklin…and Brother Ray himself, whose rendition carries with it all the visceral heartbreak and humanity imaginable. His treatment of the lyric “I love you in a place where there’s no space or time” is poignant beyond description.

This may not fit the general description of a cover track, but Ray Charles singing “America the Beautiful” (written by Katharine Lee Bates, composed by Samuel Ward, and published in 1910) has become the definitive version of all time. Yes, Bing Crosby and Frank Sinatra sang elegant renditions in the early 1960s. But Charles’ offering for the 1976 Bicentennial celebration has become the perennial go-to. It’s featured every year in Times Square when the ball drops for the New Year and in countless patriotic events over the decades. Charles takes a lovely song (and the first runner-up to be our National Anthem) and infuses it with soul, a whole lot of gospel, and palpable love for a country that did not always treat him with the respect he deserved. It is the eternal gold standard for this patriotic hymn.

0 comments on “A Handful of Classic Ray Charles Cover Songs”