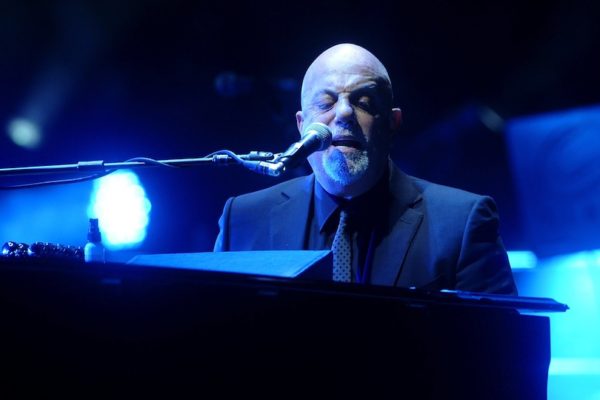 For Mother’s Day last month, we compiled a list of songs that female musicians have written for their children. This month, it’s the men’s turn. And there’s certainly no shortage of musical dads who’ve put pen to paper to describe the type of love that often exceeds all expectations, but we managed to narrow it down to five. So, in honor of Father’s Day, here’s a list of five of the best songs male musicians have written for their children:

Billy Joel wrote “Lullaby (Goodnight, My Angel)” for his daughter Alexa Ray, whom he shares with model and ex-wife Christie Brinkley. The heartfelt song, which was the last single released from 1993’s River of Dreams, was Joel’s response to a seven-year-old Alexa asking, “Where do we go when we die?” While he meant for the song to calm her fears about the afterlife, he also intended it to be a reminder that even though her parents were splitting up, he’d always be present in her life. “I wanted to tell her that, no matter what, I will never leave you, I will never be away from you…it’s not just about what happens to us after we’re gone, but also what happens after other things—that I won’t go away, I will not be away from you. And that seemed to be a great source of comfort for her,” Joel said. He has stated in the past that he rarely plays the song in concert because it always chokes him up.

Phil Collins— “You’ll Be In My Heart”

For the animated Disney film Tarzan, Phil Collins was originally brought on to write songs for the soundtrack, but later in production was asked to perform them as well. The directors had Collins sing the tracks instead of the characters, which was a departure from previous Disney movies. What some might not know is that the most famous song on the soundtrack, the power ballad “You’ll Be In My Heart,” was penned for Collins’ daughter, Lily, who’s now a famous actress. “It was written as a lullaby to me when I was younger,” Lily said in 2016. “We grew up watching Disney shows and movies together so that was his way of kind of being able to do it for his kids. It was so special.” Not your average lullaby, the song went on to win the Academy Award for Best Original Song in 2000 and earned Collins a US top 40 hit single.

Jim Croce—”Time in a Bottle”

Dedicated to his son, AJ, Jim Croce wrote “Time in a Bottle” the night his wife first told him she was pregnant. With his lyrics, Croce ruminates on how precious the gift of time is, wishing to physically capture every possible moment with AJ. “If I could save time in a bottle/ The first thing that I’d like to do/ Is to save every day ’til eternity passes away/ Just to spend them with you,” he sings. To support his growing family, the folk singer-songwriter made music his full-time job but found that life on the road wasn’t all that it was cracked up to be. He became homesick and was planning to quit music after his Life and Times tour wrapped. Sadly, he was never given the chance as he died in a plane crash on September 20, 1973, eight days before AJ’s second birthday. The tragedy emphasized the brevity of human life and made the message of “Time in a Bottle” all the more impactful.

Simple but sweet, “Beautiful Boy” is John Lennon’s ode to his second son, Sean, his only child with Yoko Ono. As the song is ending, he whispers, “Good night, Sean. See you in the morning. Bright and early.” One can feel the overwhelming love Lennon had for both his son and being a father in every fiber of the tune. A testament to the power of that love, fellow former Beatle Paul McCartney has often said that it’s his favorite song of Lennon’s.

The album version of “Isn’t She Lovely” from 1976’s Songs in the Key of Life begins with a newborn baby crying, announcing their presence in this world with wails from a healthy set of lungs. It sets the scene for the song’s inspiration, a celebration of the birth of Stevie Wonder’s daughter Aisha. From the first note of the tune, the piano virtuoso’s joy at becoming a first-time father is infectious. “Life and love are the same/ Life is Aisha/ The meaning of her name,” he sings, lyrics that are sure to make even the stoniest of people get a little misty-eyed. Also blessed with the gift of music, Aisha now works as a backup singer for her father and duetted with him on his 2005 song “How Will I Know.”