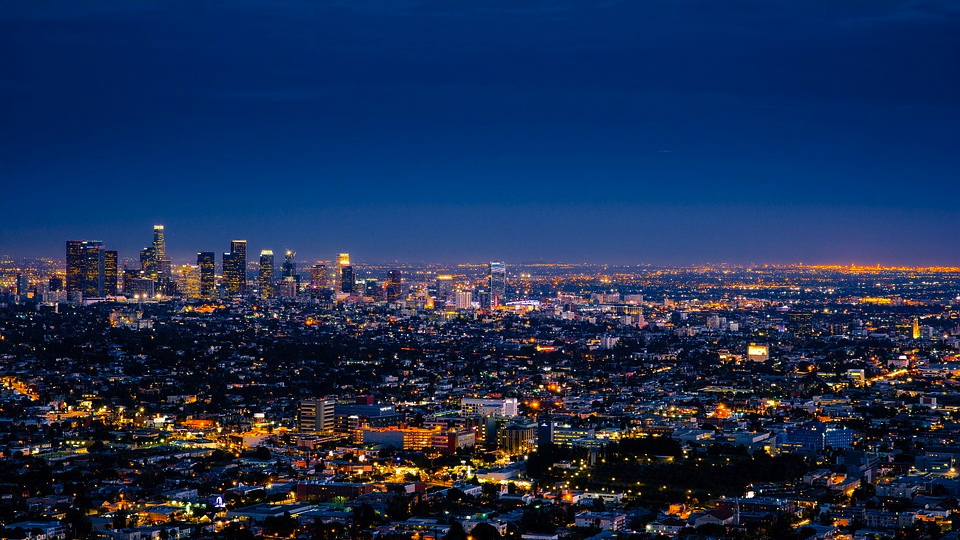 The Capitol Records building, one of the most iconic buildings in Los Angeles, is designed to look like a stack of 45s. Before anyone with a laptop could record music in their bedrooms, Los Angeles was arguably the place-to-be for aspiring rock stars, not to mention soundtrack composers. So, naturally the city abounds with performance spaces of all stripes, some of which can be credited as the launching pads of more than one music icon. Clearly, it’s impossible to include every noteworthy venue in the City of Angels, but this list should give you a solid sampling.

Open from May through October, the Bowl has come to epitomize summer living. The venue is built into a Hollywood Hills canyon that has been dubbed the world’s largest natural amphitheater and the resultant acoustics have amplified such luminaries as Barbra Streisand, Simon & Garfunkel, and Bob Dylan. In addition to its own Hollywood Bowl Orchestra, the space serves as the summer residence for the L.A. Philharmonic. Private boxes are available with gourmet chefs to cater, but it’s just as nice to pack a picnic and share a bench out under the stars whether the act is Weird Al or the Go-Gos or a split bill of Blondie and Garbage.

Related: “‘The Beatles At the Hollywood Bowl’ Is the Best”

The Whisky A Go-Go

The Whisky has more than justified being the first music venue to be inducted into the Rock and Roll Hall of Fame. In the ‘60s, War and The Doors both served as house band plus Janis Joplin was a regular player. Later it became the epicenter of the ‘80s glam metal scene and groups from that era — such as Vixen, Quiet Riot, and Warrant — still come through to play as do several tribute bands. Considering the joint only has a standing-room capacity of 500, visitors are sure to be among any group’s most die-hard fans.

Started a century ago as a silent movie theater, The Teragram Ballroom epitomizes Downtown LA’s staggering renaissance as an epicenter of culture — which inevitably encompasses rock n’ roll. Following a two-million-dollar renovation (which included state-of-the-art lighting and sound), the venue regularly attracts top acts in alternative and indie music, including Fun singer Nate Ruess, Spoon, Teenage Fanclub, and Rachael Yamagata (who remarked upon the uniqueness of the venue between songs).

Related: “A Tinseltown Tour with A Time Warp Twist”

The interior here is so stunning it threatens to distract you from what’s onstage but these shows — which range from Van Morrison to Chris Botti to Prince’s recently reunited band The Revolution — always end up benefiting from the elegant frame provided by the building’s art deco design (especially that crowning sunburst in the center of the ceiling). Renovations in the early ‘80s, like a fifteen-foot extension to the stage, strived to reclaim The Wiltern’s original purpose to house dance and theater productions but you concert-goers still love it as the site for rock shows with old world theater ambiance.

In the 1995 movie Empire Records, bands play on the roof of the titular store to save it from corporate takeover. “Live at Amoeba,” the live concert series in Hollywood’s Amoeba Records, achieves similar results. Often ahead of a record release, bands as diverse as Gary Numan, Best Coast, The Drums, and Islands play for audiences who stand shoulder to shoulder in the aisles among the new and used vinyl, CDs, and cassettes. This feature not only helps one indie records store to thrive, but keeps the teenage spirit alive in listeners of all ages.

Though most people associate punk with London and New York, L.A. has a strong legacy of its own. Think Bags, X, and The Germs. Though many of the old scene’s landmarks have disappeared, Alex’s Bar in Long Beach keeps the torch burning. Jello Biafra regularly plays here and The Muffs and The Offspring have passed through as well. The inside looks like a bordello but the selection of beer is classily curated. Better yet, they have regular karaoke nights.

Los Angeles Magazine once called The Baked Potato “a mainstay for session players since 1975,” and more recently “the best jazz club in Los Angeles.” Its founder Don Randi, who himself was a ubiquitous session player and member of the legendary Wrecking Crew, named it for the only food item served on the menu, albeit with various fixings. More concerned with jazz fusion than culinary matters, the club has hosted notables like Andy Summers and former Tonight Show bandleader Kevin Eubanks. You’ll also hear countless other players whom you’ve been listening to for years though you probably never knew it.

Hollywood Forever on the Fairbanks Lawn

While some might deem it uncouth to enjoy a concert in a cemetery, we disagree. Given that those laid to rest here spent their lifetimes dedicated to entertainment, coming for a concert can be considered a way to pay respect to the likes of Judy Garland, Jayne Mansfield, and Rudolph Valentino who have graves and/or markers here. Nowadays performers Bon Iver, Death Cab for Cutie, and Beach House attract crowds that would make the late Cecil B. DeMille — who’s always in attendance — proud.

0 comments on “A Music Lover’s Guide to Los Angeles”