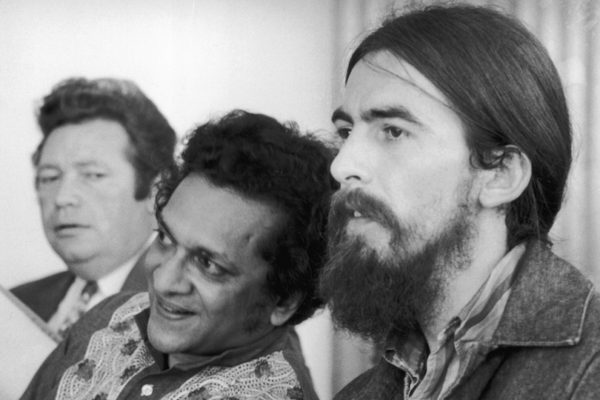 By 1971, audience expectations of George Harrison had risen to the near-Messianic heights he’d spent much of the sixties ridiculing. It wasn’t simply that he’d released the most warmly received solo album of the four Beatles; indeed, after years of curtailing his ideas for the sake of the band, bringing such a textured work to fruition struck the music presses as a victory. While the guitarist himself had shown disinterest for the praise at his feet, the critical applause aided him as he followed his own personal trajectory. When tasked with a challenge by the mentor that had ignited his interest in Eastern music, Harrison threw himself into the project. The ensuing show, The Concert For Bangladesh, not only set the blueprint for future charity rock spectacles, it might just be the most rewarding thing Harrison ever committed to tape.

Sitarist Ravi Shankar, who was spending much of his time working with his Beatle student, was growing more concerned with the ramifications arising from the armed conflict meant to liberate Bangladesh: “I was in a very sad mood, having read all this news, and I said, ‘George, this is the situation, I know it doesn’t concern you, I know you can’t possibly identify.’ But while I talked to George he was very deeply moved.”

Spurred into creative epiphany, Harrison rallied himself around the notion of a rock concert, igniting a spectacle that prioritized camaraderie and courage over ego. John Lennon was set to appear, only to bow out at the eleventh hour. Paul McCartney was invited, but declined, owing to the involvement of Allen Klein. Undeterred, Harrison tipped his hat at his bandmates with renditions of “While My Guitar Gently Weeps” and “Something,” before inviting Ringo Starr to run through a turbo-charged rendition of “It Don’t Come Easy.” Badfinger joined Harrison on added guitars, and in doing so, translated “My Sweet Lord” from feisty ballad to a stage highlight. Elsewhere, the set boasted “Get Back” keyboardist Billy Preston, who, like Beatles associates Eric Clapton and Klaus Voorman, threw himself into the work with gusto. Best of all, the concert boasted a five-song set from Bob Dylan, and Shankar opened the show with a suite of sitar instrumentals, before bowing down to the more commercial artists who followed him.

Let It Be producer Phil Spector, who later described the event as “magical,” captured the two nights, and the resulting triple album –credited to “George Harrison & Friends”– came to serve as the basis for future acts of rock philanthropy. McCartney, who appeared at both Live Aid and Live 8, saluted his former bandmate in a 1985 interview.  Then there was The Concert for New York City, a rock effort meant to support the city in the wake of the 9/11 attack. In the wake of Harrison’s death, Clapton served as curator for another spectacle, The Concert for George.

However triumphant the original event, it wasn’t handled perfectly, and much of the money destined for Bangladesh was siphoned from the starving children it was intended for. Songwriters Bob Geldof and Midge Ure found themselves in a similar position when the fruits of their efforts ended up in the wrong hands. Yet they were valiant efforts and offered more tangible results than Lennon’s Bed-In. For Harrison, who attacked the taxmen on the seismic Revolver album, the concert was about something bigger still. “The money we raised was secondary,” the guitarist revealed in 1992. “What we did was show that musicians and people are more humane than politicians.”