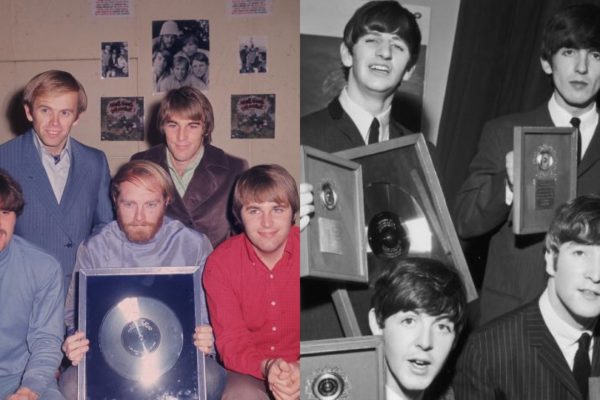 In 1965, Brian Wilson sat down and listened to an album that blew his mind. That record was Rubber Soul by The Beatles. “Rubber Soul is probably the greatest record ever,” he stated in his autobiography I Am Brian Wilson. “It wasn’t just the lyrics and the melodies but the production and their harmonies.” To make his point, Wilson went into greater detail about “You Won’t See Me,” commenting on both the harmonies and even the instrumentation and certain “touches they were trying” that transformed the tunes into “almost art music.” He noted in particular of that song, “There’s an organ drone in there, a note that’s held down for the last third of the song or so.” That organ drone is something that only the keenest of ears would probably notice yet it’s this sort of layering that influenced Pet Sounds immensely — an LP that came out the following year.

Take the Pet Sounds track “That’s Not Me” for instance. Listen carefully to the opening line “I had to prove that I could make it alone now” and you’ll notice the mood-setting drone of an organ humming lowly in the background, a sound that guides the listener through those initial lyrics and into the song’s simple chorus. As for the vocal harmony work throughout Pet Sounds, the mix of incredible high notes with low ones — like The Beatles did on tracks such as “Girl” and “You Won’t See Me” — are definitely what makes The Beach Boys’ “God Only Knows” one of the greatest songs of the era.

None other than Paul McCartney himself has asserted at points that “God Only Knows” is his favorite song. Legend has it, Bruce Johnston — Brian Wilson’s stand-in for awhile on Beach Boys tours — played the entirety of Pet Sounds for Lennon and McCartney in a hotel room in the UK and that the two Fab Four figures, after listening to it once, immediately asked to hear it again. McCartney once said of Pet Sounds: “I played it to John so much that it would be difficult for him to escape the influence. If records had a director within a band, I sort of directed Pepper. And my influence was basically the Pet Sounds album.”

You can hear that influence most strongly in songs like “She’s Leaving Home” and “With A Little Help From My Friends.” As McCartney notes, “Brian (Wilson) would be using notes that weren’t the obvious notes to use. And also putting melodies in the bass line.” You can hear that latter approach applied quite clearly in the McCartney-Lennon collaboration “Getting Better” where the full melody plays out in the track from the bass.

In an interview for the Daily Beast sometime later, Wilson extends the cross-pollination further by admitting, “Sgt. Pepper’s… inspired me to make Smile,” an album that only saw the light of day decades later as a compilation box set of unfinished recordings. For, in a way, what started as an inspiration, also ended up being that album’s doing. As Wilson himself said, once he’d heard Lennon’s “Strawberry Fields Forever” on the radio, he abandoned Smile because he felt as though he was unable to produce anything as great. That wasn’t the only reason Smile never happened of course and Wilson’s psychological traumas from those long hours in the studio are explored in great detail in endless books and articles as well as the underrated feature film Love & Mercy starring Paul Dano, John Cusack, Elizabeth Banks, and Paul Giamatti. Regardless of the reasons, however, this did mark the end of the epic cultural exchange that was occurring between the two bands in such a public way.

The influence The Beatles had on the Beach Boys and back again took pop music into experimental territory. It forced all the artists involved to take huge risks to break new ground, and created a domino effect that influenced plenty of artists from the era. “I have a two-hour drive normally to London,” said Paul. “I played Sgt. Pepper on the way in, and then Pet Sounds on the way out, and both of them have more than held up.” And continue to inspire contemporary musicians of all stripes as well to this very day.

3 comments on “Making Masterpieces: The Beach Boys and The Beatles Inspired Each Other”