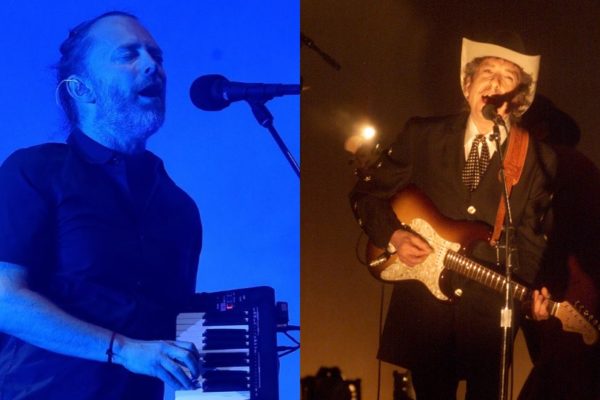 Everybody loves to argue about a music critic’s ranked top 10 list of songs by a single artist or band. But how about a top 100 list? That takes a hell of a lot more research (and reading), a reality that hasn’t stopped author — and CultureSonar contributor — Jim Beviglia, whose books in Rowman & Littlefield’s Counting Down series have tackled the sizable discographies of Bruce Springsteen, The Rolling Stones, and The Beatles, among others. Wonder which song he rates number one for Bob Dylan? Why, that’s “Sad-Eyed Lady of the Lowlands.” But we had a few other questions to ask him beyond that as well.

Q: From what I can tell, your first countdown-style book was Pump It Up: Elvis Costello’s 100 Best Songs from March 2013. What was it about Costello that inspired you? Did you have any concerns, beginning with a living artist?

A: The Elvis Costello list actually wasn’t intended to be a book of any kind. I just did it on my blog because I loved his music so much. Then a company in England found it and asked if they could publish it as an e-book, and they eventually also did the same for lists I had made on my blog for Radiohead and Tom Petty. The Counting Down series, which are actual hardcover books published by Rowman & Littlefield Press, were all actually intended to be in book form. But, as for Elvis Costello, it was more about wanting to sing the praises of somebody whom I’ve never thought received enough attention from casual music fans, like a lot of the other subjects of my books and e-books have. As far as concerns, I’ve never really had them in terms of the artists. First of all, I’ve always considered it a long shot that they’ve actually read them (although an indirect associate of Springsteen’s claims that he might have). Second, anyone who reads the write-ups that accompany the songs can tell that they’re done with a lot of passion for the music and the artists behind them, so I just figured they’d appreciate that approach if they ever did lay their eyes on them.

[amazon template=right aligned image&asin=144227154X]Q: Your Counting Down: The Beatles entry is currently the only one in the series focused on a band that’s output is complete. Did that make it easier to evaluate the importance of the songs?

A: Well, I never have to worry about new songs coming out to make the thing look dated. (Springsteen keeps releasing music, for example, of which a few songs would probably make my list.) If anything was easier about writing for The Beatles, it’s that they were my first musical love, and I’ve essentially been formulating these opinions on the songs since I was eight years old. I just had to write it all down for the book.

Q: In the series, have you ever ranked a song irrationally high (in the sense that you know the song’s merits might not be easily described but you’re just so personally enamored of it that you can’t resist its powers)?

A: I think in every list, there are one or two songs that would surprise people. “Memory Motel” by The Stones, for example, which comes from an album most people have forgotten, makes my Top 10. “Lost In The Flood” by Springsteen is another, although Bruce fans are so devout there aren’t too many songs they don’t know intimately. But I always try to have a legitimate reason for why these songs are ranked so high. And I try to divorce my rankings from any personal attachment. You’ll never hear me say, “Oh, this song is number eight because it was playing at my seventh-grade dance” or whatever. As much as possible, I try to keep it to the songs’ merits.

Q: Are there any songs that didn’t make the cut for one of the books that you might include now in retrospect?

A: The story I always tell about these lists which is relevant to this question is this: I was driving one day to give an interview about my Springsteen book and “The Promised Land” came on the radio. And as I sat there listening to it, I’m thinking, “This is the perfect song. There’s not an ounce of flab on it. The lyrics dovetail perfectly with the music. It’s written great, it’s performed great. Perfect.” And then I looked back to my list and it was rated number 37! So, if it’s perfect, how are there 36 songs better? But then, as I went down the list, sure enough I couldn’t find any ranked better that I would remove. That’s the thing about the artists that I’ve chosen: They have so many staggeringly great songs that it’s hard to separate. As for one that didn’t make the top 100, however, Bob Dylan’s “Man in the Long Black Coat” is one that I feel like I missed the boat on. That song deserved better than number 122 on my list. But, again, what would I knock off to put it in there? That’s the tricky part.

Q: Who are other artists you’re currently considering for future editions?

A: Well, I don’t have any specific plans right now for a Countdown book, because I’m working on a book about the music of the ’80s at the moment. But I think Paul Simon and Prince would be two obvious choices, with Leonard Cohen, The Kinks, and Randy Newman also garnering consideration.

Q: Is there any band out there that you’d like to do a book for because of your own personal taste but have not because you don’t think there’s market for them currently?

A: I think all of the ones I mentioned above, save Prince, might fall in that category. The books have to sell, obviously, so someone with maybe too narrow a niche, while I would enjoy writing about them, might not be the best choice in that department.

PS. Our readers have also made some hard choices in our posts Your Top 5 Beatles Albums, Your 5 Favorite Albums by The Who , Your 10 Favorite Concept Albums and The Fans Have Spoken: Top Ten Rock and Roll Hall of Fame Snubs.

0 comments on “Could You Rank the Top 100 Songs of Bob Dylan and Radiohead?”