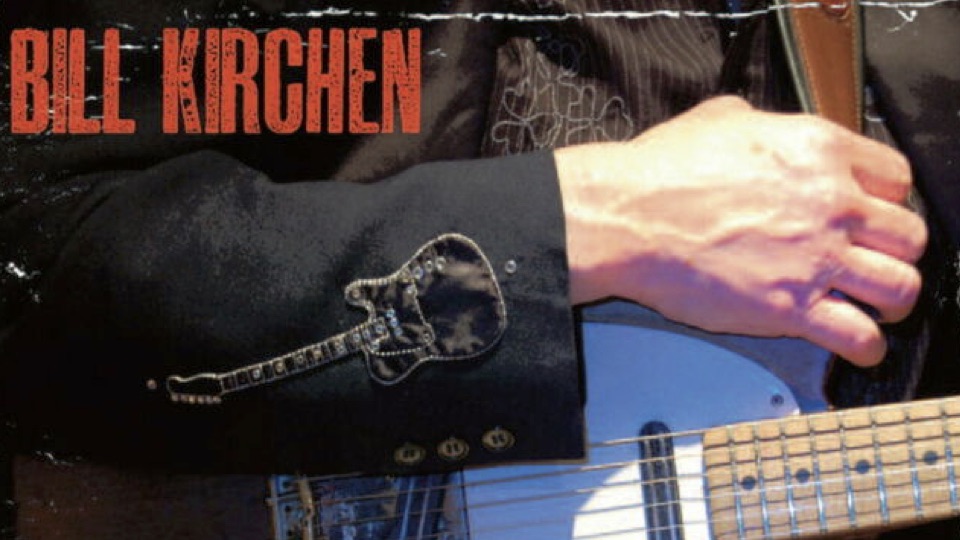 Bill Kirchen himself put it best: “They don’t make 50 years like they used to.”

The famed “Telecaster Titan” and co-founding member of Commander Cody and His Lost Planet Airmen serves up some slick licks with his just-released, The Proper Years. His impressive career encompasses 50 years of world-class playing and shaping the face of rockabilly and Americana music as we know it. Today, we’re celebrating Kirchen’s whirlwind career, and where he’s headed next on his long and winding musical road trip.

A native of Ann Arbor, MA, Kirchen got his start way before the music industry’s spotlight hit him, performing in his high school’s talent show alongside a young, wide-eyed Iggy Pop who was also included on the lineup. From there, he leaned into his guitar playing chops, while co-founding Commander Cody and His Lost Planet Airmen. He cites the 1964 and ‘65 Newport Folk Festival as one of the most influential events in his life, where he witnessed Bob Dylan perform an electric set for the first time live. This, along with other legends performing at the iconic event, ultimately led him to pursue music as his life’s work.

Related: “The Beatle Who Vanished…Then Reappeared”

“That pretty well blew away the competition for what I was going to do before, or if, or when I grew up,” Kirchen reflected on the festival.

Commander Cody and His Lost Planet Airmen’s rendition of Charlie Ryan & The Timberland Rider’s “Hot Rod Lincoln” is a prime cut from the band’s finest work, showcasing Kirchen’s rocket-fueled rockabilly flair and pushing the boundaries of rock and roll as a genre. It was in this group that Kirchen began to blossom as a guitarist, songwriter, and vocalist, and honed his own signature playing style and sound. Kirchen is responsible for coining riffage that blended a multitude of genres. A true maestro of the Telecaster, melding aspects of rockabilly, country, the blues, and R&B to create a sound that you can’t help but tap your foot to. The group pushed back on the early sounds of 70s rock, delivering straight-up rock and roll on a piping hot platter.

Kirchen later went on to have a stellar solo career, being deemed one of the most prolific Telecaster guitar players in music history. His unique style of guitar playing helped influence the sound of Americana music for radio. Kirchen founded The Moonlighters in 1976, and worked alongside other rock and roll giants such as Nick Lowe, Link Wray, and Elvis Costello, working on albums with them both in the studio and on the road. His solo career discography is impressive and includes a plethora of big names contributing licks across his albums. 2010’s Word to the Wise included virtuosos such as Maria Maldaur, Dan Hicks, Costello, Lowe – and even Commander Cody himself.

Fast forward a decade, and here we are: 2020 features a new album from Kirchen. 50 years of shredding on his Telecaster hasn’t slowed him down one bit. With a fiery playing style like his, it’s no surprise he’s still raring to go. The Proper Years combines three solo albums and connects the dots across Kirchen’s awe-inspiring 50-year career, all encompassed in a retrospective package. Lowe, Costello, and other musical masters of their craft can be heard on this cumulative album as well. The new record was just released on July 24, and you can order physical and digital copies here.

As far as the retrospective release goes, Kirchen himself says that it “nicely puts a bow on a whole, very enjoyable period of my life.”