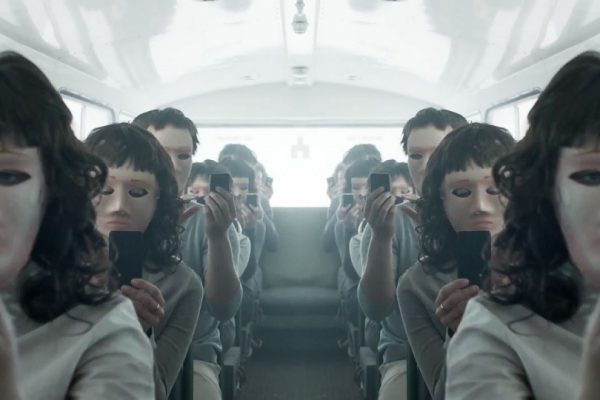 The irony is not lost on us. You’re reading this article on your phone or your computer or your tablet, and we’re recommending a show that’s primary message is “Put that tech down and live a little.” Yes, the dystopian anthology series Black Mirror is back. Or to be more specific, it’s finally arrived stateside, for after two seasons and one special on the U.K. network Channel 4, this emphatically British show premiered its third season in the U.S. last weekend on Netflix. As you might expect, the new co-producer brings with it bigger budgets and greater exposure and partly because of that, the series has evolved a bit in the process.

Here’s what’s the same. Black Mirror still tells a new story each episode, although Netflix now gives the creators the freedom to take as long or as short as they need to tell it. Creator Charlie Brooker’s uncanny ability to mix social science, science fiction and pitch-black comedy is still potent, and he’s got some added help this time around via impressive new talent for the show such as Parks and Recreation creator Mike Schur and star Rashida Jones. The series also still uses the near-future as a way to analyze what the hell technology is doing to us in the here and now. And, thankfully, though Black Mirror has expanded its scope, its purpose remains the same: to challenge the viewers to think about the type of lives they are living.

Furthermore, by bumping up the episode count in Season 3, Brooker and his team are allowed to paint with a much broader brush stroke than ever. Episodes like “Men Against Fire,” “Nosedive” and “San Junipero” pick up where previous seasons left off, exploring ideas like Yelp for people, high tech warfare, and a meta episode that plays with what the Netflix deal would do to the series itself. But, while the series still has a beautiful bleakness that predicts that we’re all headed towards a technological morass, episodes like “San Junipero” offer us something that has been in short supply over the previous two seasons: namely, optimism.

Every episode of Black Mirror is a skillfully executed high-wire act that’s trying to balance genre tropes, new ideas, and heartbreaking themes, all at the same time. It may not always work, but when it does, there are few better shows and/or movies on television or on the Internet or on your phone or in the movie theaters or just about anywhere else you may be watching them. As Stephen King once succinctly put it: “It’s like The Twilight Zone, only rated R.” We heartily agree.

0 comments on ““Black Mirror” Is Changing in Delightful Ways”