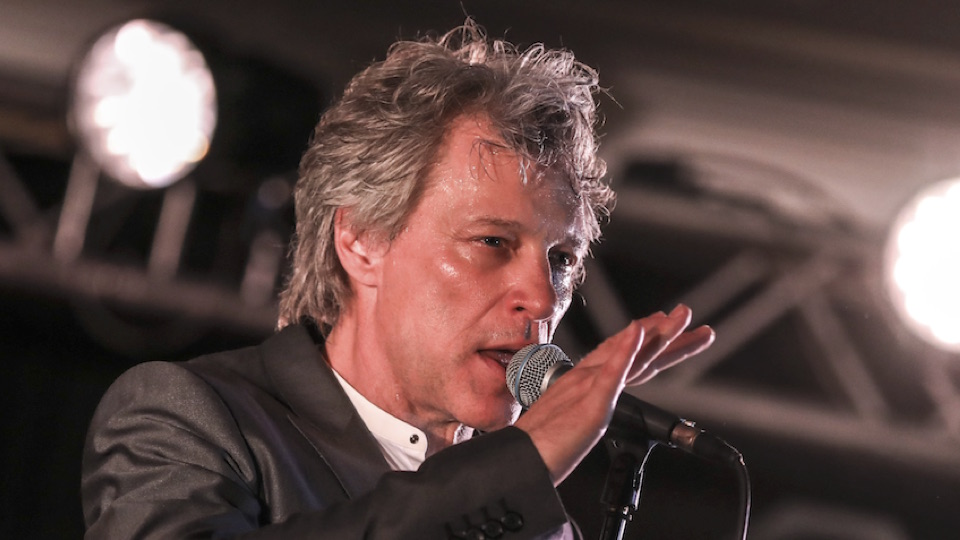 Feeling nostalgic for some new wave, some hair metal, or some good ole Chrissie Hynde? Well, you’re in luck as Erasure, Depeche Mode, Judas Priest, Bon Jovi, and The Pretenders have all had new releases in the past couple of years. And they’re not just geriatric repackagings of greatest hits or painfully off-key performance that make you feel depressed about getting older and growing grayer. Au contraire, these are all totally respectable new albums from familiar names — some with artistic risk, some with throwback appeal, and all of them meriting your attention. Apparently, the ‘80s never died. They simply put out another record.

Starting in the mid-‘80s, Erasure raved onto the pop scene with songs like “A Little Respect,” and “Chains of Love.” That beloved wall of synth maintained success well into the ‘90s with “Always,” “In My Arms,” and “Chorus.” The reality is that Erasure had a good long run. Considering they’ve released twelve albums since 1995, you can’t say they’ve ever faded into the background either. That said, their latest release, World Beyond, may still be a surprise to former fans since it lacks the signature synthesizers and opts instead for what might be called a classical influence. The LP possesses some very good tracks, especially “Oh What a World” with its jarring lyrics “We reap what we have sown, we have no conscience to speak of, it’s sheer madness.” With accompaniment often stripped down to a simple piano and strings, Andy Bell’s vocals sound as strong as ever. And while most of the songs are melancholic, the album ends on an up note thanks to “Just a Little Love.”

Hard rockers Judas Priest technically started in the ‘70s but ultimately found mainstream success with Screaming for Vengeance in 1982 followed by the platinum-certified Defenders of the Faith in 1984. “Love Bites,” remember? What’s kind of amazing over 30 years later is that Rob Halford’s half-shriek, half-singing style is still intact. You’d think he’d be a mere rasp by now. But listening to Firepower, there’s no question that the group still rocks and Halford has vocal power to spare. With their pulsating guitars, rat-a-tat drums, and flying solos, songs like “Lightning Strike” and “Firepower” may have you experiencing a déjà vu rooted in 1983. It’s a solid release for aging metal-heads and newcomers alike.

Like Erasure, Depeche Mode relied on synthesizer power chords and punchy riffs during its heyday but hits like “People Are People” were decidedly darker in tone. Unlike Erasure, their latest album Spirit is not stripped down. Hit play on this new record and any Depeche Mode fan will recognize the throbbing synth bass and swirling tones. The opening track “Going Backwards” warns “we’re going backwards, turning back our history, going backwards, piling on the misery, armed with new technology, to a caveman mentality” but the band’s backward trend in terms of sound works in its favor. The album abounds with cautionary tales like “Where’s the Revolution” and “No More (This is the Last Time)” resulting in a very strong album that stays true to their well-known esthetic.

With all due respect to The First Album … Live! The Palladium, NY. 3 May ’80 (2017) which resurfaced “Brass in Pocket” for millennials, their 2016 album of new material Alone is much more interesting. The Pretenders’ lineup has gone through many upheavals including the deaths of guitarist James Honeyman-Scott and bassist Pete Farndon, the dismissal of drummer Martin Chambers, and the departure of bassist Malcolm Foster.  They’ve always managed to not just survive but revive. On Alone the combination of distorted guitar shuffles, a slappy piano, and some forceful basslines make for some very good tunes. Hynde’s still got that unique phrasing and pitch that make the title track and the gorgeously acoustic “Blue Eyed Sky” worthy additions to an already impressive discography. Be sure to check out “I Hate Myself,” a tasty blues-inspired song with throwback tremolo guitars. Good stuff.

We all associate music video darling Bon Jovi with the ‘80s but they’ve popped up on the charts regularly since then too with “Always” (1994), “It’s My Life” (2000) and “Have a Nice Day” (2005) and their albums continue to go platinum with some regularity. Finally inducted into the Rock and Roll Hall of Fame earlier this year, the band was already back on the map thanks to 2016’s This House Is Not for Sale, an album which embraced their original anthem-rock roots. Despite the departure of guitarist-singer-songwriter Richie Sambora, the band still sounds tight with his replacement Phil X who meshes right into the Bon Jovi sound and style.

Photo Credit: Jon Bon Jovi performs at a VIP dinner party hosted by iHeartMedia and MediaLink during the Cannes Lions Festival of Creativity at Hotel du Cap-Eden-Roc on June 19, 2018 in Cap d’Antibes, France. (Photo by Tony Barson/Getty Images for iHeartMedia)

0 comments on “Blasts from the Past: Five ‘80s Bands With Recent Releases”