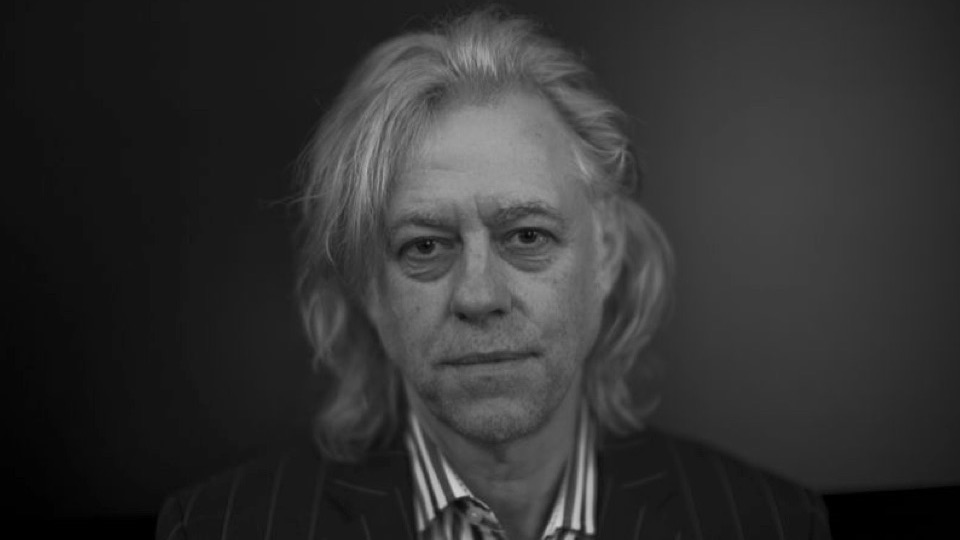 Forget Freddie Mercury or Bono; Bob Geldof was the real star of Live Aid. All eyes were on him as he begged viewers to donate their saved pennies. All ears were pierced during the scorching “I Don’t Like Mondays” performance. And it was on Paul McCartney’s shoulders that Geldof rode triumphantly to lead his fellow performers through the closing number, “Do They Know It’s Christmas.”

His tousled, unkempt hair wore itself all over his wiry, paper-thin body. From then, the potty-mouthed punk emerged in the television’s eyes as a legend, a saint and a knight (the last isn’t a fabrication; Geldof was knighted in 1986). Sir Bob, St.Bob, Lord Geldof: the titles were numerous. Somewhere among them, “Boomtown Bob” was lost.

The Boomtown Rats were Dublin’s answer to The Sex Pistols. They were as cutting as The Clash, as canny as Elvis Costello and as lustful as Thin Lizzy´s smoldering Phil Lynott. The bass-heavy “Rat Trap” sky-rocketed itself to the top of the UK charts in 1978. That it kicked Grease´s “Summer Nights” from the position showed how quickly musical tastes were changing across Britain and Ireland. Adding fuel to the burning fire, Geldof personally ripped up a John Travolta poster while performing the song on Top of The Pops.

Anthems “Like Clockwork,” “Diamond Smiles” and “She’s So Modern” furthered the band’s position, depicting the fractured shards of the collapsing Eighties. Behind the pounding riffs, freakish keyboards, and scintillating harmonies stood Geldof, the impossibly handsome singer searching for an intangible truth. He was very nearly Ireland’s Bruce Springsteen, an honor that U2 took in the Boomtown Rats’ wake. Instead, Geldof’s charitable ventures took him down his own path, one laced with perils tinged with more electric spark than what his punk bandmates explored. Geldof’s musical career has been erratic, yet his status as a spokesman never dwindled after Live Aid.

Related: “Where Were You When…You First Heard ‘We Are the World'”

But it looks the Rats might have their day. Reuniting for a series of Irish performances in 2013, the just-released Citizens of Boomtown confirms the band’s interest in re-exploring their song catalog. Bassist Pete Briquette serves as album producer, the four-string player having previously co-written the polemic “Banana Republic” with Geldof. Lead guitarist Garry Roberts and drummer/vocalist Simon Crowe have completed the lineup. Lead single “Trash Glam, Baby” is an exhilarating piece, the guitars punching with swirling seventies swagger. Glam rockers New York Dolls and The Spider of Mars are prettily referenced in a work that unashamedly pays tribute to the era of glittered faces and rose-tinted lipsticks. The Boomtown Rats were never a band who paid heed to convention. That their first single in nearly forty years should sound so different from their back catalog only confirms this.

“So why a new record? “ Geldof explained “Because that’s what bands do. They make records. Songwriters write songs. There’s so much to respond to in this new and different febrile atmosphere that we live in. People forget we took our name from Woody Guthrie, the great musical activist. I think The Boomtown Rats have always shown that rock ’n’ roll is a form of musical activism.”

To coincide with this release, the band have announced Tales of Boomtown Glory, a compendium compiling lyrics, archived notes and new stories personally penned by Geldof. This book and album will be released in tandem with a documentary directed by Billy McGrath. Geldof, who starred in Alan Parker´s trailblazing The Wall, is no stranger to the camera. He personally staged the magnificent Live Aid for the Earth’s glory. He should be commended for re-birthing The Boomtown Rats to their exalted glory. We´ve missed you, Boomtown Bob.

3 comments on “Bob Geldof and The Boomtown Rats Are Back”