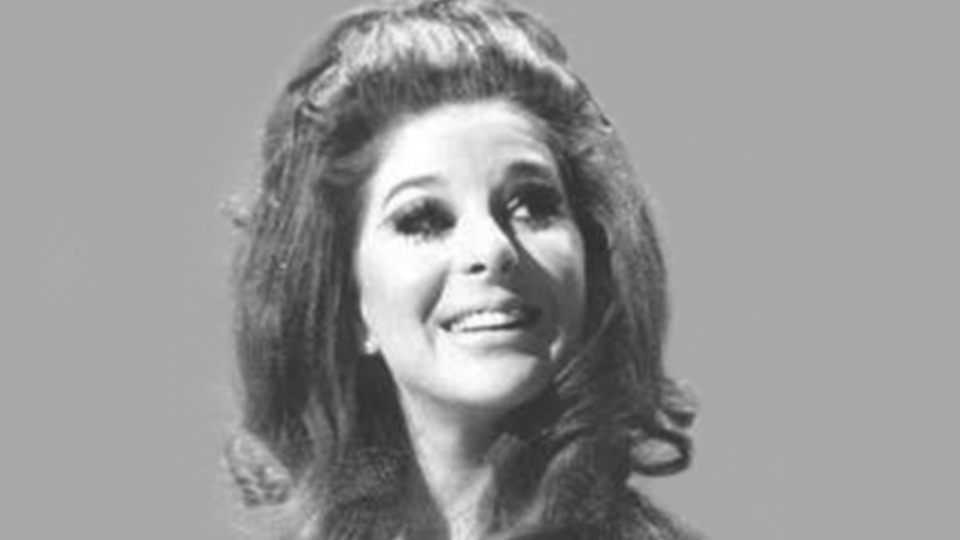 There are no reports citing that Bobbie Gentry and Jefferson Airplane’s Grace Slick ever met; perhaps the reason being that their music is so dissimilar to each other. But the odds are Bobbie would agree with Grace’s sentiments on aging pop stars:

“I don’t like old people on a rock n’ roll stage. I think they look pathetic, me included. You can do any number of things in the music business aside from trying to look like you’re 25. To me it’s embarrassing.”

Bobbie made sure she would never incur the wrath of Ms. Slick by leaving all stages and the music business at the not-so-ripe old age of 40. She has eschewed all interviews for 38 years and counting. In this age when some people would lie in the middle of a highway if it would guarantee them fame, Ms. Gentry left the fast lane and is very content to live a life off of all grids—where she can count her millions in peace.

Bobbie was the Taylor Swift of her day in that she could play guitar, write songs and sing as beautifully as she looked. Ms. Swift even sang praises of Ms. Gentry; although Taylor has never come right out and say that the subject of her 2012 song “The Lucky One” is Bobbie. But the lyrics spell out Ms. Gentry’s decision to be the J.D. Salinger of pop music:

“They still tell the legend of how you disappeared/How you took the money and your dignity/And got the hell out.”

Yes, Ms. Gentry has a hundred million reasons to check out—the reasons equaling the dollars she is estimated to be worth. Bobbie is as intelligent in business as she is in her songwriting, collecting 10% of the profits from the Ode to Billie Joe film. She also invested well in California real estate, and was one of the original owners of the NBA’s Phoenix Suns.

Her road to immense wealth started inauspiciously in Chickasaw County, Mississippi, where before she was a “Gentry” (taken from the Ruby Gentry film), she was Roberta Lee Streeter who grew up on her grandparents’ farm, without electricity or plumbing. Bobbie left the farm for the bright lights of Los Angeles, where, while at UCLA majoring in Philosophy, she played her self-penned tunes in clubs. Her demo tape caught the attention of Capitol Records producer Kelly Gordon, who signed her up. He chose Bobbie’s “Mississippi Delta” to be her first single, while “Ode to Billie Joe” was relegated to its B-side. However, DJs and the listening public turned the spooky story-song, which was recorded in 40 minutes, into a number #1 hit knocking the Beatles off of their customary perch for four weeks in 1967.

Her ex-husband and father to her only child (a son named Tyler), singer Jim Stafford, succinctly summed up the song’s impact:

“If it hadn’t been for ‘Ode to Billie Joe,’ there wouldn’t have been Jeannie C. Riley’s ‘Harper Valley PTA’ or Tanya Tucker’s ‘Delta Dawn.’ They didn’t exactly copy Bobbie’s songs, but they saw the value in how incredible she was at telling a story, creating a sense of place and putting you around that supper table as casual people were talking casually about somebody’s death.”

Even Bob Dylan took notice of the power of “Ode,” responding with most likely a parody song, “Clothes Line Saga” (later covered by the Roches) which was originally titled “Answer to Ode” with lyrics like:

“Mama come in and picked up a book,
And Papa asked her what it was,
Someone else asked, ‘What do you care?’
Papa said, ‘Well, just because.’”

But unlike Dylan, whose lyrics were constantly analyzed, Bobbie disgustedly discovered that critics would rather analyze her body than her body of work.

“Twenty-three-year-old Bobbie Gentry is anything but the hillbilly folk singer you might expect. If she didn’t have a Miss America type figure (37-23-37), you might call her an intellectual.”

While some so-called intellectual specimens (i.e. Jim Morrison) chose to self-destruct, Bobbie chose to “self-make” herself. She left Los Angeles for Las Vegas where she spent ten years starring in and choreographing an over-the-top show (“Southern Nights”) that featured her in sparkly, Liberace-like outfits. In between performing, she found time to marry the first of her three husbands, the founder of Las Vegas’ Harrah’s Hotel, Bill Harrah. Her four-month marriage to Harrah (his fourth out of seven) sparked rumors that the then 26-year-old Bobbie was a “sugar baby” to her 58-year-old hubby. In her last top ten hit, “Fancy,” she slyly addressed the gossip by singing and playing the part of a prostitute, detailing how:

“…a benevolent man,
Took me in off the street,
And one week later I was pouring his tea,
In a five-room hotel suite.”

But as her hits declined, so did her interest in performing and recording. She may have signaled her farewell to the cruel show-biz world with this lyrical hint from the song “Lookin’ In,” from her final studio album in 1971, Patchwork:

“I’m packing up and checking out/I just can’t bring myself to compromise.”

2 comments on “Bobbie Gentry: She Longed to Be Gone”