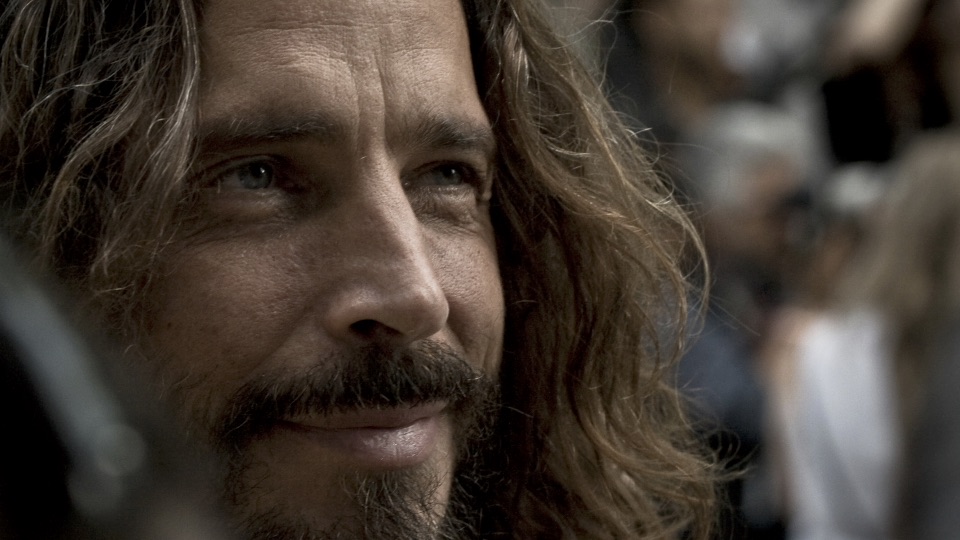 The late Chris Cornell wrapped himself in the honesty of his work, having carved a legacy as a poet of latter-day Grunge. Together with guitarists Kim Thayil and Hiro Yamamoto (and a bit later, drummer Matt Cameron), Cornell founded Soundgarden, an outfit determined to return rock from stadiums to the honesty of it’s most primordial form.

Cornell was the ultimate disciple, bringing to every guitar lick an energy that could only come from a place of tremendous self-awareness. Shaping his voice to the biting guitar patterns, Cornell and Soundgarden created soundscapes of alienation, backed by an immediate rock ballast. Behind the buoyancy came a darkness dear to Cornell’s heart, one typified on “Showdown,” his posthumously-released cover of Jeff Lynne’s bouncy hit. Cornell expertly transforms a kitschy kitchen-sink drama into a fable about uber-violence.

“Showdown” is but one of ten songs that Cornell chose to cover on his final studio album, the new compilation, No One Sings Like You Anymore (the streaming version is currently available; the vinyl version is out on March 19th).

Although posterity has bolstered Kurt Cobain as Grunge’s “John Lennon,” Cornell’s estate has just released his own acidic remake of John Lennon’s jaunty “Watching The Wheels.”

Between solo and band work, Cornell crafted a body of music that flitted between earnest and esoteric. That was what made Cornell so popular, particularly within the rock peerage. Anyone with Cornell’s gravitas could gain applause from many of the heavy metal acts of the highest ranks. Black Sabbath vocalist Ronnie James Dio loved his work, as did Axl Rose. “I enjoy Soundgarden,” Rose declared. “The singer [Cornell] just buries me. The guy sings so great.”

Clearly, the feeling was mutual, and Cornell showcases a rendition of “Patience” with his own vulnerable truth. This version of the song introduces textures more prescient than any heard on the original. Purportedly recorded alone by Cornell and producer Brendan O’Brien, the song crackles with an immediacy even more palpable than the 1989 original. “Patience” is one of many startling insights into the workings of Grunge’s most malleable warrior, though Cornell – who died under tragic circumstances in 2017 – isn’t around to celebrate No One Sings Like You Anymore.

There is much to celebrate on the album, as the covers veer from the liturgical (‘Nothing Compares 2 U’) to the explosive (‘Jump Into The Fire’). Lennon and Lynne make their appearances, but the album showcases a more esoteric flair by way of Ghostland Observatory’s “Sad Sad City” and a startling version of Janis Joplin’s “Get It While You Can” (shifting the focus from Joplin’s boisterous narrator for a more electro-influenced milieu.) And just as listeners fear that the album may have become too sensitive to sustain their interest, the rock voice that had inspired so many makes a return on the sprawling “Stay With Me Baby,” closing the album with a supercharged performance that aches for the live stage. Exhilarating, energetic, and ultimately exhausting, the song closes a legacy that opened with Soundgarden and continued with Audioslave. No one ever sang like Chris Cornell, and no one ever will.