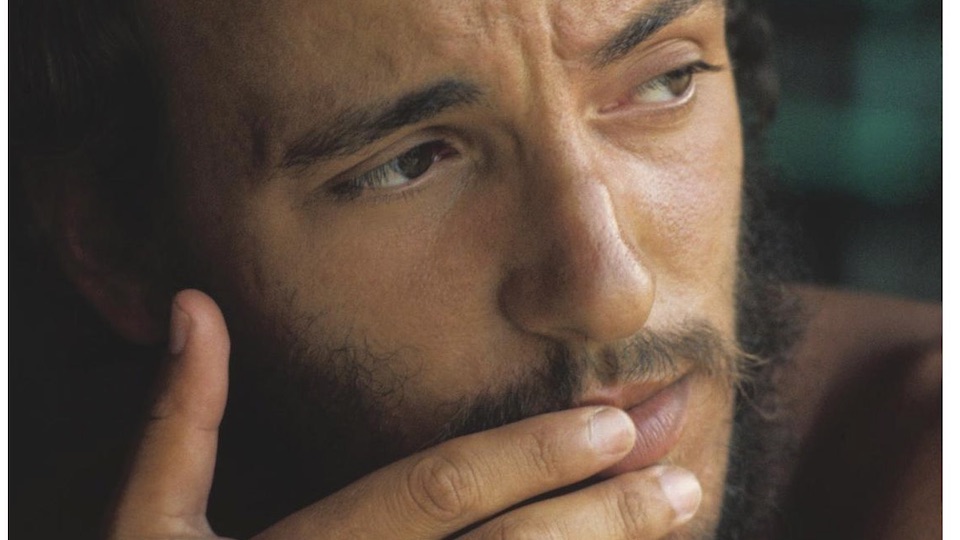 No one disputes that Bruce Springsteen joined the upper reaches of the musical stratosphere with 1975’s Born to Run. But it was preceded by a 1973 offering that remains a masterful display of musicianship and poetry, jazz and rock, tragedy and hope. While it was written by Bruce as he approached his mid-twenties, it contains the wisdom and soul of someone infinitely older. This musical marvel is The Wild, the Innocent & the E Street Shuffle.

E Street opens with a blast of sweet dissonance that assembles itself into pure swing on “The E Street Shuffle.” Filled with horns and a strong jazz feel, it celebrates a dance without official steps, but according to Springsteen, “…was just the dance you did every day and every night to get by.” An engaging opener, it makes listeners want to get up and form a line. Bruce owns his Jersey Shore roots in his shout-outs to various people from his past, such as The Boy Prophets and Little Angel.

The next track is “Fourth of July, Asbury Park (Sandy),” a mournful tune that bids farewell to his Asbury Park youth in the form of a love song to “Sandy” (a composite of young ladies) as he acknowledges that their beach days are coming to an end and it’s time to move into adulthood. (“For me, this boardwalk life’s through, babe…you ought to quit this scene, too.”) The lilting melodies, his whispery approach to the vocals, and band member Danny Federici’s lyrical accordion call up an era of adolescent love/loss that millions continue to embrace. He pays tribute to one of Asbury Park’s legends, Madame Marie, a fortune-teller who told him that he would be a success one day.

After that tender ballad comes “Kitty’s Back,” a jazz track loaded with energy. Bruce said he got the title from a neon sign proclaiming the return of a dancer from a local strip joint; he parlayed it into a tune about the return of a Jersey girl who split for New York City with a rich man but winds up slinking back into town. There’s a wealth of fantastic instrumental riffs and a building crescendo to the final climax of Clarence Clemons’ astounding 45-second wailing sax solo. The lyrics “So get right/get tight/get down!” sum up its unique spirit.

“Wild Billy’s Circus Story” rounds out Side One, with a lilting “oom-pah” opening, the odd, beautiful inclusion of tuba and accordion, and Bruce’s gritty vocals as he conjures up the vibe of a circus sideshow. The barkers, the colorful characters who fit in nowhere else, the machinery and the acrobats make for a sweet piece of carnival atmosphere.

Side Two opens with “Incident on 57th Street,” a track that could be the harbinger of the better-known “Jungleland,” from Born to Run. “Incident” tells the heartbreaking story of “Spanish Johnny” and “Puerto Rican Jane,” New York City sex workers whose tragic worlds collide one fateful night. After a gentle keyboard opening, we hear “Spanish Johnny drove in from the underworld last night/with bruised arms and broken rhythm and a beat-up old Buick/But dressed just like dynamite.” We now know all we need to know about poor Johnny – escort, addict, anguished soul. He receives comfort from Jane and they embark on a brief encounter that calls up aspects of West Side Story and the dark side of human nature. It’s a Shakespearean tragedy in under eight minutes.

The doomed romanticism of “Incident on 57th Street” segues into the life-affirming “Rosalita (Come Out Tonight).” “Rosalita” pulls out all the stops in this tale of Springsteen’s struggles as a starving artist, and that tipping point when he tells his girlfriend that his fortunes will be changing and demands that she throw in her lot with him. There are complications, though, in the form of her mightily disapproving parents. Rosie’s mama remains stubbornly stationed by her apartment window, waiting for her daughter to return home. (“She’ll be there in that chair when they wrestle her upstairs, ‘cause she knows we ain’t gonna come…”) This is the all-out rocker on the album, and the slow build as our hero wins his girl is major musical exhilaration. “Rosalita” was the band’s final number in live concerts for over a decade; nothing can beat it for a show-stopper. Fans would go crazy and chime in on the line “Well, tell him this is his last chance…to get his daughter in a fine romance….because the record company, Rosie….just gave me a big advance!” In an album full of regret, this is a track that wittily sticks it to the stodgy older generation and celebrates success.

The Wild, the Innocent & the E Street Shuffle ends with a moving poetic stream of consciousness with “New York City Serenade.” Nearly ten minutes of free association about New York City life, with its compelling characters (Diamond Jackie, Billy, the junkman, and the fish lady) and “noir” vibe. Springsteen’s songs about his native New Jersey have a sharp specificity, but his songs about New York show a softer, more Impressionistic aspect. “Serenade” is his last jazz-flavored piece, with long riffs and beautiful keyboards by David Sancious, his last before he left the band. There’s a little Gershwin in there too, and a deep love for the struggler’s life and the feisty underdog. It’s a sophisticated and elegant way to close out a memorable album.