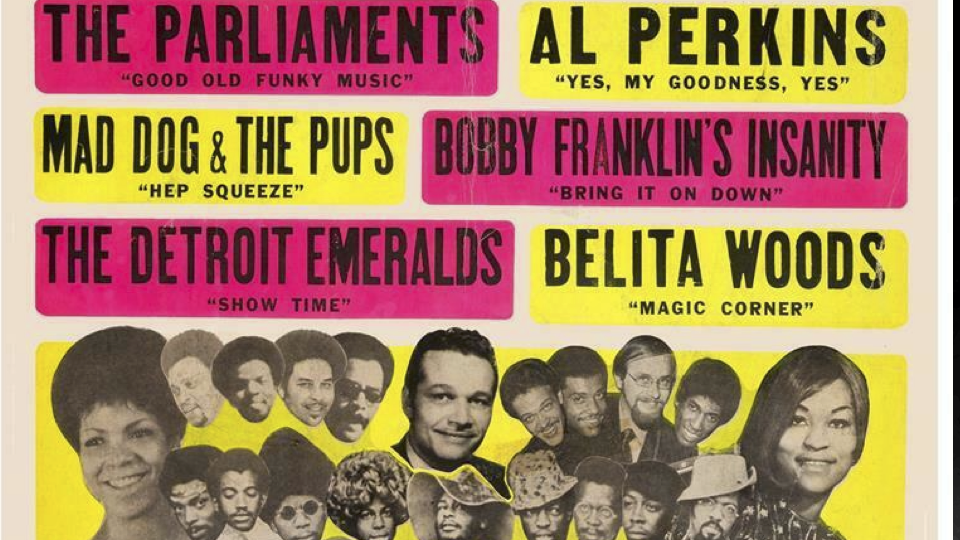 Before the Maggot Brains, the spaceships, the Bop Guns, the Holiday Inn diapers, before all of the out-of-space alien imagery that defines the Parliament-Funkadelic mythos, there were the Parliaments. Five super-bad brothers that followed the lead of Motown Soul stirrers the Temptations, but with an approach that was dipped in a bit of acid. By 1966, the Parliaments consisted of George Clinton, Clarence “Fuzzy” Haskins, “Shady” Grady Thomas, “Sting” Ray Davis, and “Cool” Calvin Simon. A year later, they would be signed to the Detroit-based record label, Revilot Records. Revilot was owned jointly by LeBaron Taylor and producer Don Davis. Revilot would give Clinton and the Parliaments the opportunity to cut tracks that were somewhat in line with what that other Detroit-based label was producing. Six singles would come out of this period, but no full albums were forthcoming.

(I WANNA) TESTIFY/I CAN FEEL THE ICE MELTING

The very first Revilot release finds the Parliaments hitting paydirt on their first try. The A-side peaks at number 3 on the Billboard R&B singles charts and number 20 on the Hot 100. George Clinton is rumored to be the only member of the group to have participated in the recording. Moonlighting from his day job at Motown, Bob Babbitt of the Funk Brothers locks down the rock steady bass. The B-side utilizes a very light vocal approach over a quietly swinging groove.

ALL YOUR GOODIES ARE GONE/DON’T BE SORE AT ME

Like many singles from the Revilot era, we find tracks that represent conventional Detroit soul on one side and eccentric, unorthodox workouts on the flip side. Don’t Be Sore At Me embraces the former bolstered with limitless exuberance, while Goodies hints at the kind of quirky approach that would define Clinton’s work in the next decade. Goodies would be remade for the Parliament album Up For The Down Stroke in 1974.

A slightly cluttered sounding production defines the A-side of this release, while the Goose sounds like a track that was more suited for the A-side. Psychedelic Soul was directly around the corner. Later remade and featured on the Parliament Down Stroke album.

LOOK AT WHAT I ALMOST MISSED/WHAT YOU BEEN GROWING

The A-side bows to the influence of Motown’s Four Tops. The track was first recorded by fellow Detroit vocalist Pat Lewis. The B-side was re-worked by Funkadelic in 1971 into the track Can You Get To That.

The beginnings of Detroit Acid-Funk can be traced back to this single’s A-side. A serious head bopper from the first beat to the last. Time is another infectious Northern Soul sing-a-long that once again pays tribute to the Four Tops.

Breezy Motor City Soul is the best descriptive for the extremely catchy A-side. I’ll Wait is an ode to emotional patience. This single was later reissued on the ATCO label, peaking at the 44 on the R&B charts.

Images courtesy of the author