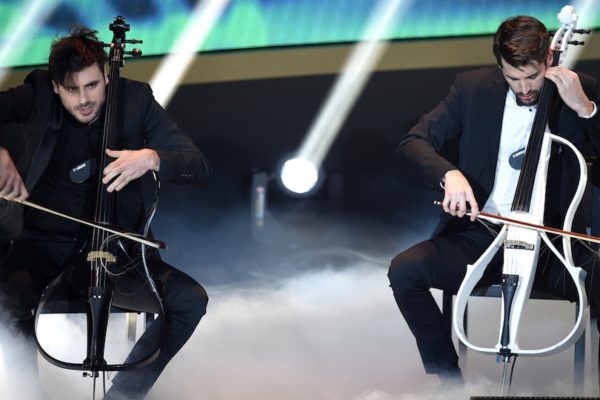 I’m thinking that Beethoven is probably rolling over these days – but in a good way. Because classical music is getting a facelift, thanks to two particular duos. You may have heard about 2Cellos. Luka Šulić was born in Slovenia, Stjepan Hauser in Croatia. They went through the standard classical training, and like many classical musicians, were pretty much starving. Until they flipped things around and did a cello cover of Michael Jackson’s “Smooth Criminal.” That bit of musical jujitsu landed them a spot touring with Elton John and appearing on Ellen. They have gone on to mix their classical chops up with some very cool covers of AC/DC, Nirvana, and more.

But they can still bring classical audiences to tears. Check out Hauser’s version of this Meditation from the opera Thais.

Then there’s Black Violin. Wil B and Kev Marcus have combined violin and viola with hip hop rhythms (waaaah???) The two met in Florida at the Dillard High School of Performing Arts. And since then, they’ve been mixing your basic Haydn-vibe with some fierce beats. A few years back, they clinched the “Legend” title at Showtime at the Apollo – and face it, the Apollo does NOT give out awards unless you seriously deserve it.

Since then, Black Violin has worked with Aerosmith, Tom Petty, and (sadly) Kanye. ‘Cause I’m no fan of Kanye. At any rate, I am loving how classical music and its related instruments are being shown some 21st-century love. “Timeless” does not have to mean sleepy. These two duos are waking things up. Bach on…