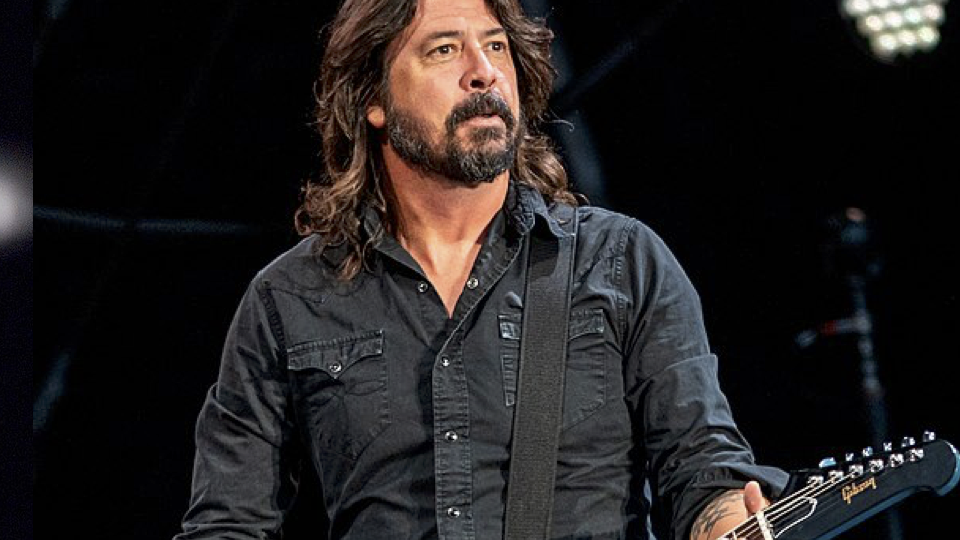 Dave Grohl needs you. You’d never know it from social media. True to form, online accounts give zero indication of difficulty. Instead, they post and repost rosy pictures of Dave smiling, giving clever interviews, and playing with the Foo Fighters. It’s the “all is well” image that we’ve come to expect and project into the world through pixels of light shot onto two-dimensional screens.  But make no mistake, right now an icon of his generation is not just deeply sad, he’s grieving. And like anyone grieving, he needs support.

Grohl’s friendship with Taylor Hawkins was beyond close. In his autobiography, Storyteller, Dave struggles to describe his deep love for Taylor in platonic terms. “I am not afraid to say that our chance meeting was a kind of love at first sight, igniting a musical ‘twin flame,’” he muses. Taking a mystical tone he continues, “We are absolutely meant to be, and I am grateful that we found each other in this lifetime.”

Their passionate, loving friendship nearly ended in 2001 when Hawkins overdosed and landed in a coma from which doctors feared he might never awake. Grohl spent a terrifying two weeks bedside at the hospital. In a 2011 interview in The Guardian, he admitted “when Taylor wound up in hospital I was ready to quit music. Because, to me, it felt like music equaled death.”

He’d been there before. Grohl’s rockstar trajectory first blasted off upon meeting Kurt Cobain. Like Hawkins, Cobain also overdosed—and was reported to be dead—before recovering. Nirvana’s rocket ride came crashing down two months later when Cobain ended his life by suicide. It was a devastating loss for Grohl, one from which he doubted he could ever rebound. When Taylor Hawkins died in March, it must have resonated with Grohl’s trauma of Kurt’s death. Two epic musical collaborators. Two dear friends. Two tragic losses. It’s difficult to imagine how one person could bear such epic loss.

But Dave Grohl is resilient. He proved this when he recovered from Kurt’s death, and the death of Nirvana, by going on to form Foo Fighters, another legendary band. Speaking to The Guardian, he credited family. “If I ever felt that I was getting swept away by the craziness of being in a band, well, I’d go back to Virginia. And I’d spend the night in the room I grew up in. And I’d hang out with people I was in second grade with, and their kids, and ‘Uncle Dave’s here!’, and whatever. I’d have a barbecue with the people I loved, and that kept me from getting lost.”

Connecting with people who matter, and maintaining relationships is one key to resilience according to psychologists Al Desetta and Sybil Wolin. In their seminal book The Struggle To Be Strong, they describe seven key factors to resilience, including Creativity (finding a way to express oneself), Humor (appreciating what’s funny), and Initiative (taking charge of your situation). Dave Grohl seems to be using them all. But nobody is perfect, not even rock gods projecting happiness through social media.

People are suffering. Drug overdoses are at an all-time high. Gun violence in and out of schools is traumatizing. A million Americans died from Covid. Like Dave, many of us are grieving. Yet coping with death is a taboo subject we hardly ever discuss.

Most people have heard about the five stages of mourning: denial, anger, bargaining, depression, and acceptance. But there’s no one way to grieve. These stages often come “out of order,” persist longer than expected, and surprise us by reappearing when we least expect it. In Storyteller, Dave Grohl wrestles with the nature of grief.  “Is it time that dictates the depth of your grief when losing someone? Is the emotional relevance simply determined by the number of days that you spent together?”

People have pondered the meanings of life and death for eons. There are universalities to the experience of loss. Rock stars aren’t the only ones putting on a brave face in public. And you don’t need to have been best friends with Kurt Cobain to be devastated by loss. In the end, everyone’s grief is different. There are things all of us can do to build our own resilience and support bereft friends and family. Adam Rabinovitch, Executive Director at COPE, a non-profit serving bereaved families says the main thing you can do is reach out. “Let grieving friends know you’re there to listen. Don’t say you’re there for them. Say you’re there with them. Stay connected.” We’ve entered an era of hidden grief. There are a lot of Dave’s out there. All of them need support.

12 comments on “Dave Grohl Needs You”