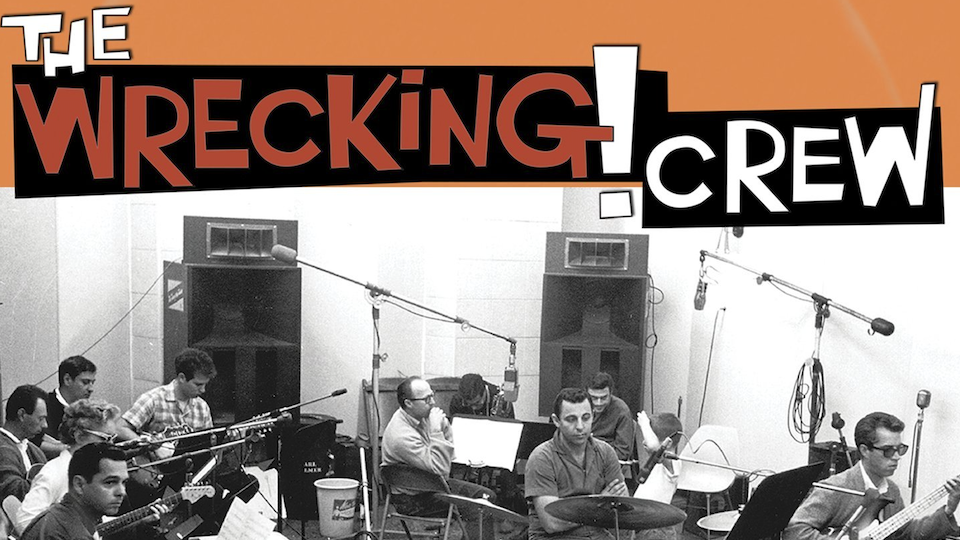 In 1974, the Righteous Brothers sang about a rock ‘n’ roll heaven reserved for rock stars. Peter Tork landed there in 2019 and let’s hope he actually gets to play guitar, unlike his Monkee days when the Wrecking Crew played on their albums instead of him.  These masters included Glen Campbell (“Mary, Mary,” and “The Kind of Girl I Could Love”), Al Casey (“Papa Gene’s Blues,” “Laugh”), and Bill Pitman (“The Monkees Theme Song”).  But Crew member Don Randi recalled: “Peter Tork was a great musician. He was the only one that could have held his own, as far as I’m concerned, with any of us.  And he wondered, “’Why the hell am I not on these records?’ He always came ready to play.”

At the age of 88, pianist Don Randi still comes ready to play the occasional club date with his two children, Leah and Justin, and to share anecdotes from his 2015 book You’ve Heard these Hands: From the Wall of Sound to the Wrecking Crew and Other Incredible Stories.  The book tells of his days of backing up the bigwigs like his good friend, Nancy Sinatra ( “These Boots Were Made for Walking”), Buffalo Springfield, the Association, Frank Zappa, Frank Sinatra, Lee Hazlewood, and many more.

The discography of Don’s credits is almost as long as the title of his book.  But the time Randi spent being part of Phil Spector’s Wall of Sound band meant he played a bit part in his role as a father/husband.  Don, a classically trained musician who was conducting bands in Catskills’ nightclubs at the age of 15 and a jazzman at heart, recalled: “There was a period of two to three years in a row, my wife, Norma and I were talking about something to do with our children.  They were getting out of control and we’re arguing and she looked at me and said, ‘Well, where the hell were you?’ and that was the end of the argument.  I was never home.”

Maybe Norma heard that her exhausted husband fell asleep at the recording session for “Good Vibrations.”  That is after Beach Boy Brian Wilson told him to just hold a Hammond organ note for a long time, Don recalled: “I grabbed a pillow, laid down and I put the pillow over the note I had to play and put my head on it.  I fell asleep.  I was out in thirty seconds.  About ten minutes later, I heard, ‘Don, thanks—that was fantastic.  I really appreciate that.’”

But Don didn’t lend his helping hands to just well-established bands.  Before Linda Ronstadt galloped away from the Stone Poneys, Randi played an improvised harpsichord solo on the Poneys’ Mike Nesmith-penned “Different Drum.”  At the session, Randi recalled seeing the sheet music for his part: “On the chart, all it says is ‘Rock ‘n’ Roll Bach style.’”

Randi and scores of session players have received credit for playing on songs but rarely a songwriting credit (or even a thank you) for contributing to a song’s smash success.  Don’s son, Justin, stated: “Neil Diamond was in the studio, they’ve got the Wrecking Crew in there, and it’s just not working out.  (Drummer) Hal Blaine says, ‘Neil, just go with Don to your house and sit down and figure this out.’  And so they did.”

It’s safe to say just how much or how little songwriting credit given to any session musician will always be in dispute—especially from the songwriter’s lawyers and recording label.  But Randi has stated that there is no dispute that Phil Spector was one of the first producers who saw to it that session musicians were paid union wages.

“Phil paid union wages when a lot of the majors weren’t.  That’s when we first started getting a pension fund and hospitalization benefits.  When Motown first came to LA from Detroit, their first session was with Tony Martin and (producer and head of Motown’s LA division) Hal Davis opened up his briefcase and starts to pay the session men with cash.  I said, ‘You can’t do that.’  He said that’s how we do it in Detroit and I said you’re not in Detroit and the next thing I know is that these two big arms come around me and it’s James Jamerson, one of the greatest bass players of all time and he kept saying thank you, thank you, because those guys never had unions.  All those guys, the Funk Brothers [Motown’s Detroit-based session musicians] got paid nothing.  Fifty, a hundred dollars, no residuals.”

In 1970, with the money he made as an in-demand session man, Don opened up a jazz club in Studio City, CA called The Baked Potato.  The club is still around; the decision for Don to own a jazz club is slightly ironic, considering he once said of his time being a rock ‘n’ roll session man: “You could play jazz your whole life and call yourself a jazz musician but I needed to earn money.  The rock ’n’ roll game was money.”

3 comments on “Don Randi of The Wrecking Crew”