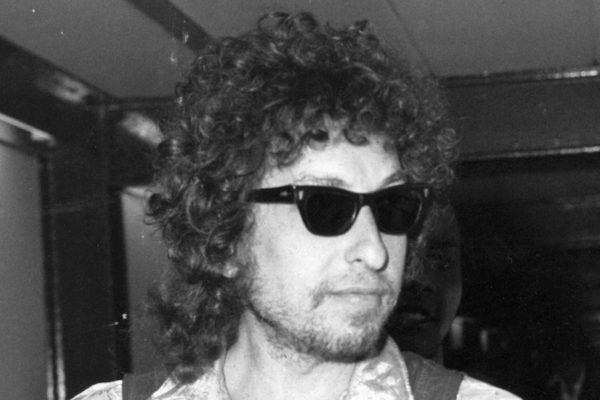 What is it about Bob Dylan? He defies every expectation of a pop star, and yet packs houses endlessly well into his seventies. His shows are epically frustrating, even to fans; which Bob Dylan are we seeing tonight – the shamanic conjurer who brings chills with every line and tosses off genius licks on the piano or the harmonica for his band to flesh out, or the bizarre mutter-singer who seems to have no interest in his audience, and appears to be practicing an instrument he has never encountered?

His writing style is a mashup of humor so inside no one knows when the jokes are, magical realism, and an old-fashioned sense of form that has more to do with French medieval ballads than it does with typical folk-rock material. Try to find a classic pop-rock song not written by Dylan wherein the last line of each verse is exactly the same, and there is no bridge, no real chorus, and no formal arc to the song, just a long chain of long verses – seriously, let me know if you find it, because Dylan has written dozens of these emulations of old ballad forms.

His singing…well, if you want to end a friendship, I think the order of business is religion, politics, and Bob Dylan’s voice. Nonetheless, I’d like to spend the next two hundred words exploring why Dylan’s voice is awesome and crucial, and clear up a few things in the process. Dylan’s output can be approached in many ways — differing opinions and alternate takes on the history are welcome!

First of all, Bob Dylan does NOT sound like an old blues singer. This is a fallacy spread far and wide in reaction to the rasp he has developed with age. Pre-WWII male blues singers on record sang with a resonant, fully developed tone, and a heap of vibrato. There are vague connections between Dylan and some Delta blues guys, but truly this is a myth which obscures the true history of his style.

If you want to find a true precursor to Dylan, there’s only one place to look: Billie Holiday. Go listen to her version of “Solitude,” and you’ll hear all the swooping, talk-singing eccentricity of Dylan’s way of approaching a line, merged with a smoky vibrato that Dylan never had. There are no recorded precedents for what Holiday did with jazz songs, and like Dylan, her extreme vocal personality forced bands to adapt and find new ways to support the singer.

What Dylan accomplished, among other things, was bringing this kind of wild, deeply personal approach to a line into folk and pop, and his influence transformed the expectations of singers everywhere. It’s an easy joke by Hendrix that Dylan inspired him to sing because if Bob could do it, Jimi could too. This may well be true, but it misses the way rock and folk singers post-Dylan all sing in ways that respond to or account for his output. Springsteen, Tom Petty, Kim Carnes, Johnny Rotten, Billy Idol – these are obvious choices. They all use pitch patterns derived from speech. They all engage some form of deliberate harshness in their vocal production. And their vocal personalities all force their bands to meet them halfway, as Dylan and Holiday did before them (too much to go into here).

So I suggest listening for those traits in the singers you like, and see if you don’t find out pretty quickly that Dylan, love him or hate him, is such a pervasive influence on pop singing that we mostly don’t even notice it anymore.

PS. While we are talking Bob Dylan, check out our post When Dylan Plugged In and Changed Everything. Or Not. It explores the differing opinions about Dylan’s infamous performance at the Newport Folk Festival in 1965.

29 comments on “Can We Talk About Dylan’s Voice?”