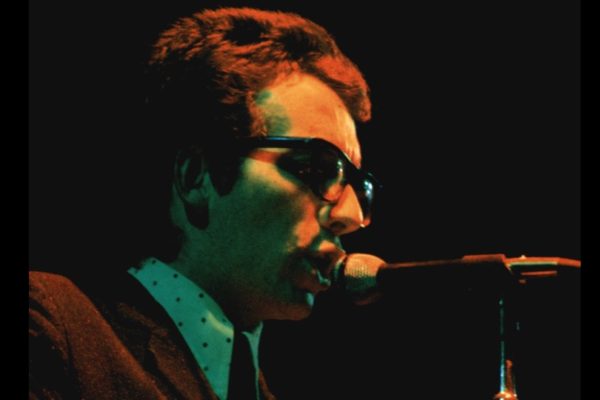 What a way to start an album, man. A couple of seconds of just Elvis Costello’s voice (“I don’t wanna kiss you, I don’t wanna touch”) followed by a full blast of noise announcing the arrival of his new backing band in style. It’s not like the previous group (Clover) and the album they did together (My Aim Is True) were by any means bad, it’s just that they never really transcended their pub-rock limitations, never really had their own unique sound, no matter how much Elvis’ songwriting chops were already formed.

What the line-up of Steve Nieve (keyboards), Bruce Thomas (bass) and Pete Thomas (drums) under the name of The Attractions did was to bring a much fuller sound to the table for This Year’s Model. The rhythm is tight, the organ swirls around it, and the instrumental touches generally surprise without taking all the attention to themselves. It is professional, yet smart and compact playing, not unlike that of contemporary New-Wave bands such as Blondie or The Police. Songs like “Pump It Up” and “(I Don’t Want to Go to) Chelsea” are constantly pushed forward by their grooves, the first aiming at a punk level of energy and explosion, and the latter adding a reggae flavor to that.

Or take one of the album’s defining masterpieces, “Lipstick Vogue,” and notice how halfway through it goes into a raw, amphetamined drum-and-bass jam before exploding once again into the chorus. It is the perfect accompaniment for where Elvis’ head was at in 1978: throughout the album, he sounds angry and spiteful to the core, but always looking for clever ways to annihilate his victims, word-wise. In “No Action” he tells the girl that every time he phones her he just wants to put her down – which can mean both hang up on her and humiliate her – not a happy outcome either way. The way he delivers the chorus in “Lip Service” is just deliciously vengeful, a perfect song for when you’re feeling pissed-off and misunderstood. I’m not sure if I’m getting the wordplay here, but my take is that “lip service” refers both to insincerity (telling her something without really meaning it) and kissing (as in, I’ll tease you with that without going any further).

Most lyrics on the album are based on double entendres – Chelsea can be both the city and the name of a girl, while “Pump It Up” is just chock-full of sexual undertones. There’s going to be a line that will stick with you even in the least memorable songs, such as “No, don’t ask me to apologize / I won’t ask you to forgive me” in “Hand in Hand.” Or, if not, The Attractions will come into the spotlight immediately as they do with those frantic piano lines and turned-up bass in the chorus of “You Belong to Me.” This is simply one of those albums where every single song has something to offer, and whose personality will shine right from the very first listen. It is certainly a peak in Elvis Costello’s career, although far from the only one – we’re talking here about an artist who did and still does go through constant genre explorations and re-inventions. Hell, the soulful balladry of “Little Triggers” shows that his mind was already in a different place.

4 comments on “A “Model” Album from Elvis Costello”