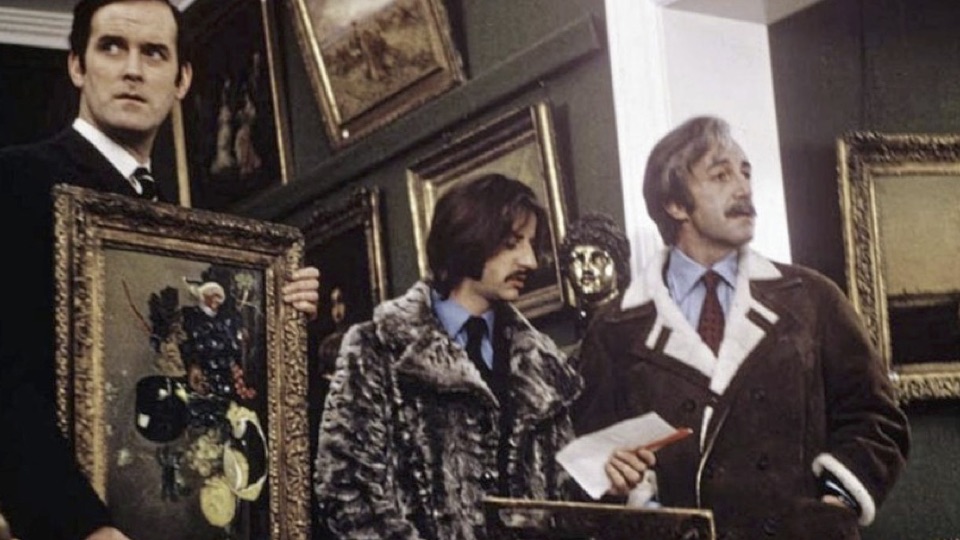 What would you do for the right amount of money? 50 years ago, Terry Southern brought his dark, subversively comic exploration of greed and vanity to the big screen – and in The Magic Christian, Peter Sellers and Ringo Starr set out to put a money-hungry public to the test. However, quite how many people would actually opt to swim in a vat of animal excrement for a handful of cash does remain somewhat to be seen.

Christian is considered a classic film by many people. But why aren’t more people talking about this experimental, joyfully rambunctious piece of cinema? Is it a case of people failing to understand its meaning? Regardless, its 50th anniversary is, as many would agree, a great chance to revisit a true cult classic.

Released in 1969, Southern – who features prominently on the sleeve of Sgt Pepper’s Lonely Hearts Club Band – worked with director Joseph McGrath to project his intentionally farcical explosion to the big screen. It’s a movie with an incredible cast; a British collective of stars and comics and singers. It’s a series of mischievous, rollicking comic vignettes, all built on one principle – that, as billionaire eccentric Sir Guy Grand puts it, ‘everyone has their price’.

The Magic Christian takes place in what was then modern-day London. Sellers, playing Grand, takes huge joy in frittering his endless wealth around, seeing how far he can really make his money travel. He offers random people money to perform bizarre stunts, to publicly embarrass themselves, or to merely cause chaos.

Joining him is Starr as an ad-hoc heir, a vagrant by the name of Youngman. The Fab Four’s legacy can be felt throughout, as Paul McCartney wrote the signature tune, “Come and Get It,” for Badfinger – who recorded the soundtrack. John Lennon and Yoko Ono, or at least caricatures of them, can be seen boarding a ship bearing the movie’s title later on in the runtime.

At the time, the film was seen as hugely uncomfortable. That was, at least, for viewers and critics used to material a touch more formulaic. The Magic Christian follows a series of fragmented adventures, where the Grands flit about London, creating scenes in classy restaurants, defacing artwork in front of an aghast auctioneer (John Cleese), before accompanying a bunch of wealthy elite onto a doomed cabin cruise crammed with gorillas, vampires — and a cross-dressing Yul Brynner.

It’s as gloriously haphazard and ludicrous as it sounds. It’s a movie which, rather than choose to follow any kind of linear story, or any kind of moral or message instead decides to throw everything at the camera to see what sticks. There is a very “Monty Python” quality to the affair – in that it’s practical, to the point, yet completely bonkers. It’s fitting, therefore, that future Pythons Cleese and Graham Chapman actually helped to write an initial version of the screenplay. True to the chaotic nature of the final product, their version would be mostly redacted. Chapman doesn’t even receive a credit, nor do many recognizable stars.

Critics weren’t particularly kind to Christian. However, that’s probably fairly easy to understand. While times have changed, much big-screen comedy is still alarmingly safe. Christian is anything but that. It picks up an idea, and instead of gently segmenting it across the runtime, it flings bits of it around. It’s a playful character experiment. Much in the way that “Guy Grand” teases and challenges people to see what they’ll do when tempted, the characters of Christian are pushed to their limits for fun. Boundaries are bounced over, polite society is custard-pied, and our perceptions are mocked. And it’s all great fun.

That’s probably why Magic Christian can be such a challenging movie for many people. There’s nothing quite like it. The central topics really hit home (even to this day): that in a society ruled by money, there are always going to be people who will do anything for it.

Guy Grand is simply having fun; he has no worries or woes, for he has all the money in the world. He can stroll around London bribing parking attendants into eating their own tickets, and he won’t even be reprimanded. He’ll use heavy artillery to shoot down a Sunday roast, cause public displays of absolute nonsense, and he’ll be on his way to his next adventure. It’s a dark, yet gleeful exploration of possibility in a world where money governs absolutely. In that way, it’s also the perfect slice of satire.

It’s possible to either love or hate Magic Christian, and it really all depends on what you look for from a movie. If you like your films to be free from any kind of shackles, and simply want to see the extremes characters can potentially get up to, you’ll want to watch it as a priority. If you prefer to play things safe – or if absurdity really doesn’t flash up on your radar – then it’s likely not going to be the movie for you. Some will claim that the movie is remarkably dated – but that’s hardly a crime, and even the best of the best are products of their time.

Regardless of your tastes in entertainment, it’s impossible to disregard The Magic Christian as a cult classic. It is knowingly disjointed, purposely subversive, and utterly thrilled about it. It’s this joy which is so magnetic to watch, even so many years later. Sure – Ringo may have made his cinematic mark in other, less chaotic ways, but it’s one of his most memorable outings on the big screen. Sellers, meanwhile, was built for the role of Sir Guy Grand.

With there still being such a big divide in terms of experimental cinema and mainstream movies in 2019, The Magic Christian deserves a renaissance. If nothing else, it merits re-watching, as the original novel merits re-reading. If you adore cult movies and are looking for a script which throws everything tangible out of the window – while having a fantastic time doing so – as McCartney and Badfinger command, ‘come and get it’.