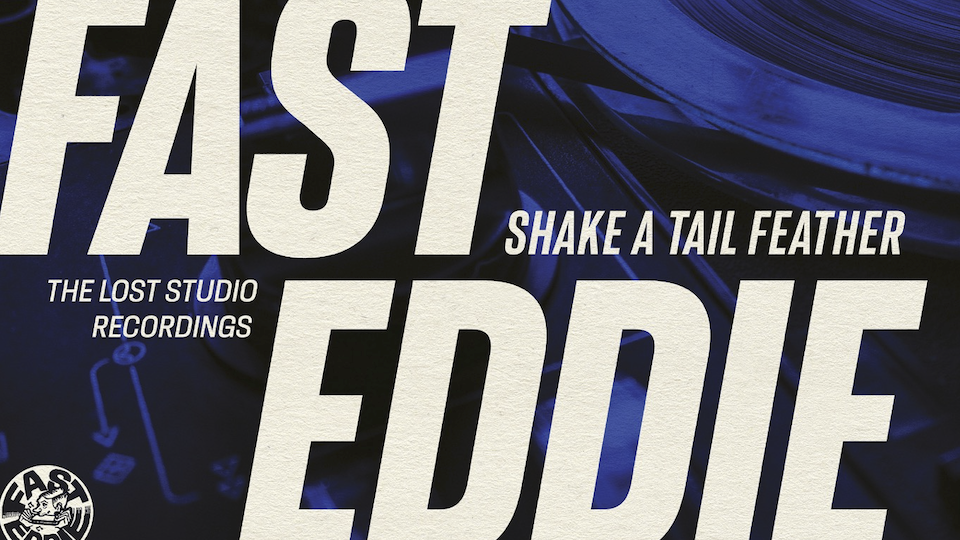 Punk swept across England in 1977, but not everyone was a fan. 10cc guitarist Lol Creme felt personally “affronted” by the movement; Queen drummer Roger Taylor sensed that his band had to change to survive, and Nick Mason felt upset by John Lydon’s choice of t-shirt (his Pink Floyd bandmate David Gilmour took comfort from the fact that The Pistols swung at their band, and not one of the myriad other progressive rock act that England held in spades.)

Not everyone was blown away by punk and its primal charm, as is evident from The Investigators’ efforts to return to the soul music that had fed their creative muses as children. This group morphed into Fast Eddie, a polished soul act that was managed by Eddie Piller. Many of the songs were exhilarating, as can be heard on Shake A Tail Feather, a new compilation of tracks showcasing the band’s great talents and vibrant energy.

From the get-go, the band sound primed for action: “Shake A Tail Feather” is performed with great excitement, especially from an unusually enthusiastic organ that’s blaring in the foreground. From that point, the band continues in such an exalted fashion, furnishing a setlist that’s equal parts frolicsome as it is ferocious. Indeed, they were one of the most exciting bands on the mod scene, and if they had a contemporary, it wasn’t The Sex Pistols, but Dr. Feelgood.

“Northern Soul sprung from the Mod sound,” Piller explained. “The idea of rare soul music played in a discotheque, by the likes of Roger Eagle, or Guy Stevens became the main face of Cool Mod. Small Faces and The Who became Teenybop Mod.” For a legion of fans looking for something a bit zestier, Fast Eddie provided an outlet, culminating in a collection of recordings that are crackling with electricity and energy.

Out of this setlist – some unheard for the best part of forty years – ‘Turn On Your Love Light’ is the undisputed highlight, pivoting focus from the crisp, jangly guitars on the rubbery, bouncy drums shuffling in the backdrop.

‘Sugar Coated Love’, despite the title, is refreshingly free from saccharine trappings. The bass-heavy ‘Ninety Nine & A Half’ offers another perspective to the album, giving it a muscular heft. Suddenly, the album demonstrates another perspective, giving it the chance to culminate in a series of explosive bass patterns. And then there’s the almighty whoosh of ‘ Teenie Bit Of Your Love’, which shows the band at their most charismatic and controlled.

The production is suitably airy, allowing the instruments the chance to breathe. In many ways, the album tries to present itself as a live gig, which Piller would have encouraged. “New Romantics at 50 look like sad old blokes in kilts and make-up. Mods at 50 look like cool blokes. You can’t be a punk or a New Romantic at 50, because you look shit. But Mod? You can dress like a Mod. There’s a really cool guy called Jeff Dexter, who was one of the first Mods in London, he taught the Quadrophenia people how to dance, he produced America, you know, the best British folk band of all time. He’s a legend. He’s still a fucking Mod, and he’s got to be in his late 70s. Mod is not for Christmas, it’s for life [laughs]. That’s a terrible fucking line.”

Mod is not just for Christmas, and although Fast Eddie would not have described themselves in such a way, neither are they. This is the music for the summer, so enjoy the grooves while summer still stands. Shake that tail feather!