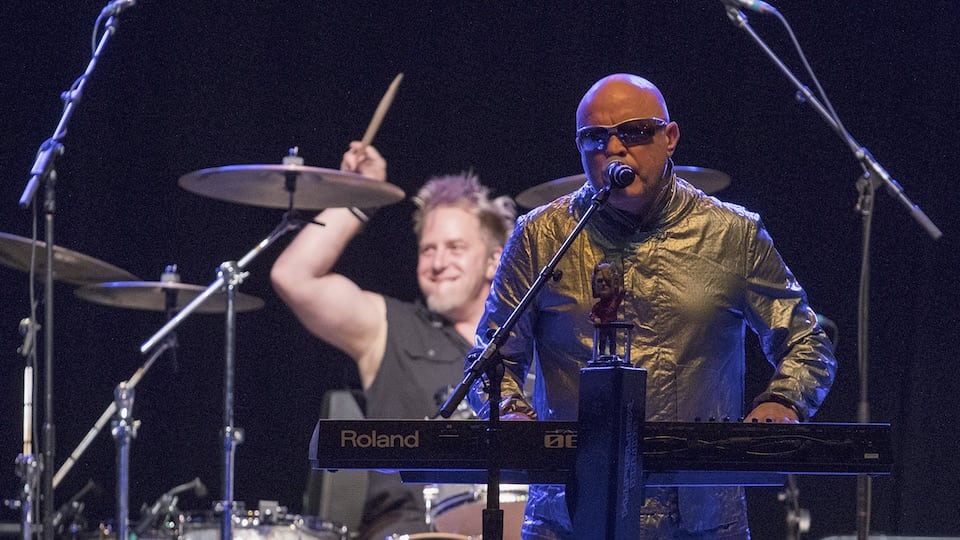 Popular music has long held a fascination with orchestral arrangements in its songs. The pairing goes all the way back to the beginning of the classic rock era, if not further. Conductor Peter Knight and the London Festival Orchestra are well known for their contribution to The Moody Blues’ groundbreaking concept album Days of Future Passed. And who can forget The Beatles’ orchestral crescendo on “A Day in the Life”? No matter the level of orchestration, the marriage between the Stradivarius and the Stratocaster works. Furthermore, there have been quite a few fairly interesting developments and manifestations in this realm of late.

Iconic ‘80s band A Flock of Seagulls is the latest group to jump into the orchestra pit for a chance to record their music with symphonic flair. And they’re not alone. A glance at the Billboard Classical Album chart shows the top 25 littered with classic rock bands such as Foreigner, The Beach Boys, Tommy Shaw (Styx), and even The Indigo Girls. Philharmonic fans may be discovering a taste of something new, while fans of the bands are getting blown away.

Released in July, Ascension marks The Flock’s first album recorded by the band’s original four members since 1984, and the first FoS release since 1995. John Bryan, of August Day Recordings, approached Mike Score (keyboards, vocals) with the idea of recording his hits with the Prague Symphony Orchestra, a thought, Score admits, had never occurred to him. The other members of The Flock, Ali Score (drums), Paul Reynolds (guitar), and Frank Maudsley (bass) were more than willing to reunite for the project. Although Score regularly tours with other musicians as FoS, reunions of the original four are few are far between. August Day knew that the best chance at a successful release involved rekindling the magic that made A Flock of Seagulls an ’ 80s New Wave sensation.

Related: “The Top 10 Albums That Defined Being A Teen In the ’80s (Reader’s Choice)”

Reworking The Flock’s ‘80s smash hits like “I Ran (So Far Away),” “Space Age Love Song,” and “Wishing (I Had a Photograph of You)” can be a tricky business. First, you must recapture the magic of the original quartet on tape. According to band members, that’s never been a problem. The proof goes back to 2004 and VH1’s Bands Reunited. On the very first episode, the band regrouped and played a masterful one-off performance after an 18-year hiatus. Lastly, if you’re going to give a song like “I Ran” a makeover, you can’t screw with it too much. “I Ran” has as much staying power as any song from the decade, maybe more. August Day knew to tread lightly here, and with the trust of the band, they added just the right amount of brass and strings to give the listener goosebumps.

If you are a diehard fan of the band, or if you’re interested in all things symphonic, then A Flock of Seagulls have put together undoubtedly the most interesting and comprehensive orchestral release ever. The set includes 5 CDs packed with 50 brand new recordings grouped by arrangement and containing a new 8 track CD single of their hit “Space Age Love Song.” Also included are two band stickers and four postcards featuring autographed headshots from each member of the band. Autographed photos from ‘80s icons? That sounds like a sure case of writer’s cramp.

The Flock is currently on tour headlining the Lost ‘80s Live! show which has performed across the United States this summer and continues through the end of September. Other acts include Wang Chung, Missing Persons, Animotion, When In Rome, Naked Eyes, The Romantics, Men Without Hats, The Motels, Bow Wow Wow, and Nu Shooz. Lineups vary from show to show, but regardless there is a ton of ‘80s song power packed in each stop. Be sure to dig out your Members Only jacket or your favorite pair of Jordache jeans and enjoy a retro-rocking good time.