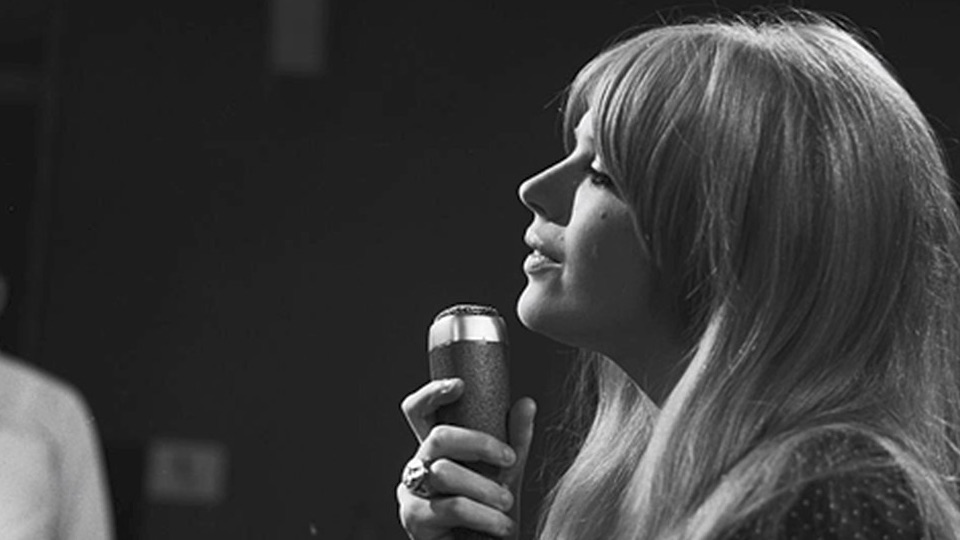 The word “groupie” has a mixed bag of a reputation in the rock ‘n roll sphere. It can be a term of mild derision for opportunistic fans who prey upon rock stars for a one-night stand, bragging rights, and some swag. But it more accurately describes devoted fans of musicians who will go to darn near any lengths to be close to their favorite rockers. It need not be merely a sex thing; groupies are people who love musicians and wish to thank them for the joy they bring.

There’s a wide range of engagement between celebrities and their fans, and one thing is for sure: groupie memoirs make for a fascinating subset of music literature. These books are often delicious, insightful reads that become our own backstage passes.

I’m With the Band is a fabulous tale of Des Barres’ sexual awakening during one of the vibiest times in music history – late ‘60s California, amidst the hippie Mecca of the Sunset Strip. Des Barres shares her squirmy teen journals and sunshiny outlook as we follow her pursuit of the musicians she revered. Riddled with sex and soul, I’m With the Band unearths her encounters with Mick Jagger, Keith Moon, Jim Morrison, Jimmy Page, Don Johnson, and her eventual rocker ex-husband Michael Des Barres. Her love for the makers of the devil’s music is abundant and devoid of bitterness. She has written subsequent books that have made her a high priestess of groupie-dom and joie de vivre.

Marianne Faithfull may be best known as a back-in-the-day muse of Mick Jagger, but she is far more than that. This brilliant, charismatic songbird (whose 1964 rendition of “As Tears Go By” was an enduring hit) speaks with brutal honesty and poignance about her idiosyncratic London childhood, wild-child adolescence, and an uncanny knack for being in the historic right place at the right time. She also struggled mightily with drug addiction, which led to a downward spiral and extended homelessness. But she says at the outset to “never apologize, never explain,” and it’s a dictum she follows as she relates her epic odyssey, filled with celebrity encounters and gritty humanity.

Bebe Buell was a fetching Ford model of the 1970s and ‘80s, a Playboy Playmate and mom to the gifted Liv Tyler. She was also connected with a slew of rock stars of the era – Todd Rundgren (who graciously allowed himself to be viewed as Liv’s dad for years when in reality it was the more problematic Steven Tyler), Rod Stewart, Stiv Bators, David Bowie and Elvis Costello. She also boasts of being a muse (the word “groupie” is not to her liking) of Prince…though this seems to border on the delusional. Born into a rather restrictive military family in Virginia, Buell made tracks for the West Coast rock scene and left an indelible mark. Her sense of nuance and humor is at a bit of a premium, but Rebel Heart has all manner of prurient adventures that make for worthy beach reading.

A stunningly beautiful icon of 1960s English pulchritude, Pattie Boyd could rest on her laurels for being the muse to two of the greatest music men of all time: George Harrison and Eric Clapton. A model who made a brief, life-altering appearance in The Beatles’ A Hard Day’s Night, she and George Harrison fell in love and got married. After a few years of feeling painfully adrift, she left him for his good friend Eric Clapton. Sounds like enough drama for several lifetimes, but Boyd has a wise, gentle spirit that transcends the headlines she sparked. Boyd has great culinary and photographic skills and possesses a refreshing honesty. It is a poignant thrill to read her book and get a better understanding of the woman who inspired  “Something,” “Wonderful Tonight,” “Bell Bottom Blues” and “Layla.”

Catherine James was an exceedingly beautiful girl who grew up in a home with an almost Dickensian level of parental mental illness and neglect. She also had a knack for survival and a child-like embrace of adventure. She fled her California familial madness for Greenwich Village in the 1960s, dodging police, hitching rides, and making a soft landing on Macdougal Street, where she immediately ran into Bob Dylan. James’ encounters with Dylan, Mick Jagger, Jimmy Page, Eric Clapton, Andy Warhol, and Jackson Browne make for an epic real-life tale of struggle and transcendence. A young mom who toted her adorable son (by rocker Denny Laine) everywhere she went, James makes peace with her insane upbringing as she evolves into a noble broad with a wonderful story to tell.

“She’s my cherry pie…tastes so good make a grown man cry.” 1990 was the year that the hair band Warrant came out with their hit “Cherry Pie.” The song was all kinds of icky, naughty fun, and a great earworm. And their video put it over the top thanks to the strutting, posing performance of Bobbie Brown, a blonde confection with snapping eyes and red lips, a gorgeous mane of messy peroxided hair and curves for days. One of the visual icons of the early 1990s, Brown led the life of a pampered video vixen, marrying Jani Lane, the late lead singer of Warrant. Later, she got involved with Tommy Lee, Dave Navarro, and Leonardo DiCaprio. Sadly, she developed a monstrous meth habit that initially kept her pin-up weight in check but then took her down in a horrifying manner. She was incredibly lucky to survive. Brown won’t win the Pulitzer Prize for her writing, but her story is squirmily engaging, filled with juicy gossip and flashes of self-awareness.

2 comments on “Groupie Memoirs: Music Muses Have Their Say”