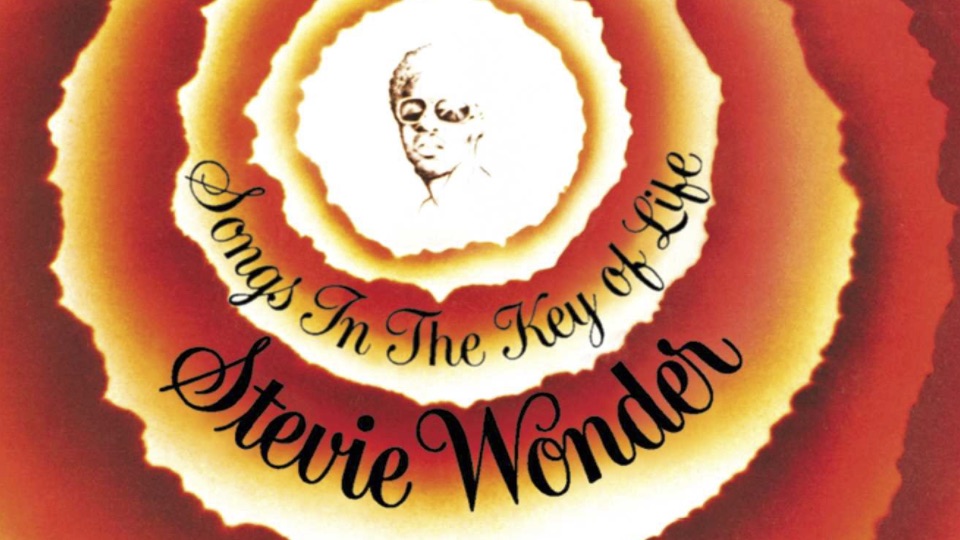 “Sir Duke,” “Isn’t She Lovely,” “Pastime Paradise”…Songs In The Key of Life is not only a hitmaker but is also regarded by many to be one of the finest records ever produced. The double LP marked Stevie Wonder’s transition from superstar to global megastar.

The start of a seven-LP deal with Motown, Songs has been certified “Diamond” in the US, claimed a Grammy, and has been cited by sources as diverse as Elton John and Prince to be among their personal favorite albums. Prince, in fact, openly proclaimed it the greatest album of all time.

High praise indeed – and the first fruit born of a $37 million deal with Motown. It claimed plaudits right out of the gate, but what’s in an album that would garner such praise so early in its run, let alone 45 years later?

Wonder has always been known to take his time in the recording process. Songs arrived after a two-year stint in the studio, which – back in the mid-70s – could have been considered tantamount to torture to fans and record producers alike.

It was certainly a labor of love, with Wonder having brought on board 130 different musicians – Herbie Hancock and Minnie Riperton among them. It arrived after a period during which he considered retiring. After all, he was at the top of his game, a chart superstar in his own right. You don’t court a seven-year deal with Motown without changing a few lives in the process.

It’s well-documented that he dedicated two years to Songs – which exploded in September 1976 as the perfect mix of R&B, jazz, and Latin music layered with autobiographical lyrics and political commentary. This was a record that not only intended to turn ears but heads – and it was almost unanimously celebrated on release.

Almost. Those even vaguely opposed to the LP claimed it to be excessive or incoherent. That’s hardly glowing for an album tied around a concept – but it was clear to most that Wonder intended the double album (plus an EP, as it happened) to be something of a feast for the ears. Each track offered something a little bit different, and never strayed into pop trappings or production shortcuts.

Some may say that heading into the 80s,  some of Wonder’s work carried more of that mainstream sound and value – not a bad thing when you consider the talent behind the machine. However, when you listen back to Songs, it’s clear why it’s perhaps the star’s most-revered. There is simply nothing else like it – its legacy is strong, but nothing has come close to this level of intensive eclecticism.

It wasn’t just as critic’s darling. As mentioned, it went Diamond – and that was over a decade ago. It was, in fact, the second-biggest selling in the US in 1977, only knocked back by Rumours.

What’s especially telling about the legacy of Songs, at least from a radio play perspective, is that some of the biggest songs weren’t even released as singles. While “I Wish” and “Sir Duke’” are largely considered the biggest releases from the album, tunes such as “Isn’t She Lovely” are among some of Wonder’s best-known. “Pastime Paradise,” in fact, is likely known by a whole other generation as a result of its heavy sampling in Coolio’s “‘Gangsta’s Paradise.”

The point, of course, is that the album remains timeless from a listener perspective – not just an album collector or Wonder connoisseur – and that’s testament to the sheer workmanship the singer-songwriter endured for those long, two years.

Regardless, few work on music quite as hard as Stevie Wonder. Songs was certainly not his sole claim to fame, as it was followed up by Hotter Than July and In Square Circle only a few years later – both still widely appreciated.

What’s most interesting about Songs is, of course, Wonder himself. While he’s written about his life through song, his process and his persona still remain fairly mysterious. Even more mysterious, of course, is Wonder’s gap between works – there was a full ten years between 1995’s Conversation Peace and 2005’s A Time To Love. Motown stuck with him – and so have the fans.

Many would argue that there is little need to better what’s already regarded as the best. What’s more, Songs is a rare beast in that it has a precise vision, a theme, a standpoint. In the modern age, it’s hard to come by such craft without verging into “concept” territory. That’s not such a bad label.

The “pop” effect of Songs was certainly an afterthought. Wonder intended this, perhaps, as his magnum opus. The Spotify generation is still enjoying the whole package to this day, with hundreds of millions of streamers continuing to listen to the album bit by bit.

Purists will claim that the best way to enjoy it, of course, is from start to finish – as intended. However, it’s likely that millions will continue dipping in and out of Songs – there aren’t many albums that have endured 45 years quite so well. Perhaps a dab of eclecticism here and there really is the key to longevity.

Complex, varied, crammed full of talent, Songs In The Key Of Life is a rarity in that you can hear the intense work and effort in every bar.