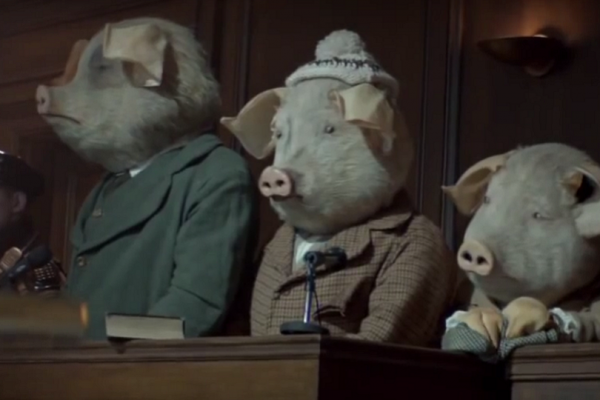 Partisans of both left and right lament what they see as biased media coverage. The press is too hard on favored candidates and too easy on opponents. Editors are accused of ignoring facts inconvenient to their preferred story. And this primary season has taught us the ease with which commercial media can can sometimes be manipulated by clever candidates. Thomas Jefferson saw clearly the importance of an independent press in creating a true democracy: “The basis of our government being the opinion of the people, the very first object should be to keep that right; and were it left to me to decide whether we should have a government without newspapers, or newspapers without a government, I should not hesitate a moment to prefer the latter.”

Although most media outlets contend that their coverage is fair and impartial, few go to any length to dig deep or present alternative views of events. There’s a monumental editorial distinction between a newspaper that seeks to educate and inform and a competitor that seeks only to report.

Britain’s The Guardian, which won the 2015 prize for Newspaper of the Year among other accolades, sets itself high standards for in-depth reporting and full examination of the issues. That ambition was captured brilliantly in a 2012 TV spot created by Bartle Bogle Hegarty – a new take on the old tale of the three little pigs and that nasty wolf. Beautifully conceived, shot and edited, “Three Little Pigs” dives imaginatively into a pool of conflicting facts, media madness and public opinion to present a familiar tale in a new light. The spot won nearly every major advertising creative award, including Cannes, and is credited with an appreciable improvement in The Guardian‘s business and reputation.

For more behind-the-scene photos from The Guardian ad, click here.

0 comments on “The Three Little Pigs: Victims or Perps?”