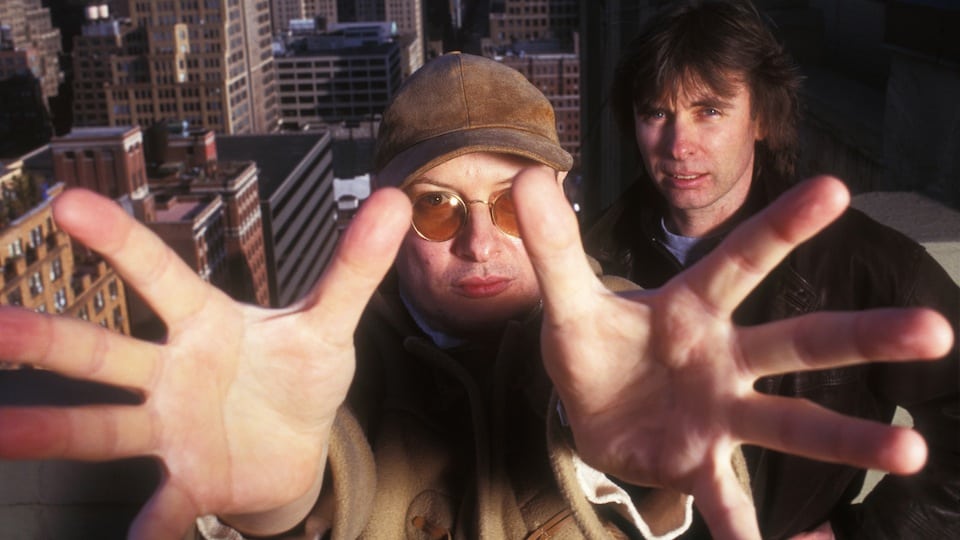 XTC was one of the great post-punk bands of the ’80s. They created cleverly-written, tightly-played tunes that made you want to dance to subjects as dark as war (“Generals and Majors”) and abortion (“Respectable Street”). Andy Partridge’s clear, stinging vocals zeroed in on harsher aspects of life (“Dear God”) – but Colin Moulding (bass), Dave Gregory (guitar) and Terry Chambers (drums) never lost the beat. XTC gave up touring in 1982 after Partridge suffered a nervous breakdown on a Paris stage. (He had a long dependence on valium to conquer his stage fright; his wife had thrown out his pills without telling him.) After that, the band became a studio group. Their 1986 album, Skylarking (produced by Todd Rundgren), gave us the Beatlesque confection, “Earn Enough for Us.” They soldiered on with a few more albums, but by 2005, the great XTC was essentially defunct.

There’s good news for fans, though: Andy Partridge has released a book, Complicated Game: Inside the Songs of XTC (with Todd Bernhardt). Composed of a series of interviews, it reveals the story behind 30 of the band’s best songs, straight from the source. There’s also more than a bit of reflection by Partridge, on the struggles for both money and critical respect for this often-overlooked band.

Elvis Costello published his own look back at his career, Unfaithful Music and Disappearing Ink; Partridge’s book is a fitting bookend, as another look at a band that created searingly-clever (and simply great) great pop tunes.