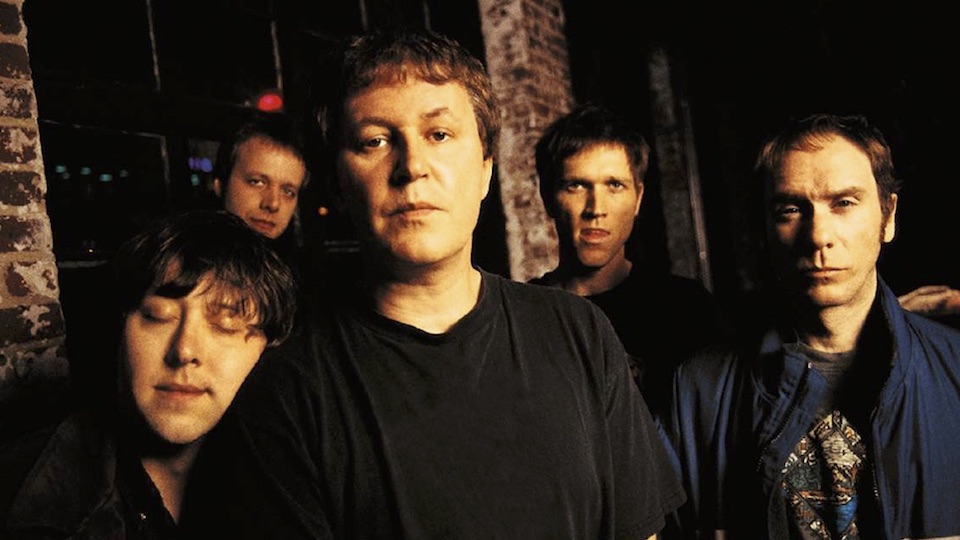 Getting into Guided By Voices can be daunting, to say the least. The Ohio rock outfit, fronted by the brilliant and irascible Robert Pollard, is ridiculously prolific: Pollard has written thousands of songs and his band has released 30 records to date (long-playing records that is…the list of compilation albums and EP’s makes their discography even more gargantuan).

Not only is the sheer scope of the GBV discography intimidating, but the proper entry points into the band are somewhat unclear. Guided By Voices have several classic eras with somewhat drastic shifts in sound and ethic, and many fans have difficulty agreeing on which period of the band’s career is most essential for newcomers.

Certainly, conventional wisdom pushes for new listeners to begin with classic albums like Propeller, Bee Thousand, and Alien Lanes. Released in the early 90s, these albums are often considered the most essential records of the “lo-fi” canon, and still define the basic image of the band. The early works, murkily recorded and intentionally scarred up with musical hiccups and production mistakes, are important for the same reasons albums like Ramones and Hi, How Are You are; they stand as solid proof that a great melody is all you really need to make pop music that is immediate and undeniable, and that rough edges can be aesthetic virtues, not flaws.

Yet as meaningful as the early albums are, they do not tell the full story of the band. By the turn of the millennium, Guided By Voices had evolved greatly, with Pollard replacing his classic lineup with new musicians, collaborating with serious producers like Ric Ocasek and Rob Schnapf, and eschewing the lo-fi leanings in favor of a cleaned up, bittersweet power-pop sound typified by records like Do The Collapse and Isolation Drills. While much of the music was met with a warm reception, the departure from their previous style created something of an ideological division with the fans. Both eras are beloved for their own reasons, but debate naturally persists as to which era of Guided By Voices is superior, and which era is a better gateway into the oeuvre. Was the band in its truest form when they were exhilaratingly imperfect or was Pollard actually at the height of his powers when his music was allowed to be as polished and accessible as his influences?

Of course, there’s no objective answer to such a question. But one way you might take the preference test for yourself is through a comparison of both versions of “Game of Pricks,” one of Guided By Voices’ most popular and iconic tunes. Your taste in this matter may be the best indication of where you should personally go digging for GBV gold.

The original “Game of Pricks” was released in 1995 on Guided By Voices’ classic Alien Lanes. The song sounds like a kidnapped version of Gerry and The Pacemakers forced to make hard rock in someone’s basement; it’s gritty, fierce, and blown out with distortion but buoyed by a light, emotional melody that cuts harder than all the exaggerated guitar fuzz. The lyrics are cryptic (as was standard for a band who wrote songs with titles like “The Goldheart Mountaintop Queen Directory”) but somehow convey emotional depth. Lines like “I’ll climb up on the house/weep to water the trees/and when you come calling me down, I’ll put on my disease” don’t make obvious sense, but when sung with conviction against the yearning ascension of guitar chords, they feel somehow heartbreaking.

The original version is peak lo-fi GBV. It’s so roughly recorded that you might believe your headphones are malfunctioning upon first listen. It’s not particularly dynamic and feels less like a collection of separate instruments than a single fuzzy mass of music, or like a mono garage rock demo that someone ran over with their car. I realize this is not a great advertisement for the song, but once you hear it, it somehow clicks. Robert Pollard’s melodic singing soars over the sea of noise and steers it forward, and suddenly the chaos takes glorious shape. All the imperfections slowly become emotional ornamentation, and the song ends up feeling less like an amateurish garage band and more like a lost power pop hit one might catch on the radio during some long highway journey.

The second version of “Game of Pricks” was recorded later that year for the EP Tigerbomb. Although the classic GBV lineup is still employed, the sound foreshadows the increasingly polished path that Pollard would soon take. The song is no longer sheathed in noise and the dynamic shift between verse and chorus is far more evident. The increased clarity benefits the melody, especially in the guitars, which rise above the vocals in soaring, majestic drones. Pollard’s singing is more subdued than the Alien Lanes version, and there’s a certain sadness to his delivery that contrasts with the original’s triumphant energy. Where the original is a self-assured kiss-off, the Tigerbomb version is fragile and uncertain, unprotected by the usual walls of distortion and bravado. It’s less grabby perhaps…but there’s a newfound sense of vulnerability in re-recording that’s obscured in the original.

Common wisdom states that your favorite version of Guided By Voices is the first version you’re exposed to, and that’s certainly the case with me. I became aware of the band through their later work, and as much as I love the original “Game of Pricks”, I find the cleaned-up version more moving and more flattering to the melody. I find this to be the case with most of the GBV discography; the studio-ized band might be less sonically unique but I find that Pollard’s songcraft shines brighter when the background noise is turned down a few notches.

There’s far too much to say about this band than would fit into any one article and trying to sum up the totality of what this band means in a few paragraphs is not going to make anybody satisfied. But I hope that, if you are new to Guided By Voices, you might find something in one of the “Game of Pricks” versions that appeals, whether it’s the honest exuberance of the original or the wistful clarity of the re-recording. Whichever road you choose to enter the world of Guided By Voices on it’s going to be a worthwhile journey.

Photo: Guided by Voices (fair use)

3 comments on “Guided By Voices: An Exercise In Compare and Contrast”