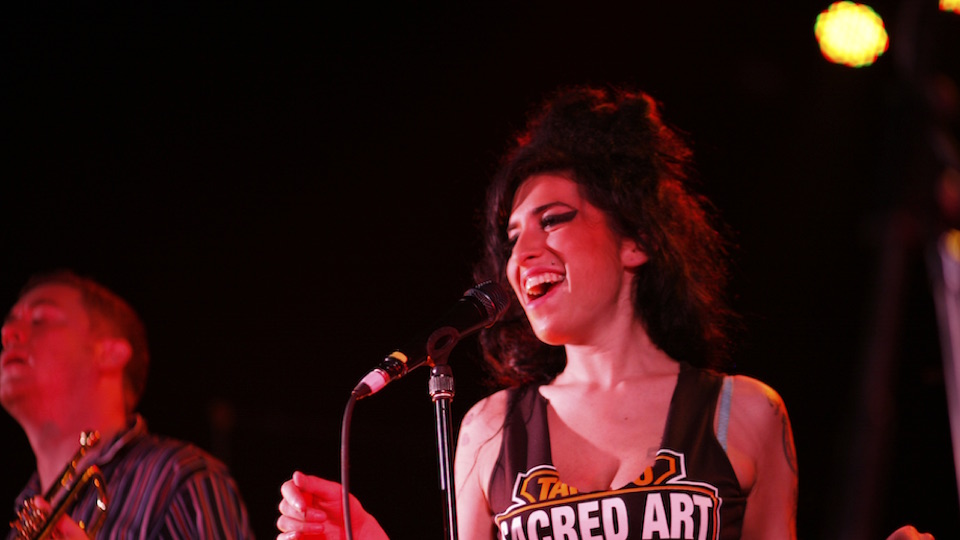 As with most aspects of life, women in the realm of pop have rarely received the due their male counterparts receive on a daily basis. Hear Her Voice is a recent compilation album that sets out to rectify this by highlighting many of the more precocious artists of the last fifty years. From classic fodder (Marianne Faithfull) to more modern-day singers (Jessie Ware), women have often dominated the pop charts, and it’s high time they were better recognized.

The album begins with Amy Winehouse’s storming “Back to Black,” a mournful essay on loneliness that has only grown in stature considering the nature of her death. From soul, the album winds the clock back to eighties hip-hop, where Neneh Cherry pounces, her voice poised on the microphone. And then Florence and The Machine enter, their “Dog Days Are Over” a portrait of the millennium pivoting towards a pandemic.

Kirsty McColl, best known to CultureSonar readers for her contributions on The Pogues startling “Fairytale of New York,” gets a chance to perform “In These Shoes?”, but the album’s most astonishing performance comes from Gabrielle, who delivers “Out of Reach” with passion and persistence.

“The breadth of female talent in the Universal Music UK catalog is immense,” declared Lisa Power, founder of reissuesbywomen.com, who compiled the set. “And it’s not overstating it to say that we were blown away by the overwhelmingly positive responses to be part of this collection, which showcases songs from some of the most critically acclaimed and enduringly successful albums by iconic women across six decades of music history.”

Punk favorites Siouxsie And The Banshees are presented via “Spellbound,” a thunderous rock number that gives this record the needed kick to engage the listener before American singer-songwriter Celeste takes the album in a more visceral direction. Compositions don’t need to be impactful to be memorable, but as long as they are memorable, they do tend to make an impact. And this collection certainly makes an impact, both as a statement of intellectual intent, and a document of historical pop interest.

Women continue to front groups, write tunes and play music. Billie Eilish sang the theme tune to the Bond film No Time To Die. Bjork continues to push the boundaries of her work, as well as the expectations of her listeners, while Yoko Ono divides custodian duties with her own esoteric form of songwriting. This album also features the smoldering Emeli Sande’, singing on the yearning “Next To Me,” a power ballad as infectious as it is indelible. “If any of the suffragettes lived right now they wouldn’t be saying, ‘We did it, you can sit back and relax,'” Sande’ claimed. “They’d be saying there is still so much to do.”

The album is flush with energy, longing, and moments of towering beauty, and although it doesn’t hold a grand narrative hook, the compilation certainly champions the women who sing from the bottom of their gut to the audiences in the seats.

At a time when women are fighting for the validation of their work, it’s more important than ever that men enjoy the music written to them by the superior gender. Perhaps this album will give you a taste for Marianne Faithfull, who recently recorded an album seeped in poetry, or it might make you pine for the copy of Back to Black you haven’t listened to since 2006. Hear Her Voice is a wonderful celebration of female artists and well worth a listen.