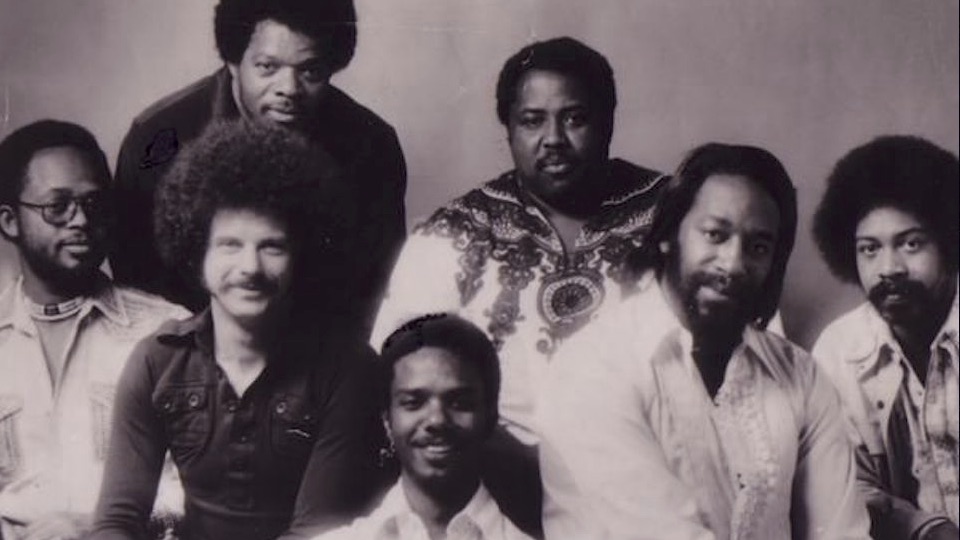 It’s time for war. No, not that kind but the kind that has mustered up a stellar collection of fun, solid music and that goes by the same aggressive name – WAR. Formed in 1969, seven young men from Long Beach answered the call to create a unique sound and became a force to be reckoned with. To complete their mission, the band drafted Copenhagen native Lee Oskar who would astound listeners with his magical harmonica deftness, especially in his fierce solo on the extended version of “Gypsy Man.” Pure fire.

Always cool and laid-back, WAR skillfully fused blues, jazz, soul, Latin, reggae, R&B, funk, and rock into their music which continues to influence artists, has been covered or sampled often, and featured in various films and commercials. The band celebrated its 50th-anniversary last year with a concert in Venice Beach, video releases on WAR’s YouTube channel, and the box set album release WAR 50: 1971-2021. The limited set includes five LPs pressed on color vinyl: War (1971); All Day Music (1971); The World is A Ghetto (1972); Deliver the Word (1973) and Why Can’t We Be Friends? (1975).

Hard to believe that WAR has been nominated for numerous Grammy awards but never won any, nor have they been inducted into the Rock and Roll Hall of Fame though they’ve been nominated a few times. Those millions of copies of records sold were not for naught. We joyfully bobbed our heads to “Cisco Kid,” mellowed out to “In Mazatland” and bounced to “Me and Baby Brother.” Give these men their due and place of recognition.

Today, 73-year-old Lonnie Jordan is the only original member still with the group. Lee Oskar currently runs a successful harmonica company, and it has been reported that when recording artist and harmonica player Junior Wells died, he was buried with a tray of Oskar’s harmonicas.

Tragically, Charles Miller was stabbed to death in a botched street robbery in 1980 and Papa Dee Allen died of a heart attack suffered while performing on stage in 1988. B.B. Dickerson, who was also band member Howard Scott’s nephew, passed away from a long, undisclosed illness in a Long Beach hospital in April 2021. Of special note, Jimi Hendrix joined WAR onstage in London in 1970 for what ended up being his last public performance before he died.

More than 50 years ago, WAR spoke to legions of fans about good and troubling times. The Vietnam war was raging, the Watergate scandal rocked the political landscape, and racial tensions erupted in inner cities. Yet somehow, WAR managed to tenderize even hard issues with feel-good music while staying on message.

Fast forward to today, racial strife, political scandals, hard times, difficult relationships, and actual war continue, and crying out through the madness still begs the question posed ironically by a band named WAR, “Why can’t we be friends?”