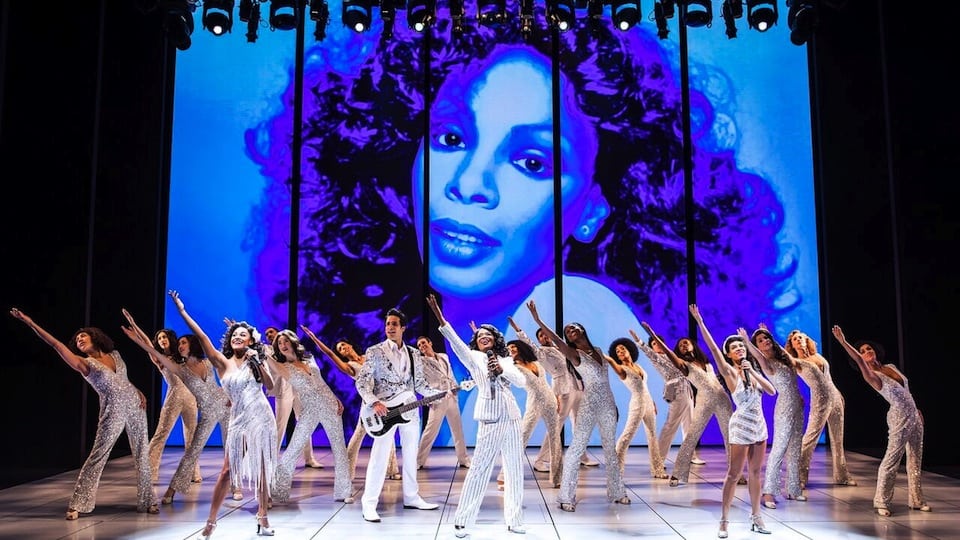 Much is made about what the first album we purchase reveals about us as well as our first 45. Yet what of our first double album? Doesn’t this actually say more about who we are individually? Doesn’t it indicate a greater level of devotion and demarcate our true transition to full-on fandom? I confess, I only bought Liza With a Z because of its cover art while my first 45, “Rock the Boat,” did not lead to a lifelong obsession with the Hues Corporation. In contrast, my acquisition of On the Radio: Greatest Hits Volume I & II really did reflect a passion for Donna Summer. That LP’s accompanying fold-out poster was one of only two to grace the bedroom walls of my teens. (The other was of Miss Piggy.)

I can’t remember if I were aware of it at the time but On the Radio was actually Summer’s first greatest hits collection, not an aggregate of two previous volumes. What I did recognize, even then, was that here was a diva who more than merited a double album. Her string of proto-electronica hits with Giorgio Moroder (“I Feel Love,” “Our Love,” “Try Me I Know We Can Make It”…) were hardly the peak of a career which continued to deliver the goods via titles like “MacArthur Park,” “Bad Girls,” “Last Dance,” and “Dim All the Lights.” Indeed, her 1979 collection’s two new tracks – the titular song “On the Radio” and the Barbra Streisand duet “(No More Tears) Enough Is Enough” – weren’t simply packaging stunts to generate sales. Both made it into the top ten based on their own merits. Correction: the top five. Further clarification: the latter went all the way to Number One.

All of this is to say that when at the start of Broadway’s Summer: The Donna Summer Musical, the golden-voiced LaChanze — one of three women tasked with playing the Queen of Disco — announces that this is going to be “the concert of a lifetime,” diehard Donna devotees like myself envision two possibilities: a flawless recap of The First Lady of Love’s life, and a peerless musical experience to incalculably enrich our own lives. And while this jukebox revue doesn’t quite reach those hyperbolic heights, Summer nevertheless is much more than a memorable medley of dance tunes. At least for some of us, LaChanze’s covers especially are going to trigger some fairly intense flashbacks.

See Related: “Musicals On TV: So Far, So Good”

Nostalgia really does come with a soundtrack, you know. And while I may have been the only audience member who almost inexplicably burst into tears upon hearing the opening strings of “Heaven Knows,” I can also testify that I was one of hundreds experiencing a giddy delirium when blinded by a hailstorm of silver sequins during a particularly intoxicating rendition of “Hot Stuff.” Summer is nothing if not communal.

For those unfamiliar with Summer’s own story, this show offers a family-friendly run-down in which child molestation, domestic abuse, pill-popping, and homophobia are each acknowledged, albeit cursorily. There’s a well-meaning attempt to right Summer’s painful rift with the LGBTQ community as well as a concerted effort to refashion her as a God-fearing feminist of sorts. Whether you’re willing to accept the apology or embrace the makeover will inevitably vary on a case by case basis. Personally, I think both agendas would’ve been better served if this production had truly embraced the concept of an all-female cast; currently, the chorus of women so deftly handle most of the bit roles, regardless of gender, that you wish these singers/dancers/male-impersonators had been simply given every part. I mean she works hard for the money, right?