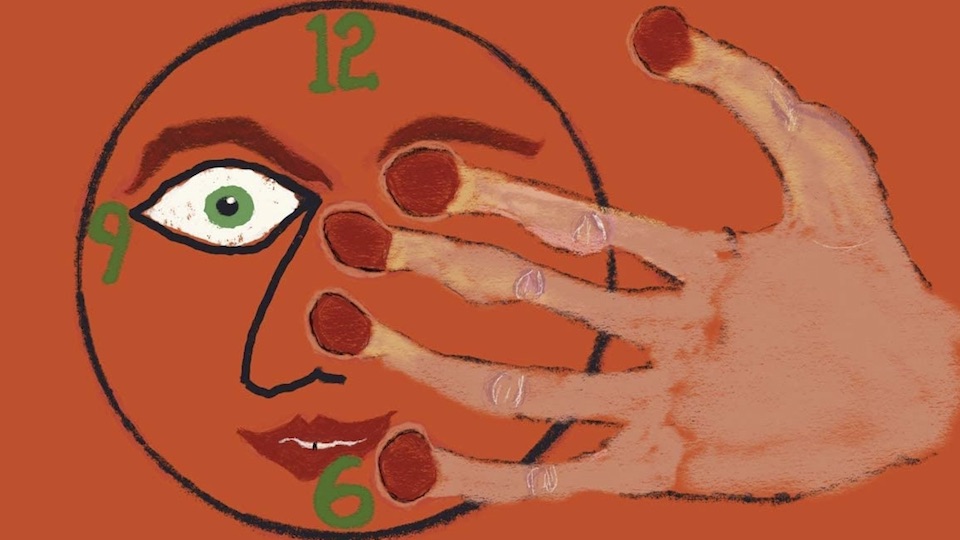 The fun thing about growing up as an Elvis Costello fan was that I could always count on something surprising.  His prolific output, consisting of 31 studio albums over 43 years, has produced a variety of styles and musical approaches. This body of evidence is proof that he’s one of the most successful artists despite continuing to live and breathe outside of the musical mainstream. So what more could he do?

Judging from his newly-released effort, Hey Clockface, he’s decided to visit his past. This is not a band album (from the Imposters, only the loyal Steve Nieve appears on various keyboards), nor is it a rock and roll album. It’s a wonderfully eclectic mix of songs that he’s touched upon before. It’s all here for us to enjoy: the world of orchestra ballads, roaring ’20s ragtime, brass-laden melodies, tech-driven-beat-box tones, and witty regrets. We return to textures from his past work, conjuring up familiarities like visits from old friends, as we pass sonically through these wide-ranging channels.

My most difficult task was to pick out the few times that an electric guitar appears. When it does, as in the opening track, “No Flag,” it sports a riff that will keep you up at night, and instantly snatches from his 1994 Brutal Youth album’s “20% Amnesia.” Initially, I thought this was a political song, but upon closer listen, the song revealed a hard-edge tune (one of the very few on the album) that goes down the path of missing love: “No time for this kind of love/No flag waving high above/No sign for the dark place that I live/No god for the damn that I don’t give!” We have been here before, but this time, Costello delivers with the punch and conviction of an older, wiser man done wrong.

We revisit his 2013 album Wake Up Ghost when listening to “Newspaper Pane” (written in partnership with Michael Leonhart and guitarist Bill Frisell, who in 1999 released a companion album to Costello and Burt Bacharach’s Painted from Memory collection). It’s a wonderfully- flowing song laden with horns that brings out rhythms reminiscent of his work with The Roots.

“The Whirlwind” could have been a tune straight from his 2003 North album (which hit #1 on the traditional jazz charts in the US that year). This is a beautiful piano-based ballad where he places his harmonies over his own recorded voice, a rare blend for Costello. Further down this trail is “The Last Confession of Vivian Whip,” a heartbreaking melody that brings us back to where he left off in 1996 with “I Want to Vanish” from the All This Useless Beauty album.

Just for old time’s sake, Elvis stands right next to the iconic writings of Carol King, with this album’s best song “I Do.” Listen carefully, as this tune contains a middle bridge very similar to her “I Feel the Earth Move” melody. It must have rubbed off, as King and Elvis partnered-up in writing “Burnt Sugar Is So Bitter” for his last effort, 2018’s Look Now album, that eventually won a Grammy for Best Traditional Pop Vocal Album.

Costello has toyed with the ragtime era several times, witnessed in his National Ransom album (2010) offered “Jimmy Standing in the Rain” and “A Slow Drag with Josephine.” Now he’s at it again with the title song, “Hey Clockface.” This tune blends the classic Fats Waller/Andy Razaf song, “How Can You Face Me?” perfectly, and jump-jives us to consider the dimensions of time and love.

Finally, while enjoying this album, the one observation that kept poking at me was how “young” the 66-year old’s voice sounds. Costello’s nasal Brit-twang is nearly gone, and his years have helped him become a truly powerful crooner. Something always surprising comes out of Elvis-land and Hey Clockface delivers on that as usual.