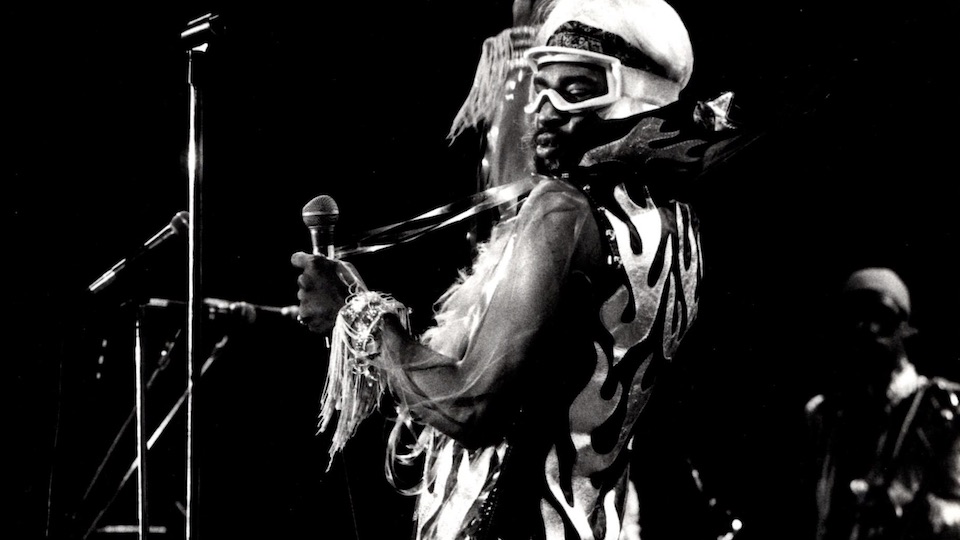 “A great band is a band that makes its presence felt. You change music. People around you start copying your sound. Parliament-Funkadelic was a great band!”-Nile Rodgers in 1998.

“A good composer does not imitate; he steals.”-Igor Stravinsky in 1967.

American popular music has always represented a continuum of ideas and concepts that evolves as society itself. Among even the most prominent innovators in music, their accomplishments showcase the influence of giants that came before them and helped to shape their own outlook. To be clear, Parliament-Funkadelic is a musical collective that has worn their influences on their sleeves. From James Brown, to Sly and the Family Stone, to Hendrix, to the Beatles, P-Funk overlord George Clinton has cited numerous times how these and other music legends helped to shape the P-Funk sound.

As P-Funk has been influenced, so can their influence be felt in a long list of post-1980 artists such as Prince, the Gap Band, Rick James, as well as the entire West Coast rap movement led by Dr. Dre, Tupac, and Snoop Dogg. The following is a list of the most obvious appropriations of the P-Funk sound. This list excludes rap songs that heavily sample the P-Funk catalog. It will, instead, focus on bands/artists who have dropped Funk jams that sound like George Clinton was in the studio with them directing the show every step of the way.

Fresh off stints with Frank Zappa and Cannonball Adderly, Duke recorded a series of albums that represented a tight fusion of Soul, Jazz, and Funk. In late 1977, Duke released the album Reach For It. The title cut gave him a Number 2 R&B hit that copped so much of the P-Funk sound, that Clinton and bassist Bootsy Collins awarded Duke with a “Mothership Flight Pass” at his live gig at the Forum in L.A.

The Gap Band would tour with P-Funk in 1979 and their single “Oops, Upside Your Head” showcased Clinton’s massive influence on the band,  defined by a series of Clinton-esque chants and a horn arrangement lifted nicely from the 1978 hit “Disco To Go” by the P-Funk spin-off act, The Brides Of Funkenstein.

Ray Parker Jr. and Raydio served as the opening act for Bootsy’s Rubber Band during their 1978 Player Of The Year tour. The glories of that tour apparently rubbed off two years later when Raydio released “For Those Who Like To Groove.” A largely instrumental club stomper that fuses Funkadelic’s One Nation Under A Groove and (“Not Just) Knee Deep.”

A manic dance floor smash featured on the double album Sign O The Times sees Prince overseeing a fast-paced funk groove complete with accelerated vocals, cursing, and homemade after-shocks. Thematically, “HouseQuake” would set the stage for his next album release, The Black Album (an album that would be recalled before its official release date).

This one-time project by En Vogue producers Denzil Foster and Thomas McElroy represents the deepest tribute to the P-Funk sound done by any R&B/Soul/Funk artist of the 1990s. Weaned on P-Funk from a very early age, Foster and McElroy lead the Nation Funktasia through a One Nation-inspired-funk throwdown complete with glee club vocals and Parliament-inspired bass synth madness.

Photo of George Clinton courtesy of the author

2 comments on “Imitation of Funk: The Best P-Funk Imitators”